Ecology Of Seaweed And Its Environmental Significance

Have you ever walked through a forest and seen all of the life it contains? Maybe you’ve noticed rabbits and foxes on the ground and birds sitting in the trees. Forests occur all over the world like the great redwood forest in California and the Amazon rainforest in South America. These forests also occur in the ocean where they are known as kelp forests. Like terrestrial forests, kelp forests provide an extensive ecosystem for many organisms from the sea floor to the ocean’s surface. 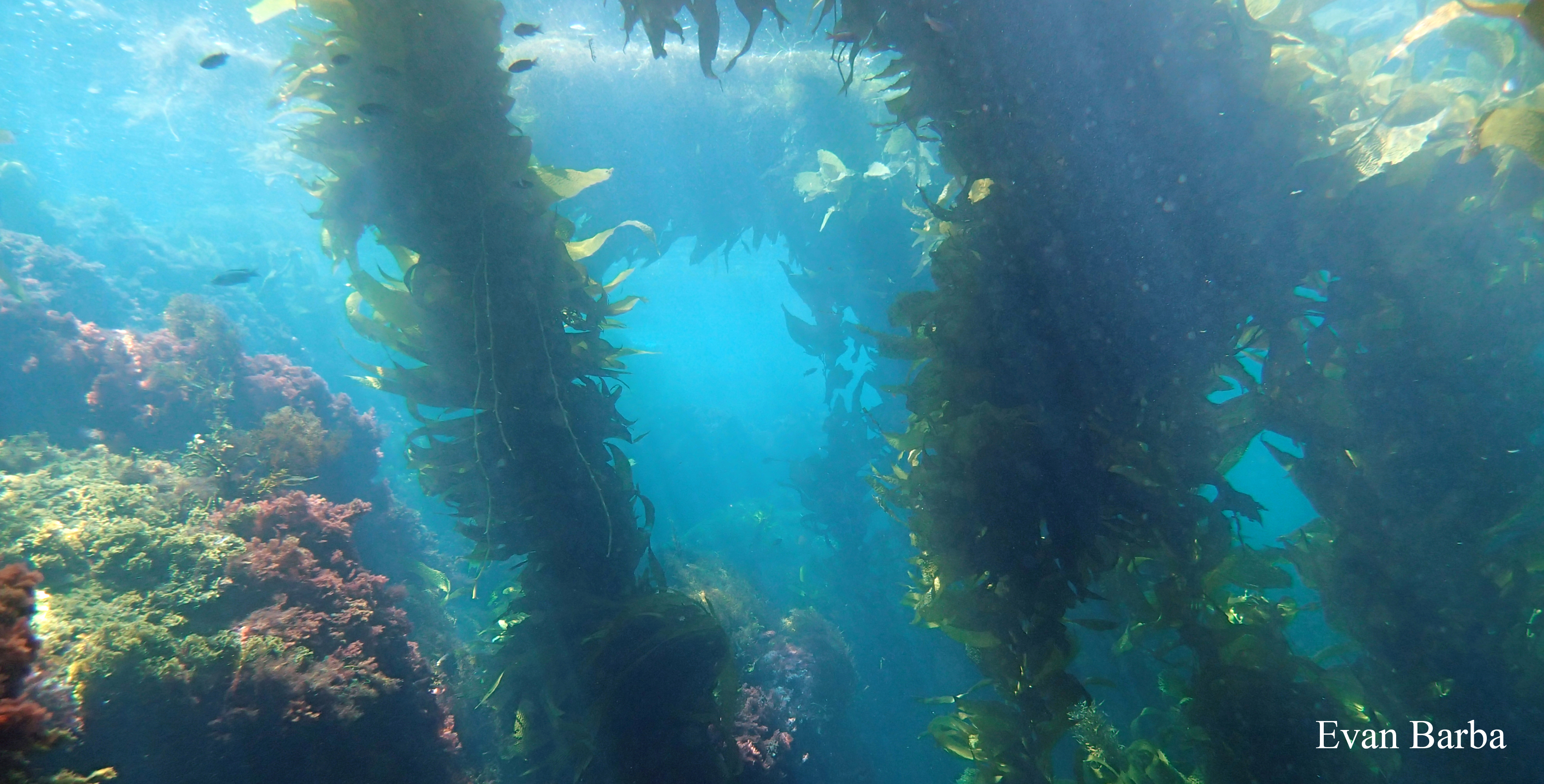 A kelp forest can be seen as an extensive underwater solar city where the kelp forest provides food and the “building” structure for many of its inhabitants. Because seaweed is a primary producer and makes its food from the sun, many organisms feed on the kelp and then in turn feed other animals. While kelp is food for many organisms, kelp also provides shelter for many forms of sea life. 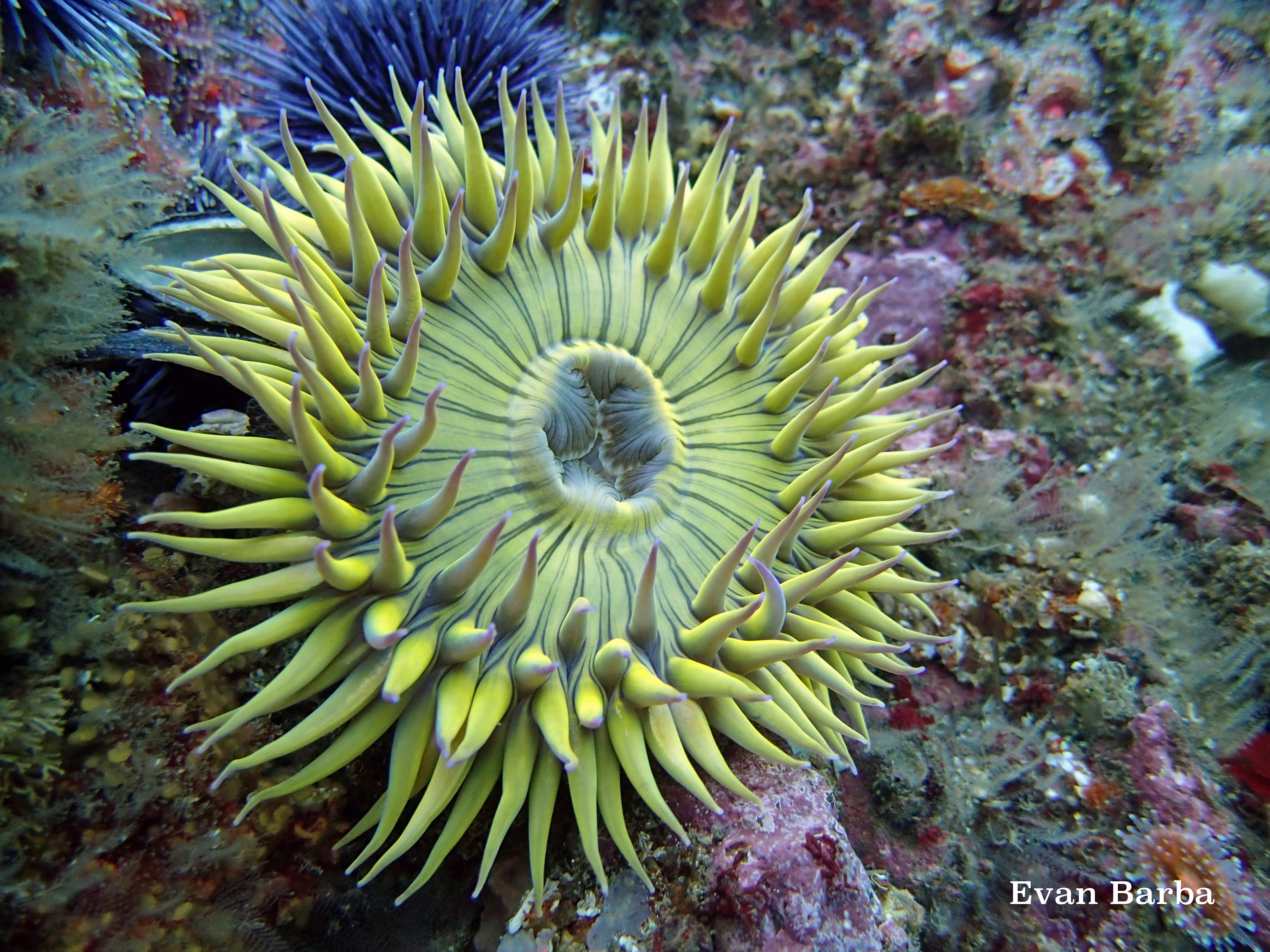 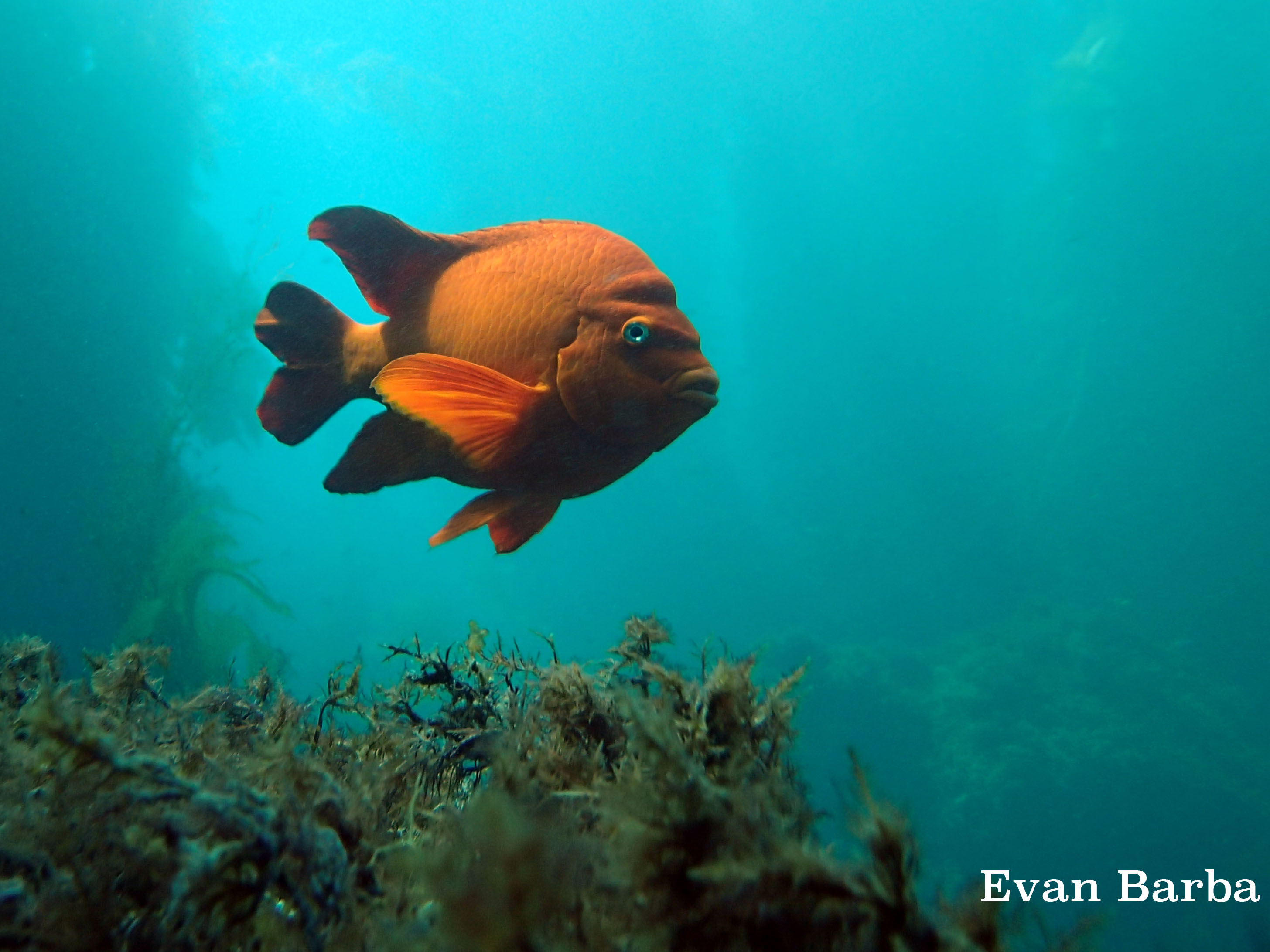 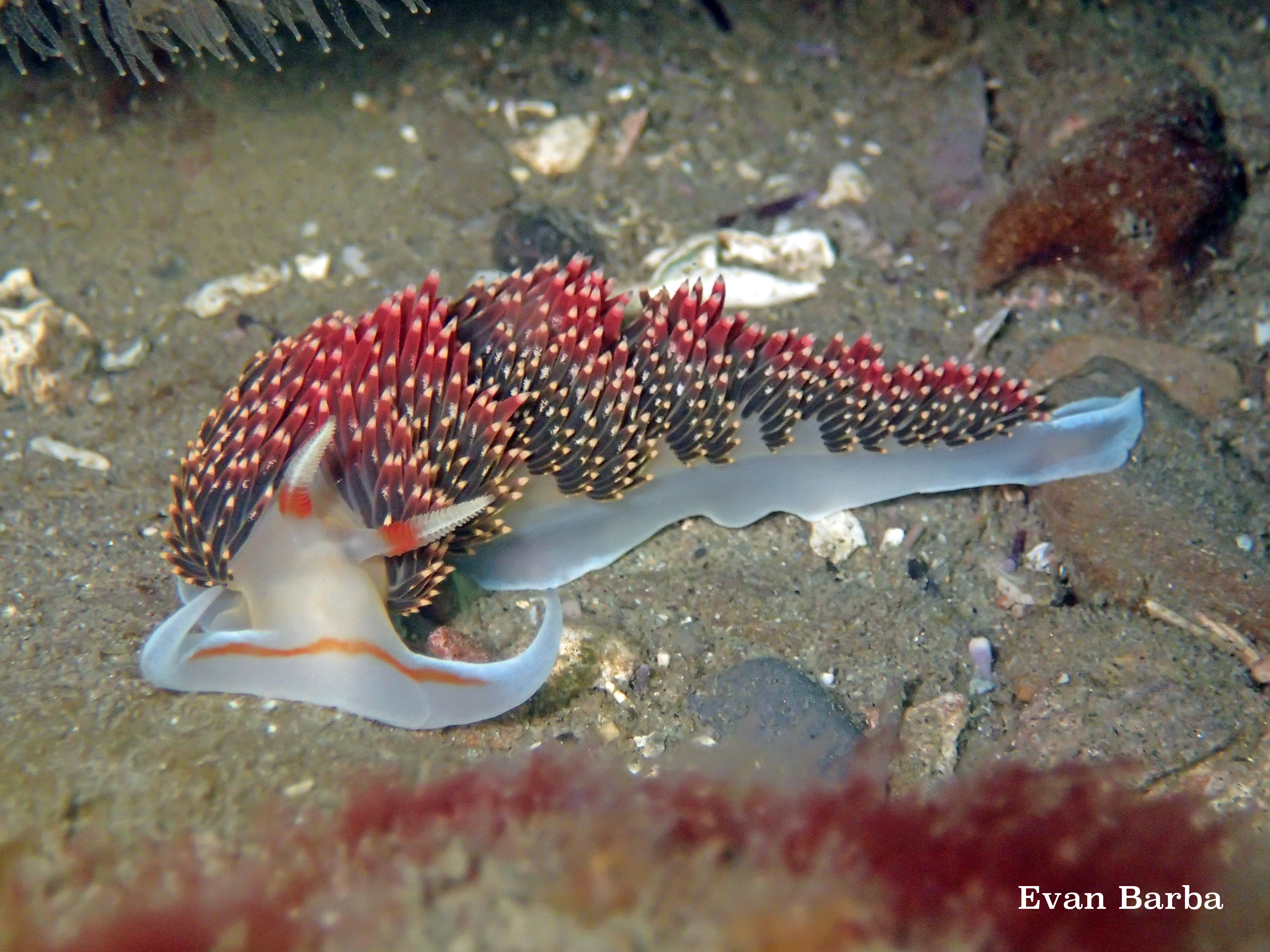 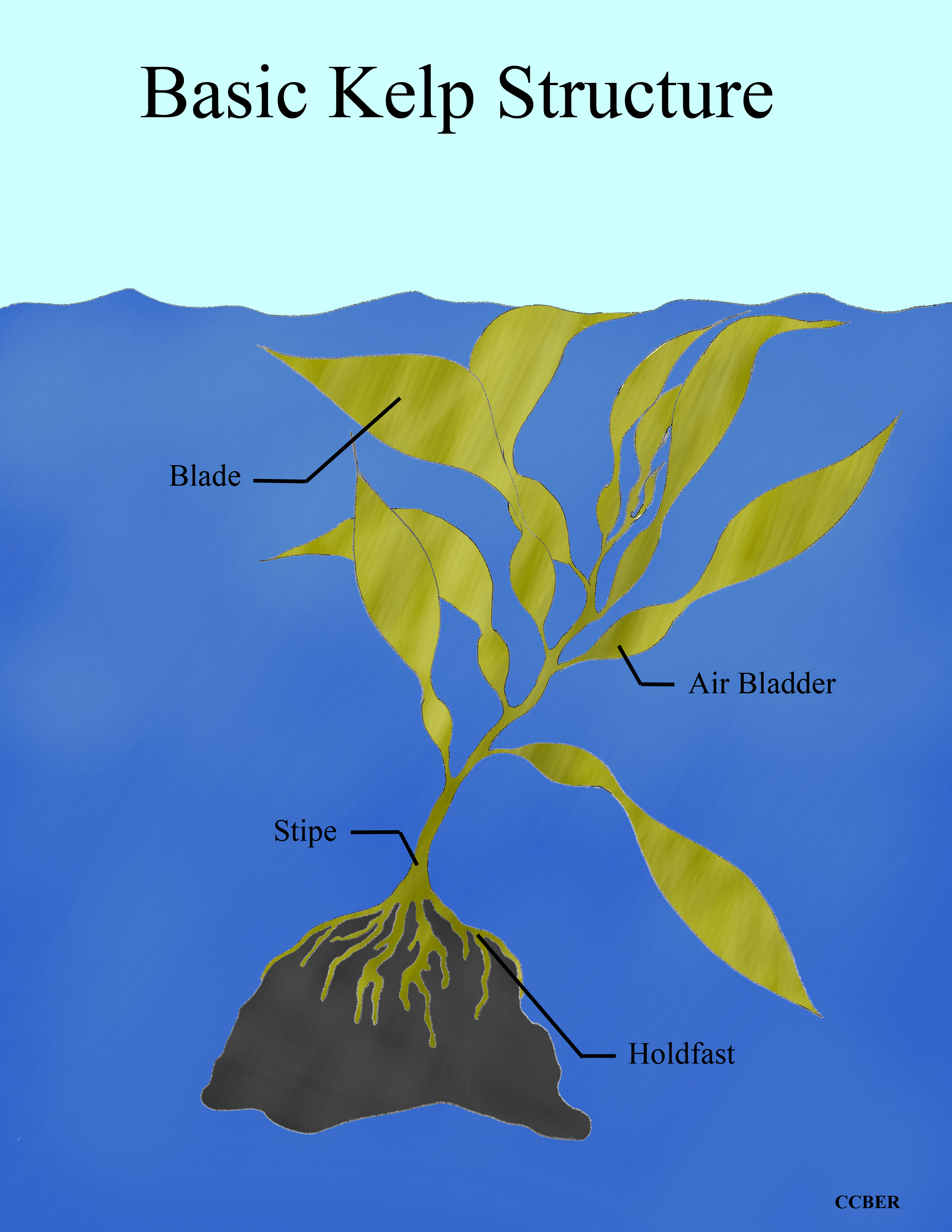 To better understand how a kelp forest works, it is important to understand the basic kelp structure. At the bottom of the kelp are the “roots” of the kelp or what is known as the holdfast. This root-like structure enables the kelp to attach itself to a rock. Next is the stipe, or the stem of the kelp. Where each “leaf” or blade comes off of the stipe, in some species there is also an air bladder attached. Since kelp doesn’t have a strong structure like a tree, the air bladders are like balloons that lift the kelp towards the surface to help it reach the sunlight.  Now that the basic structure of kelp has been outlined, let’s start at the holdfast and work our way to the sea surface to see how this underwater solar city works. At the holdfast, animals like sea urchins, brittle stars, sea stars, and sponges thrive.

From the first blades of the kelp all the way up to the sea surface, animals such as crabs may be found holding onto the stipe in search of food.  Octopi might also use the kelp as camouflage. Many fish swim around the kelp, such as the Garibaldi, the California state fish.  At the sea surface, otters float or attach themselves to the kelp so they won’t drift away in the ocean currents while they sleep or eat sea urchins and abalone.  All of these species in the kelp forest occupy their own niche. No separate species can occupy the same niche because competition for resources would drive one to extinction. It is believed that every species on Earth occupies its own niche.

Ecosystems are finely balanced; if a certain key species disappears, the entire ecosystem can drastically change. An example in the kelp forest is the relationship between sea otters and sea urchins.

The kelp forest ecosystem around the Channel Islands largely depends on the relationship between sea otters and sea urchins. Sea otters are a keystone species, because they play an extremely important role in maintaining the structure of the ecological community. Without them the type and abundance of species in the community would be totally different. 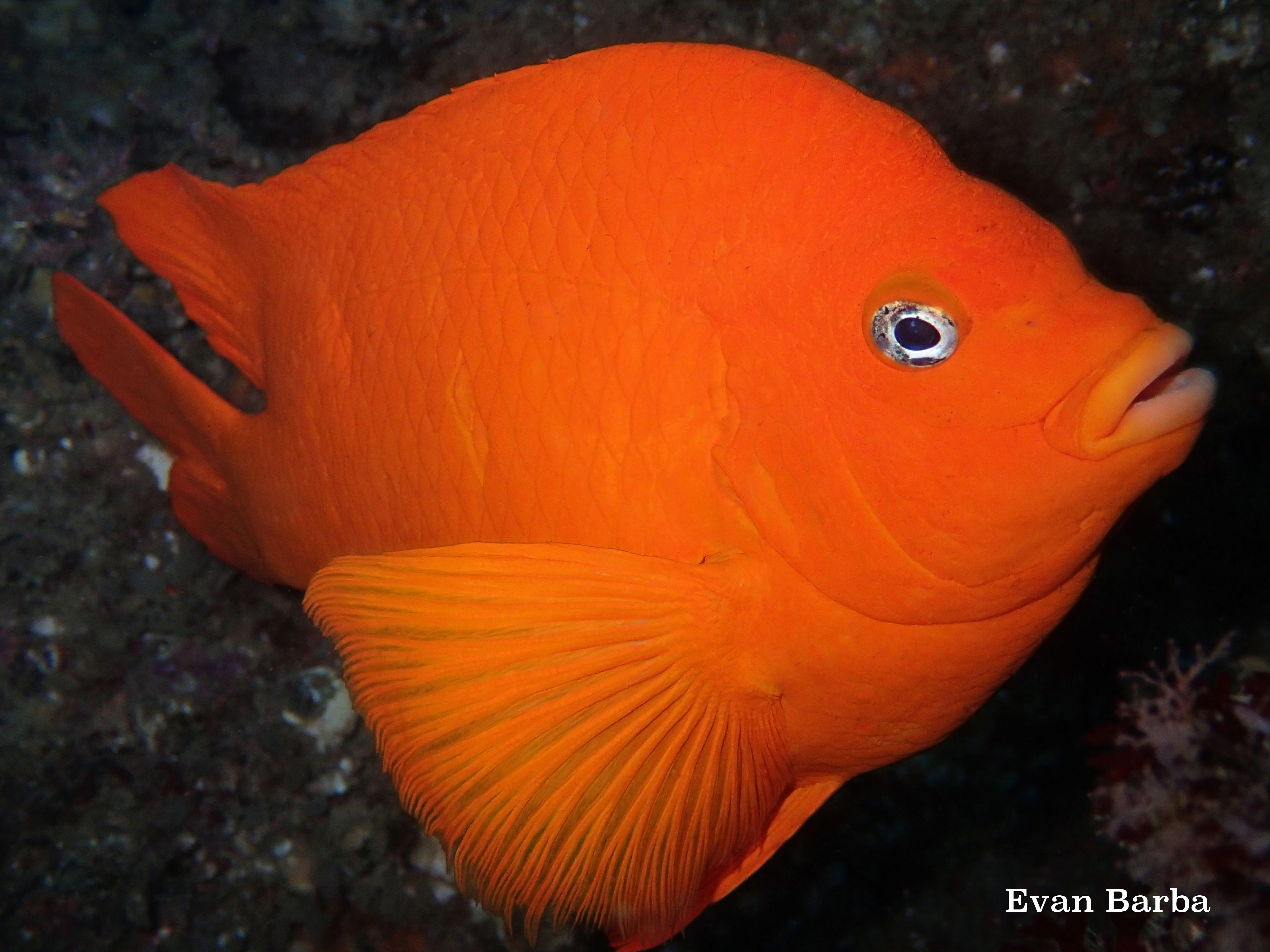 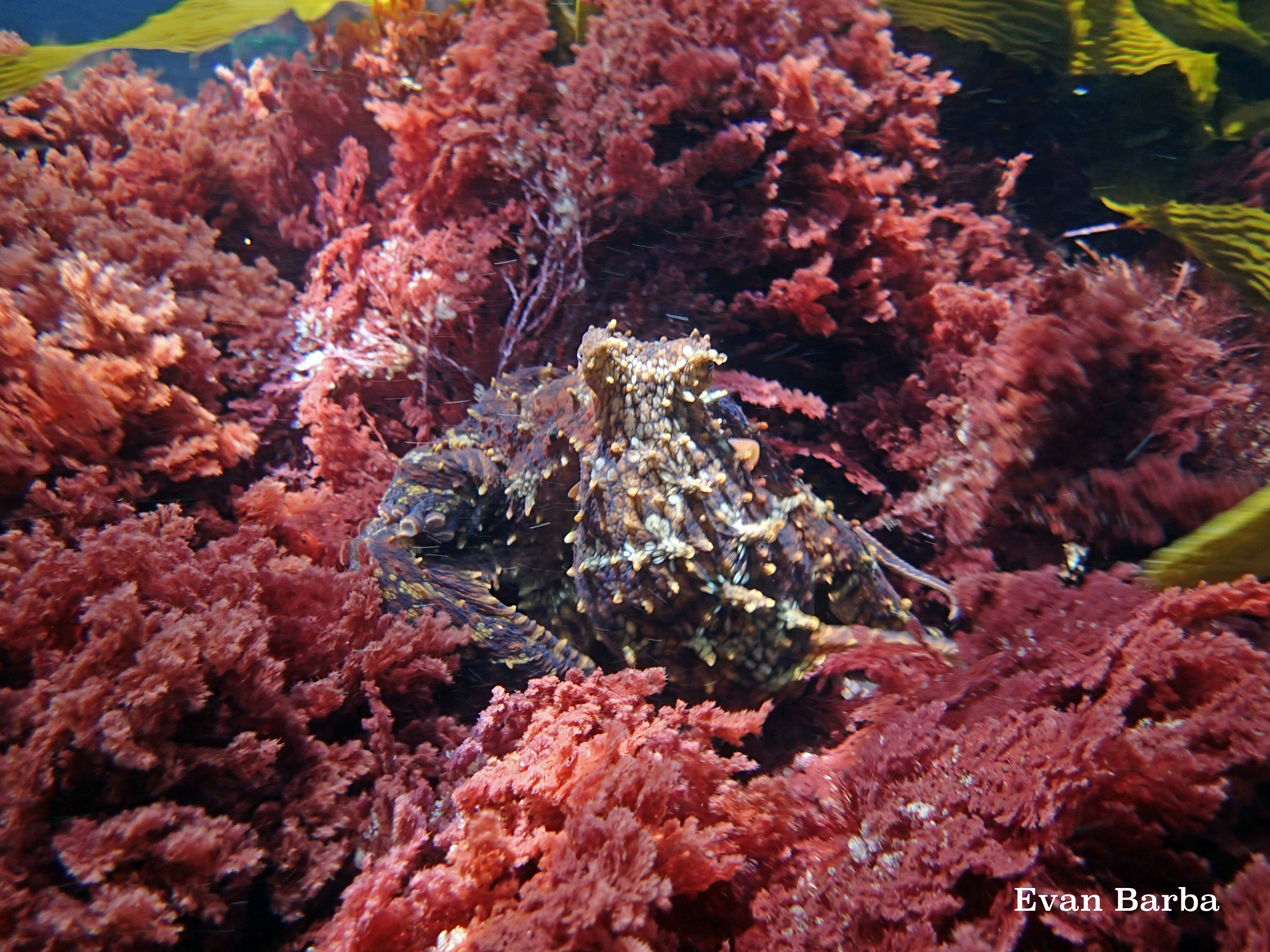 Sea urchins are like vacuum cleaners of the ocean floor. They help to clean up any kelp that has fallen to the sea floor. However, sea urchins also love to eat the holdfasts of kelp. Since sea otters feed on sea urchins, they help to keep the sea urchin populations in balance and in return help to maintain a healthy kelp forest ecosystem. 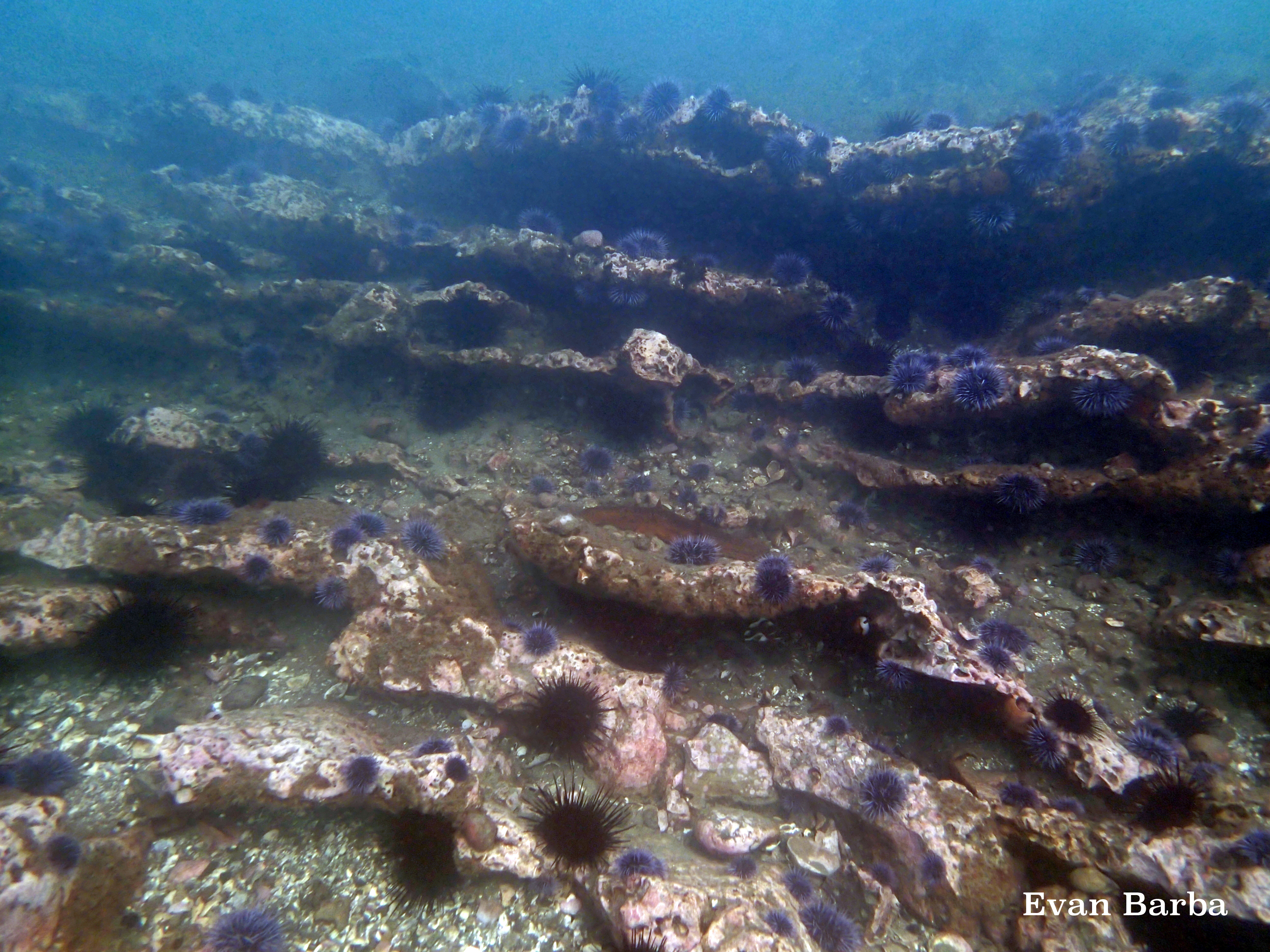 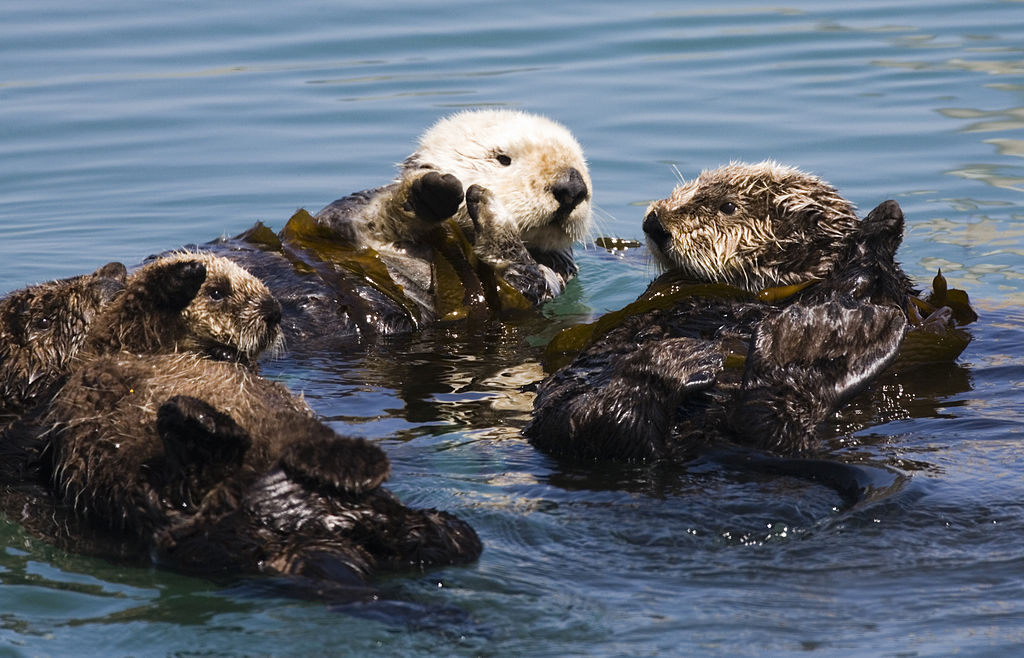 Sadly, after the sea otters were hunted to near extinction in California by the 1820s, the sea urchin population exploded because they were no longer being preyed on. In certain areas, where a once healthy kelp forest existed, now lies an underwater desert called an urchin barren. These urchin barrens contain low biodiversity, because the kelp forests that once provided important habitat are now nonexistent. However, due to the ban of sea otter hunting in the U.S. in 1911, sea otters are slowly making a comeback in California.

Holdfast: The root like structure that attaches kelp to the seafloor.

Air Bladder: The balloon like structure that is attached to the blades of the kelp to keep the kelp buoyant so it can gather more sunlight.

Niche: The specific place in an ecosystem that at a species holds in terms of habitat and resources. It’s thought that no two species can occupy the same niche.

Keystone Species: A very important species that maintains the structure of the ecosystem. Without it, the ecosystem would drastically change.

Ecological Community: At least two or more species that occupy the same ecosystem.