What is a salt marsh and why are we restoring one? 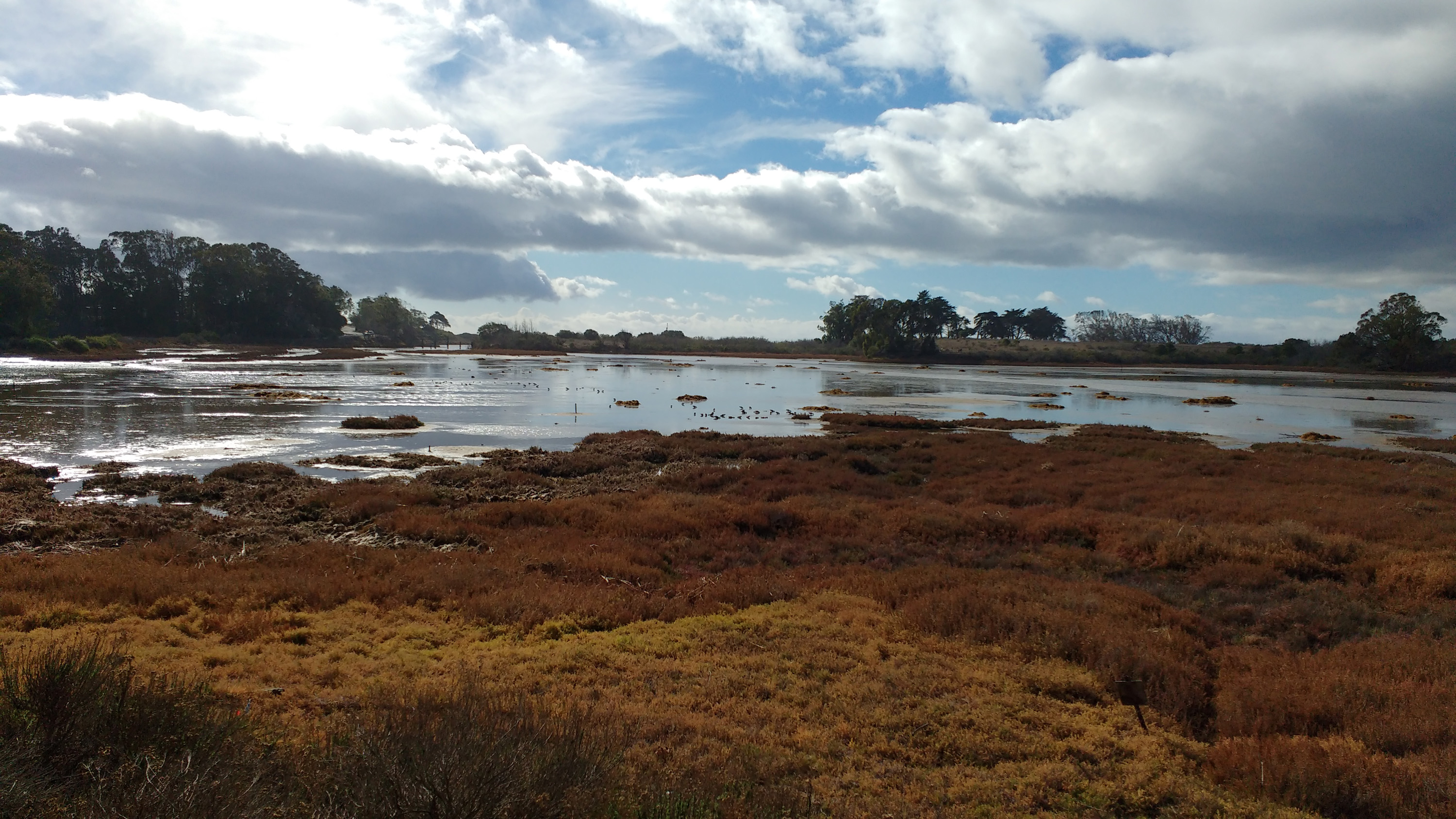 Part of the salt marsh of lower Devereux Slough in winter.

Salt marshes are unique ecosystems that develop along the coast where fresh and saline water mix in flat, low-lying areas that are rarely, if ever, disturbed by ocean waves. The most characteristic features of a salt marsh are short perennial plants with specialized mechanisms that enable them to grow and thrive in highly variable water and salinity levels. The conditions of saline environments can be as stressful as in deserts due to water loss through osmosis. Salt marsh plants have special features that reduce water loss, such as the succulent stems and waxy coatings of pickleweed (Salicornia pacifica), or the tiny silvery leaves of Alkalai heath Frankenia salina) that reflect the sun’s heat. Salt grass (Distichlis spicata) is particularly successful in these environments because it is able to extrude accumulated salts from its leaves (as seen in the far right photo below). 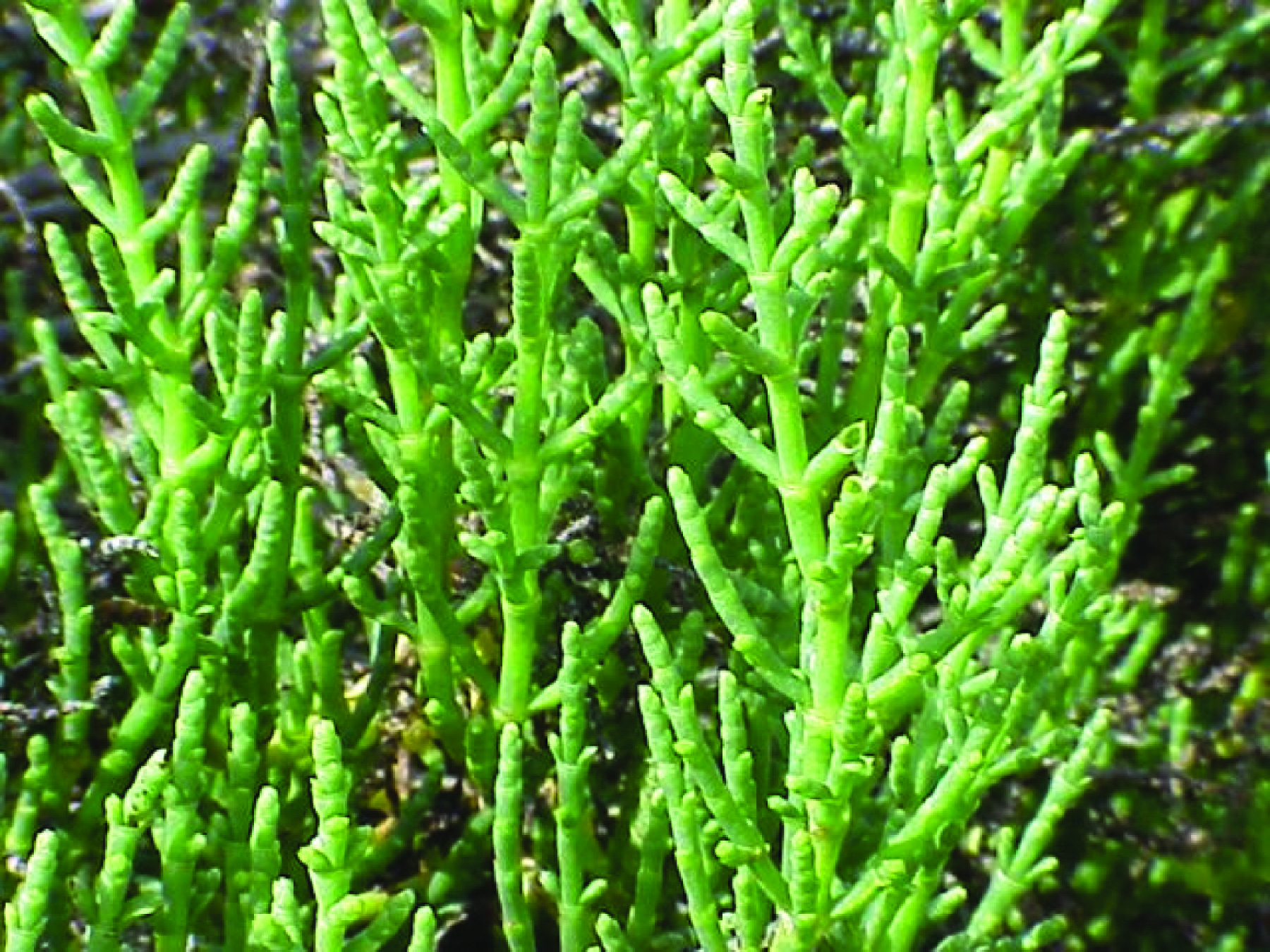 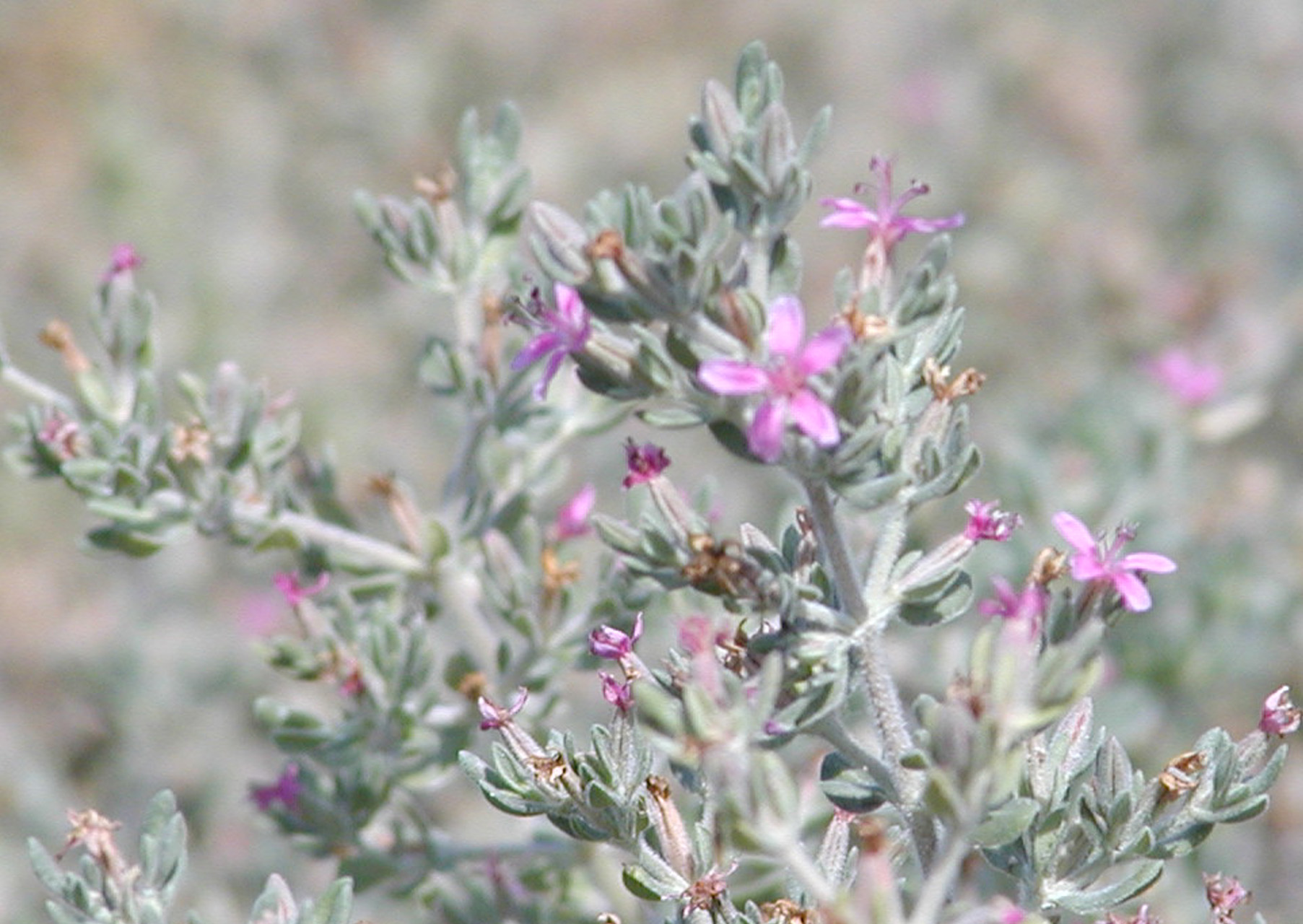 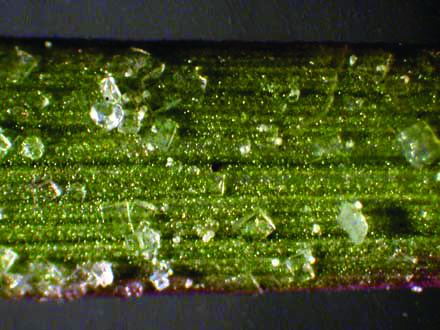 In addition to supporting a unique plant community, salt marsh ecosystems serve important functions such as: 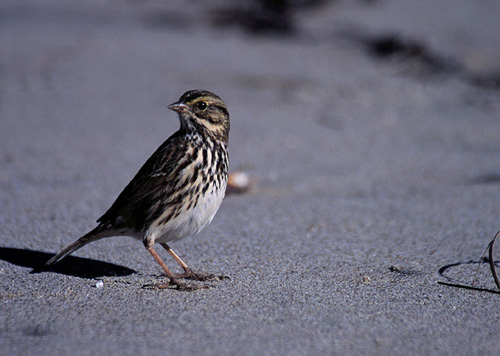 The North Campus Open Space (NCOS) restoration project is prioritizing the establishment of a salt marsh plant community because this ecosystem has been disproportionately lost as wetlands have been converted to airports and housing developments. Locally, the existing salt marsh remnants in the lower part of Devereux Slough could be lost as the sea level rises. This restoration project will provide a transgression space for the salt marsh habitat so that it is preserved as sea level rises. In addition, the restoration project and salt marsh habitat are adapted to serve as a natural flood plain that is at a low enough elevation to reduce neighborhood flooding and handle the potential for increased storm intensity predicted to occur with climate change.

Santa Barbara resident, Michael Love, recently produced a short natural history film about Devereux Slough (Click here to view). The film highlights the importance of the slough as a sanctuary for a myriad of birds and other wildlife, and also the seasonal hydrology and a history of the estuary, which used to include what became Ocean Meadows Golf Course in the 1960s. As part of the NCOS restoration project, Devereux Slough will soon be restored to nearly its original footprint.