Student Research on NCOS - An Essential Component of the Restoration Project

A significant motivation for UCSB to take on the restoration and stewardship of the former Ocean Meadows golf course is the site’s promising potential as an invaluable resource for education and research. In fact, the use of the site for education and research began even before the land was gifted to the university. With support from the Coastal Fund, UCSB undergraduate and graduate students conducted several research projects on different aspects of the site, and many of these influenced the development of the North Campus Open Space (NCOS) Restoration Plan. Early studies focused on the soil, weed cover, seed bank and water table conditions on the South Parcel site (the area between Coal Oil Point Reserve, Ellwood, and the former golf course). In 2009, Environmental Studies students Heather Liu and Cory Oleson looked at the relationship between soil properties and invasive plant species, and the soil seed bank. They observed what grew out of South Parcel soil samples at the CCBER greenhouse. From this work, we learned that the seed bank was nearly 100% non-native, invasive species, and that the weeds were associated with specific soil types. For example, pampas grass grows primarily on sandy soils. In 2011, Casey Peters, and undergraduate student in Ecology, Evolution and Marine Biology, set up an array of 11 two-meter deep index wells across South Parcel to monitor the groundwater table. An additional 9 index wells were installed across the golf course in 2013. Another student, Angel Roman, used the data collected from these wells to map the water table. She showed that subterranean water flows north from South Parcel towards the western arm of the golf course, where the water table is about 2 to 3 feet closer to the surface than in the central and eastern parts of the golf course.

Along with the water table studies, the results of studies of the golf course soil helped with restoration plan decisions such as how much soil to excavate, and how suitable the soil is for growing native plants. For example, in 2012, Maya Daumal, an environmental studies student from Germany, collected 30 soil cores up to 2 meters deep to assess the texture and salinity of the golf course soil. She had to dodge golf balls while collecting the soil cores! This study revealed that much of the soil contains a high proportion of clay, and the salinity is generally high. These results contributed to the creation of a map of surface soil salinity and vegetation types across the former golf course, and prompted a subsequent research project by graduate student Maddie Nolan and a team of 10 undergraduate interns. 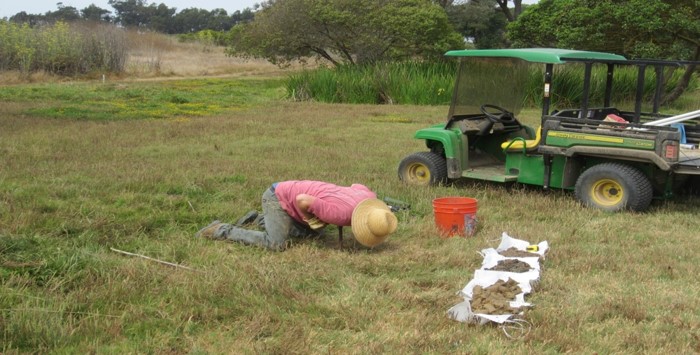 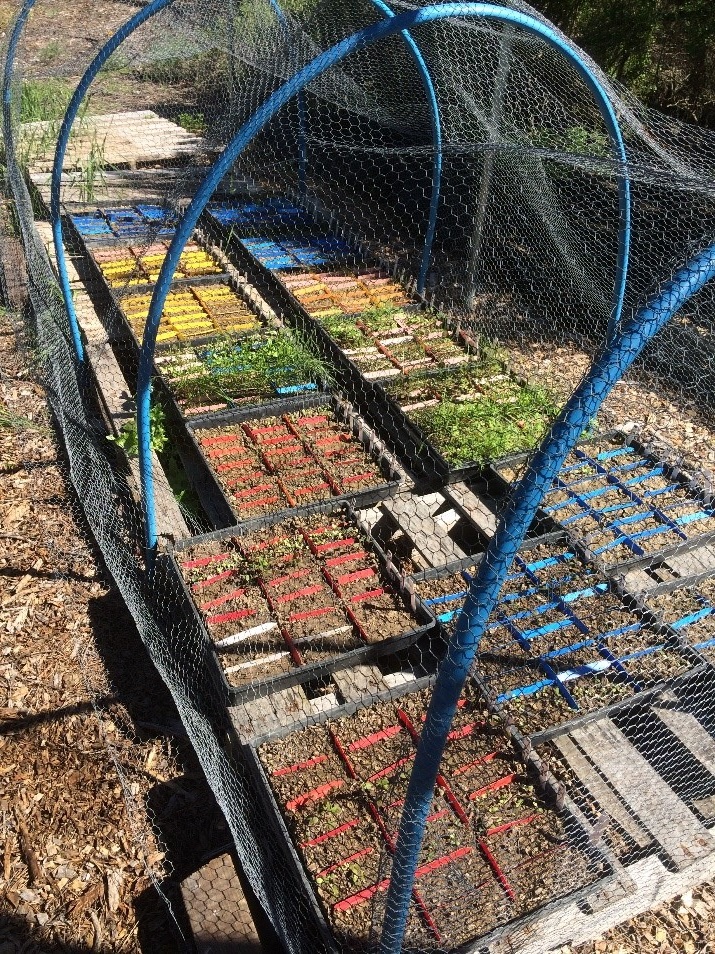 Maddie’s project was an in situ experiment that tested the effects of different soil amendments on the growth rate and survivorship of six locally sourced native plants, three grass and three small shrub species. Some of these plants are tolerant of salty soils, while the others are less tolerant. The amendments tested were biochar, gypsum, and mulch, as well as a control (i.e. no amendment), and these were split into two groups, one with fertilizer applied and one without. The results indicate that the low nutrient content of the soil may have a greater impact on plant growth than salinity. Overall survival of plants averaged between 50 to 80 percent with minimal watering. A follow-up study conducted this spring by graduating student Anne-Marie Parkinson examined how seeds from seven different native plants germinated in each of the treated soils from Maddie’s experiment and in the CCBER greenhouse soil. Results showed that most species germinated successfully in all soil types, with the greatest germination and growth occurring in the nutrient rich greenhouse soil, which was expected. 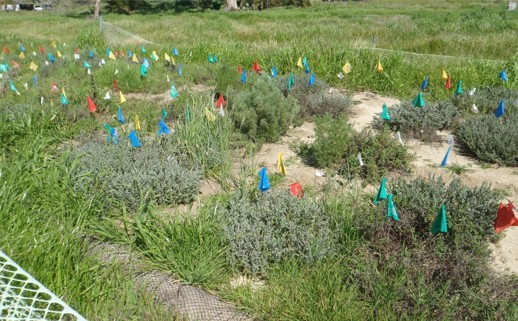 Student experiments in the field (left) and at the CCBER nursery (above) that tested the effects of different soil treatments on native plant growth and survival.

Other interesting and important student projects examined the public access and use of the site, and the abundance and diversity of terrestrial arthropods and reptiles on NCOS. In the spring of 2015, a team of students surveyed and recorded the location, time, age and type of use (e.g. commuting, exercise, dog walking or other recreation) of people accessing the NCOS site. Some of the results of this study showed that only 6% of users surveyed had dogs off leash, and most people entered and/or left the site at the southeast corner, using the Venoco access road to reach Coal Oil Point and/or the beach. A cover board study on South Parcel during 2012 to 2014 observed many more invasive Argentine ants than any other arthropod, and twice as many western fence lizards than any other reptile.

In the spring and summer of 2016, a group of 8 undergraduate students did a comprehensive sampling of terrestrial arthropods (e.g. insects and spiders) in 6 broad habitats on the golf course and south parcel (now collectively called North Campus Open Space). More than 100 samples were collected, and students continue to sort through and analyze this data. Some initial findings are that parasitoid wasp biodiversity is associated with overall arthropod biodiversity, and it may be possible to use these wasps as an indicator species for overall invertebrate biodiversity. 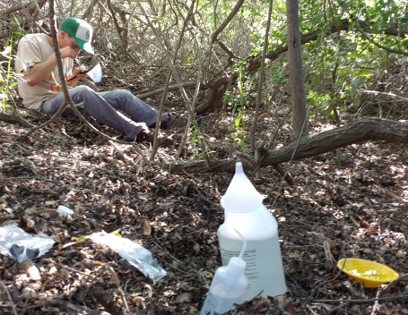 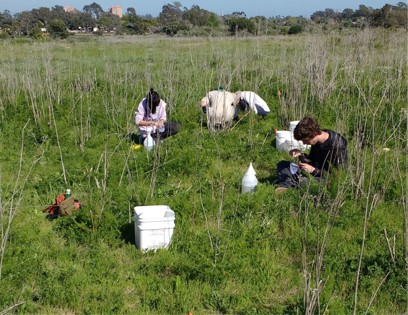 A key benefit of all of these studies is that they provide a large set of baseline data that contributes to the NCOS restoration project. In addition, this data can be compared with future studies to assess the effects of the restoration on just about any aspect of the site. As the restoration project progresses, there will be many opportunities to study ecological and social processes on NCOS. Future studies will examine topics ranging from the colonization rates of NCOS by invertebrates and other wildlife, to the project response to storm events and sea level rise, and impacts associated with the site’s urban setting, such as from pets, people, and nutrients, sediment and trash in stormwater runoff.