When you walk around the North Campus Open Space you see a landscape dominated by locally sourced native plants and an on-going pattern of targeted weed-control activities by the staff. In the soon-to-be-finalized Year 5 monitoring report you will see that all of the nine monitored habitats have reached all or most “success criteria”, but not all criteria in all habitats. Success criteria include the total absolute plant cover, relative percent cover of native plant species, the percent cover of listed high-priority invasive plant species, and the total native plant diversity. These criteria become more stringent each year with increasing expectations as the project progresses, see table below. 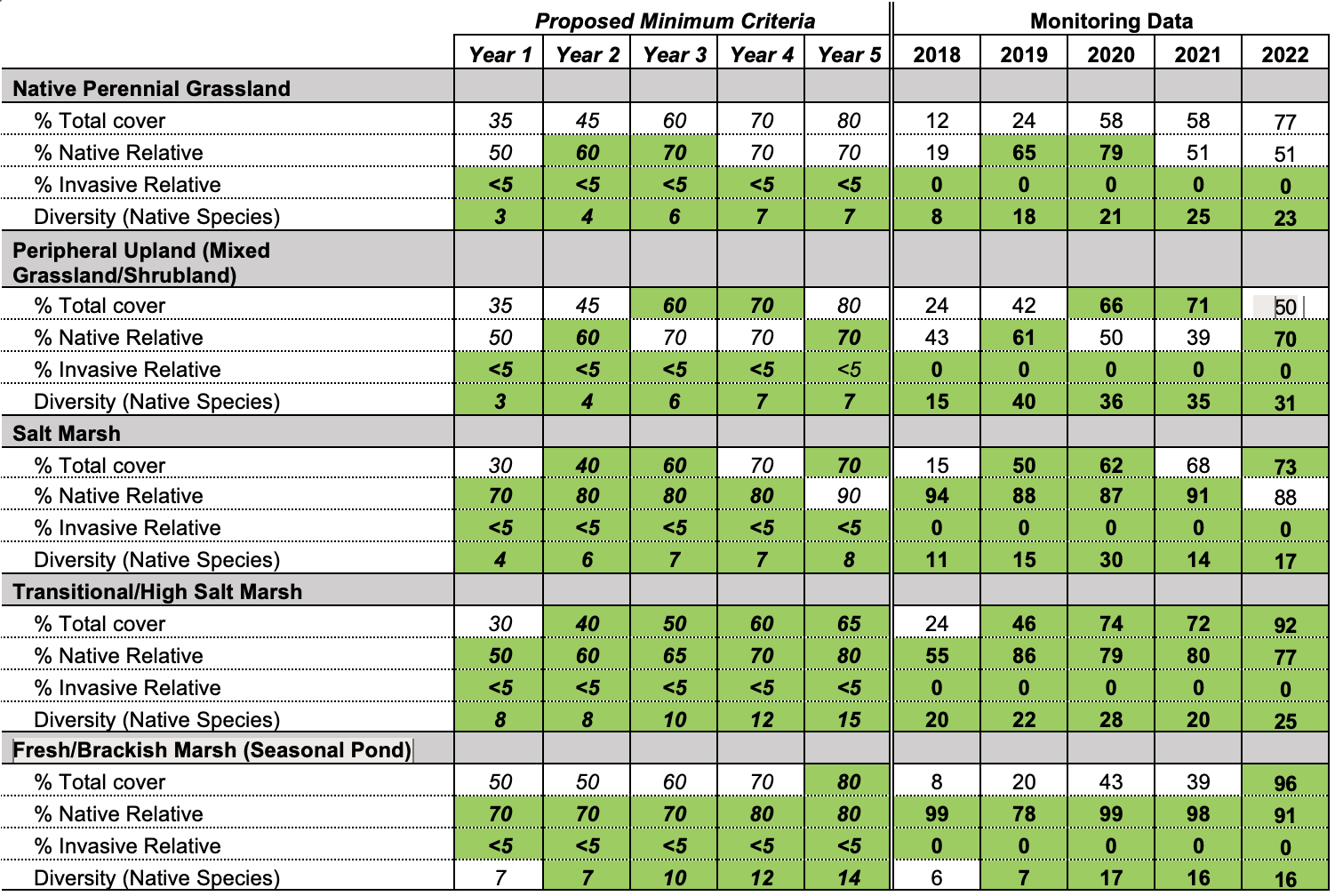 Comparison of vegetation monitoring data with proposed minimum success criteria for target habitats/plant communities. Green highlight indicates that a criteria has been satisfied.

In designing the North Campus Open Space Restoration Project, the Cheadle Center worked with permitting agencies to delineate the ‘success criteria’ for each of the proposed habitat types. Because this was a grant-funded project spearheaded by the Cheadle Center, we aimed high, in some cases, inappropriately high. In fact, I postulate that, from an adaptive management perspective, we have met all meaningful success criteria for all plant communities. For example, the success criteria for the habitat we call “Peripheral upland” which borders the homes, has a criteria of 80% total plant cover in the 5th year, however, a set of the monitoring plots fall within the mulched fire break between the restoration area and the homes, which artificially lowers the mean total plant cover data. Since the vegetated portion of those transects exceed 80%, we consider that habitat to have met success criteria. 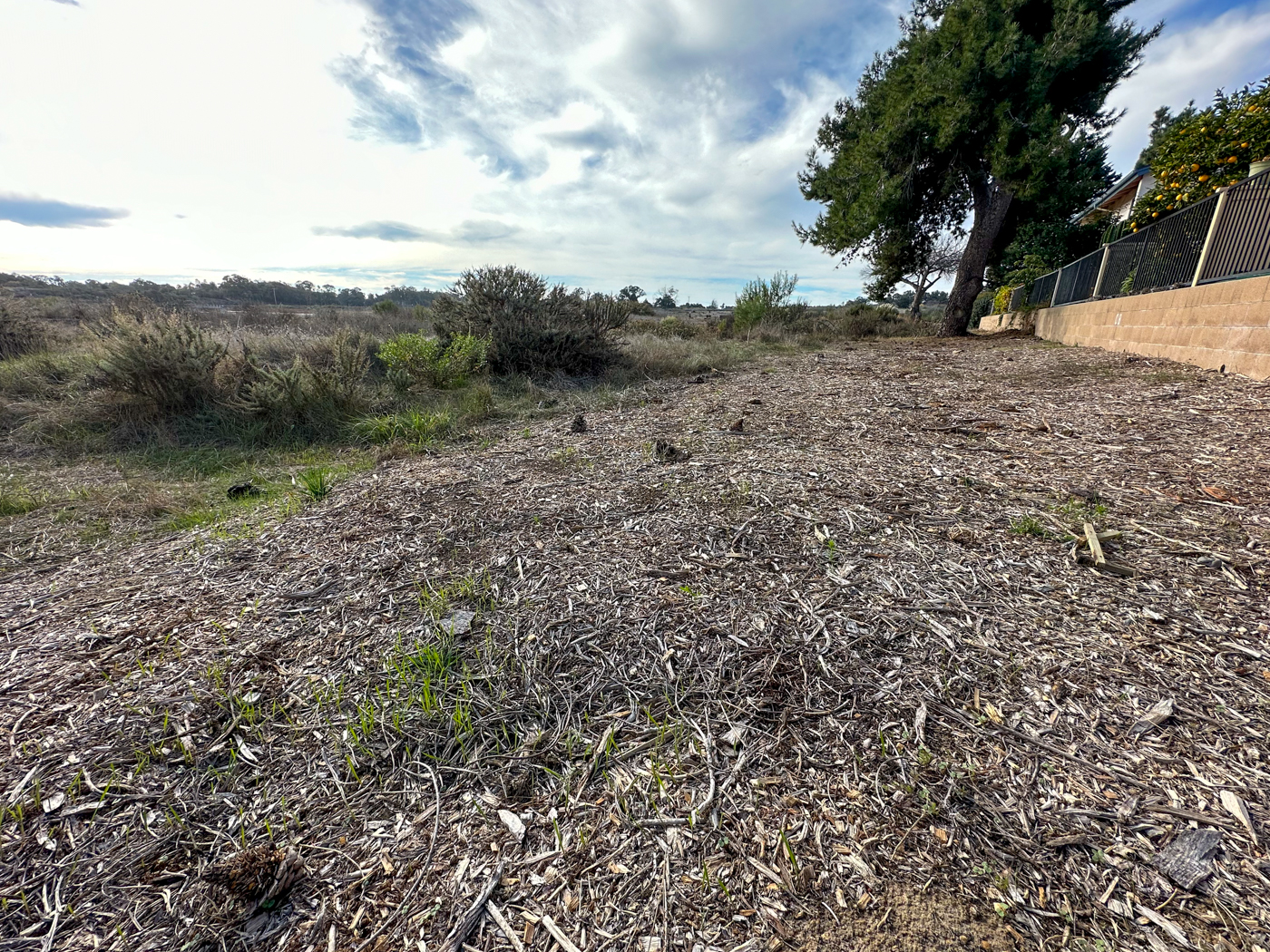 The only other plant community that doesn’t quite meet the total plant cover goal of 80% is the native perennial grassland (77%). It may be that we set that goal inappropriately high for this community. Native perennial bunch grass habitat, by definition, includes open interstitial space between the grass clumps where native wildflowers can germinate and bloom and where lizards and birds forage for seeds and insects, so the total cover goal of 80% is higher than it should be to support that function. 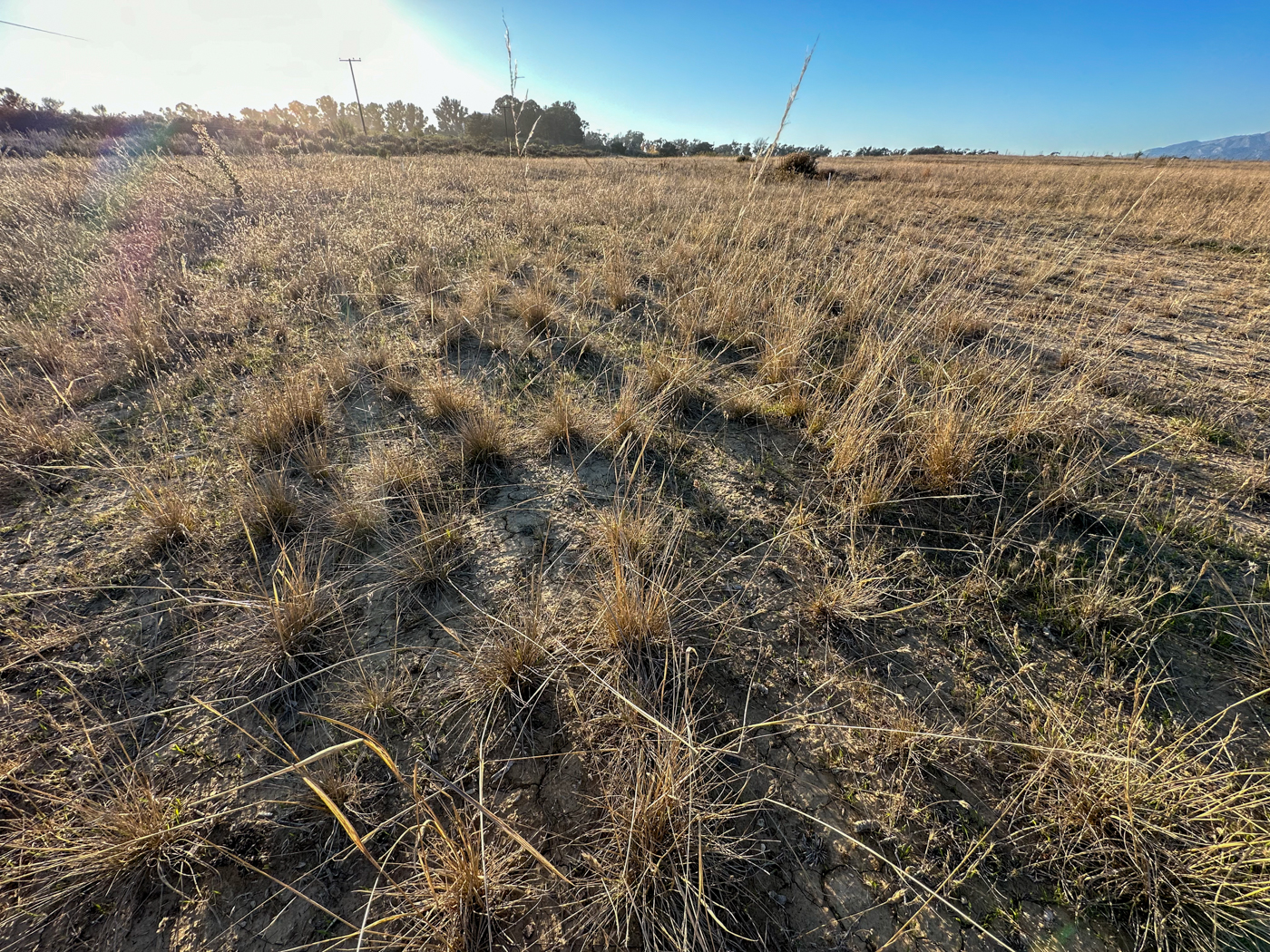 There are four plant communities which did not quite hit the relative native plant cover goals: salt marsh (88% / 90%), vernal pool (60% / 80%), native bunch grassland (51% / 70%), and sandy dune annual (75% / 80%).  In all cases the culprit non-native is invasive annual grasses, and, in particular, Italian wild rye grass (Festuca perennis). This grass, which can tolerate and thrive in dense clays, moist soils and in salty and sandy conditions, is considered by most ecologists to be a “naturalized” Mediterranean annual grass and most agencies have come to accept that annual grasses are a part of the California flora at this point. 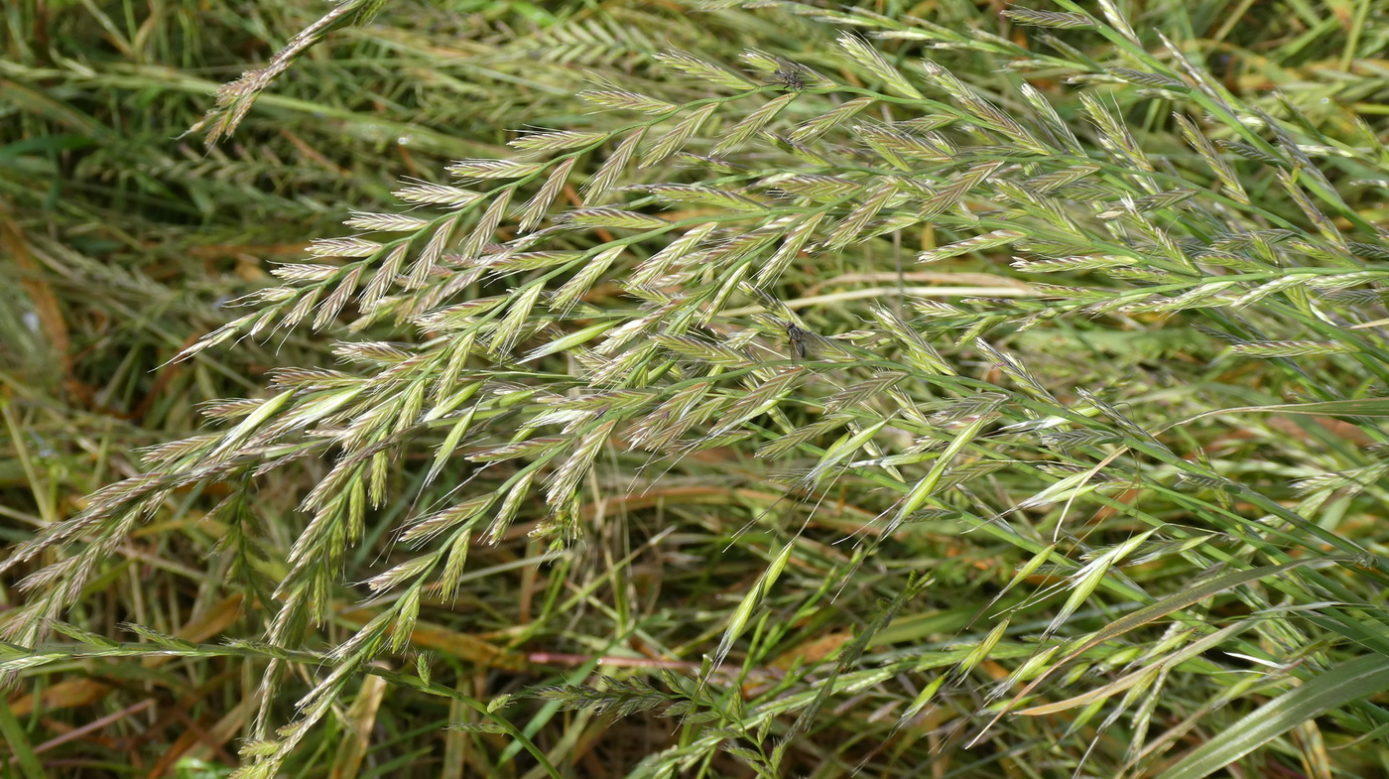 In setting our targets for percent relative native cover, we were including a goal of trying to keep annual grass cover low, despite this acceptance by permitting agencies of higher annual grass cover, but the drought facilitated annual grass success in vernal pools and salt marsh habitats, and the goal for native grasslands of 70% relative cover of natives may not be realistic given how difficult it is to selectively control annual grasses within a matrix of native grasses. The sandy annual site goal of 80% is reasonable, but requires on-going vigilance due to the open, disturbed nature of this habitat.

The third criteria for all habitats is to have less than 5% cover by species ranked as highly invasive by the California Invasive Plant Council (Cal IPC), which includes species like fennel and pampas grass. All of the North Campus plant communities have achieved this goal with zero percent cover by highly ranked (e.g. very) invasive plants. 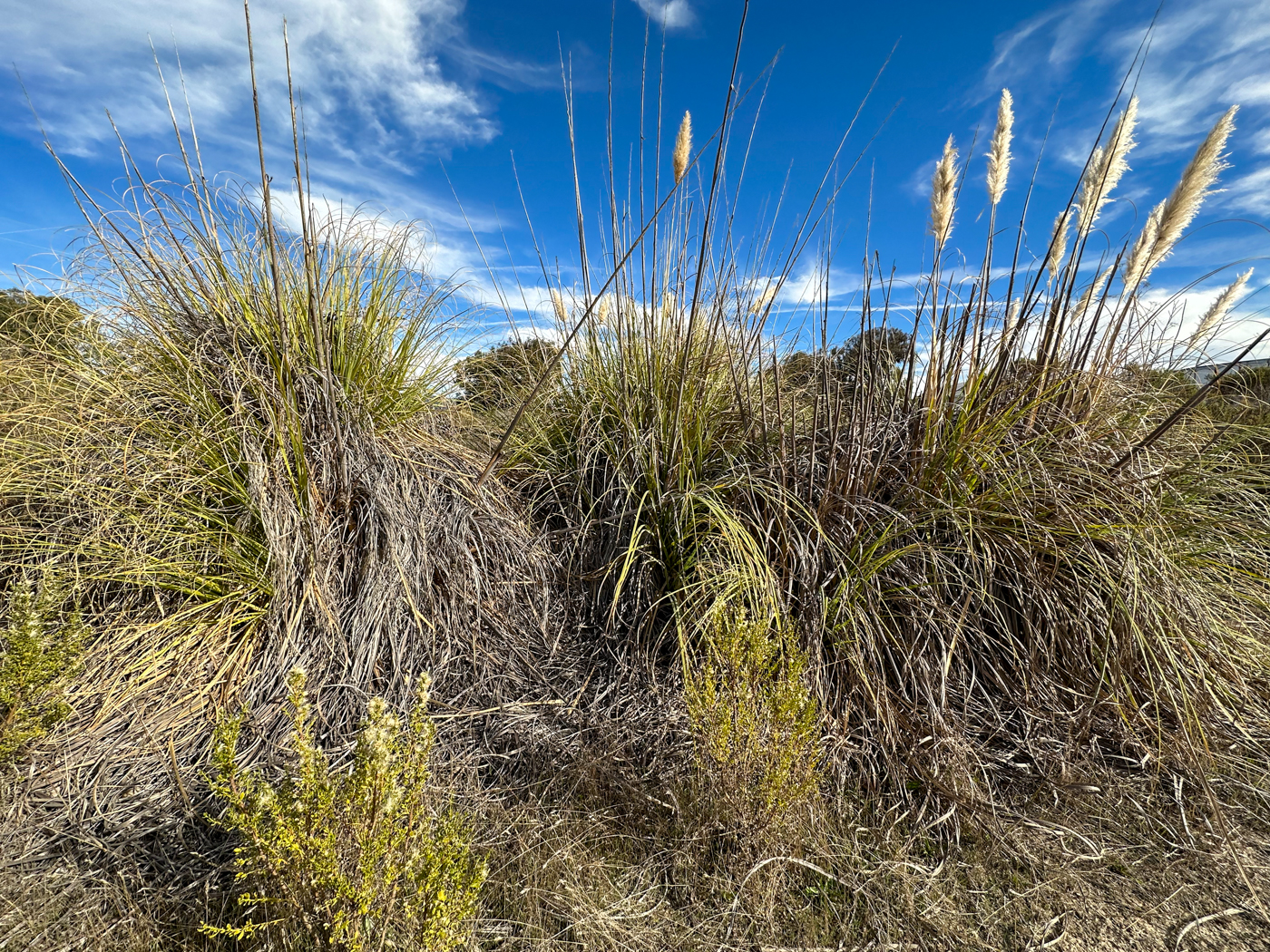 The fourth and final criteria is native plant species diversity and all of the North Campus plant communities meet that criterion which ranges from 7 to 15 species depending on the community. In fact, in 6 cases the plant community biodiversity is significantly higher than the target: Vernal pool native diversity is 43 where 7 is the target, native grassland is 23 where 7 were called for, coastal sage scrub is 24 where 15 were anticipated and the peripheral upland includes 31 species where 7 were anticipated! 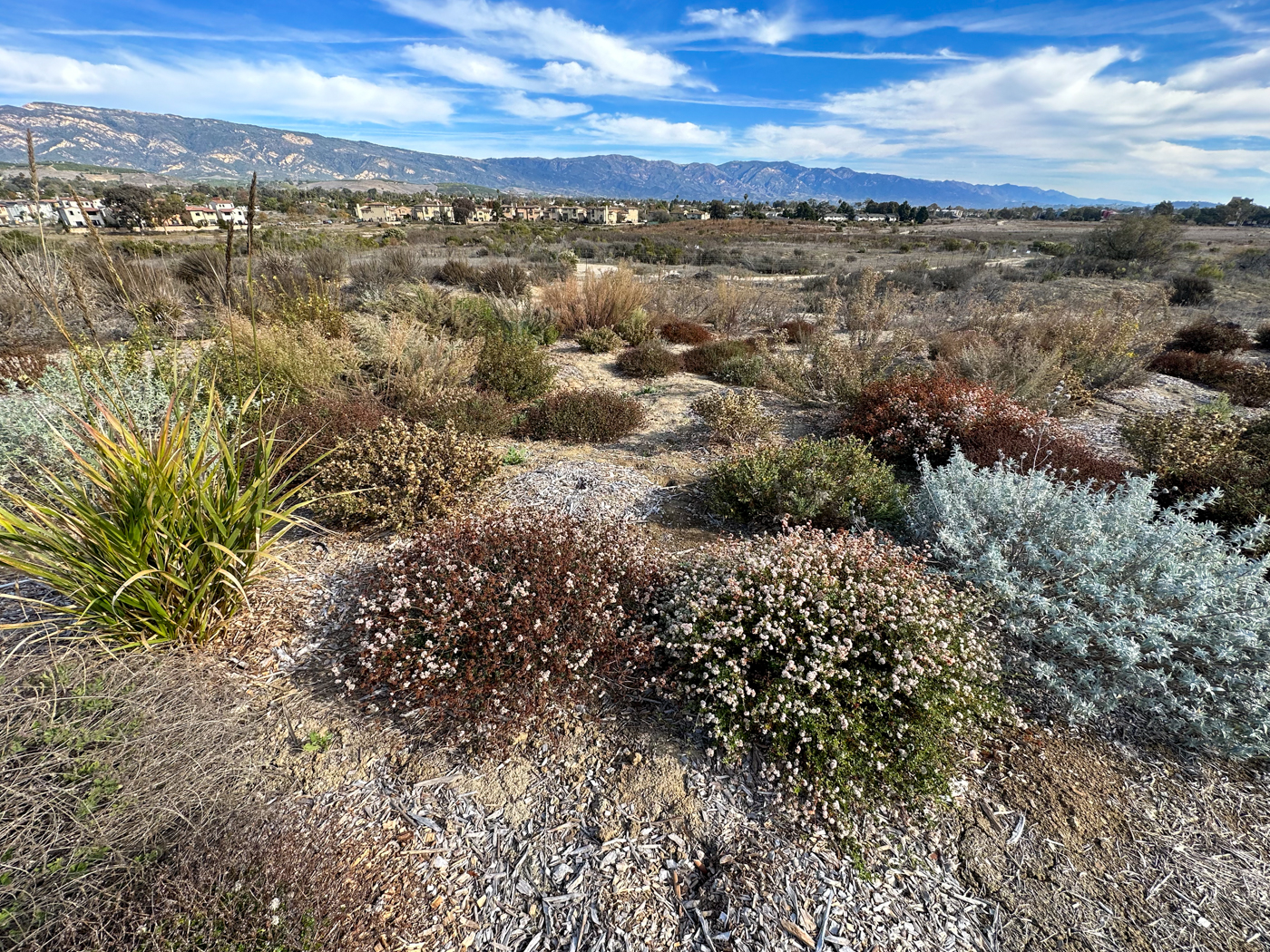 Many projects approved by permitting agencies use existing habitats as models for success criteria and many have come to accept non-native, naturalized annual grasses as a part of systems because of the challenges of controlling them. We chose to categorize non-native annual grasses as ‘weeds’ and to work towards continuing to reduce their cover because of the capacity of non-native grasses to reduce biodiversity by limiting the germination of native annual plants and regenerating native shrubs and trees with their thick thatch. This goal may have been set a little high, but it is still a goal of ours during this establishment stage to try to keep the annual grasses at bay so that the natives can build up a seed bank and have a fighting chance on site.