During pre-restoration vegetation surveys at North Campus Open Space, a small population of three species of geophytes were discovered on South Parcel. Geophytes are perennial plants that sprout strikingly beautiful and delicate wildflowers and propagate from small underground bulbs as well as through the production of seeds. Tens of thousands of small geophyte bulbs were located from a few flowering heads within several small areas where soil movement and grading for the NCOS restoration project was anticipated. These caches of bulbs were harvested and preserved so they could be re-established in new, safe locations. The three species discovered on site are Mesa Brodiaea (Brodiaea jolonensis) which is an endemic to California, Common Goldenstar (Bloomeria crocea), and Blue Dicks (Dichelostemma capitatum). 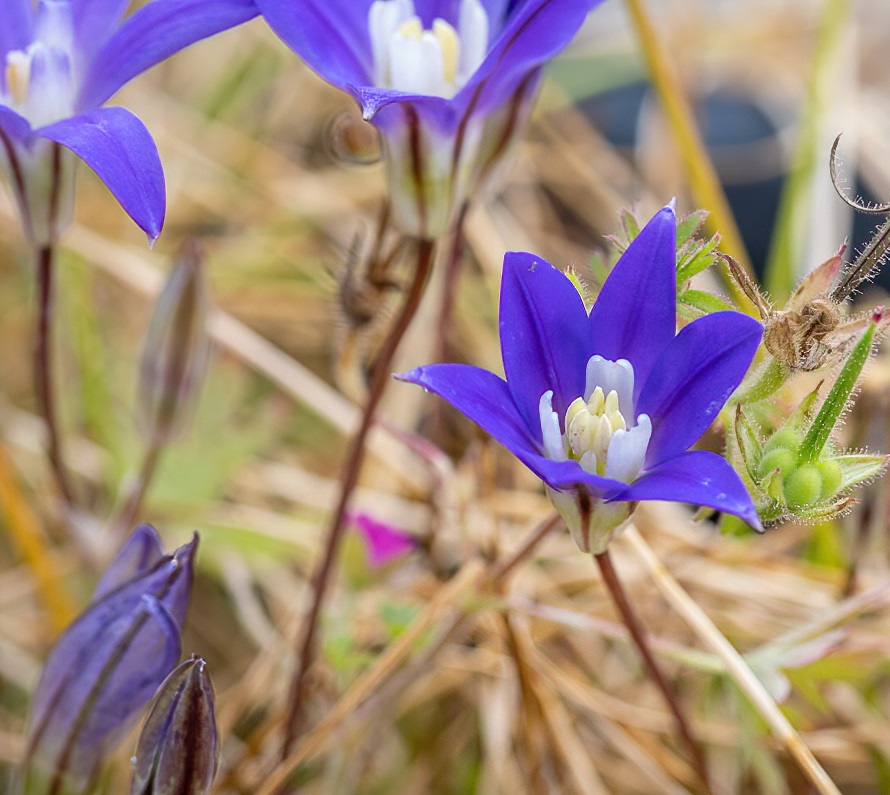 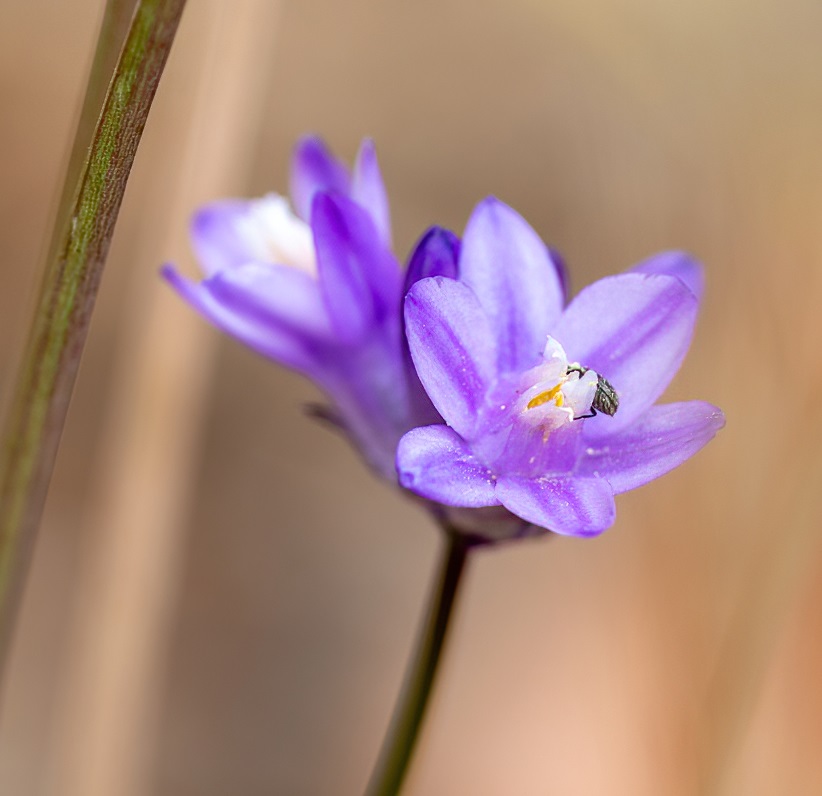 Historically, geophytes in our region were likely present in all local native grasslands, but they are now rarely seen along the coast. Native American’s valued these plants for their nutrient rich bulbs and harvested them with digging sticks that stimulated their growth by breaking apart the reproducing bulblets from the main bulb, and they harvested only a portion of the bulbs.

The life cycle of a geophyte is largely unassuming, and since they spend much of the year as an unseen underground bulb and sprout a small green leaf that precedes a floral stalk, they can easily be missed. But for a few weeks in the spring when these small flowers bloom, they are quite beautiful and hard to miss. The plants provide a nutrient dense meal to wildlife and are a valuable resource to our local ecosystem. 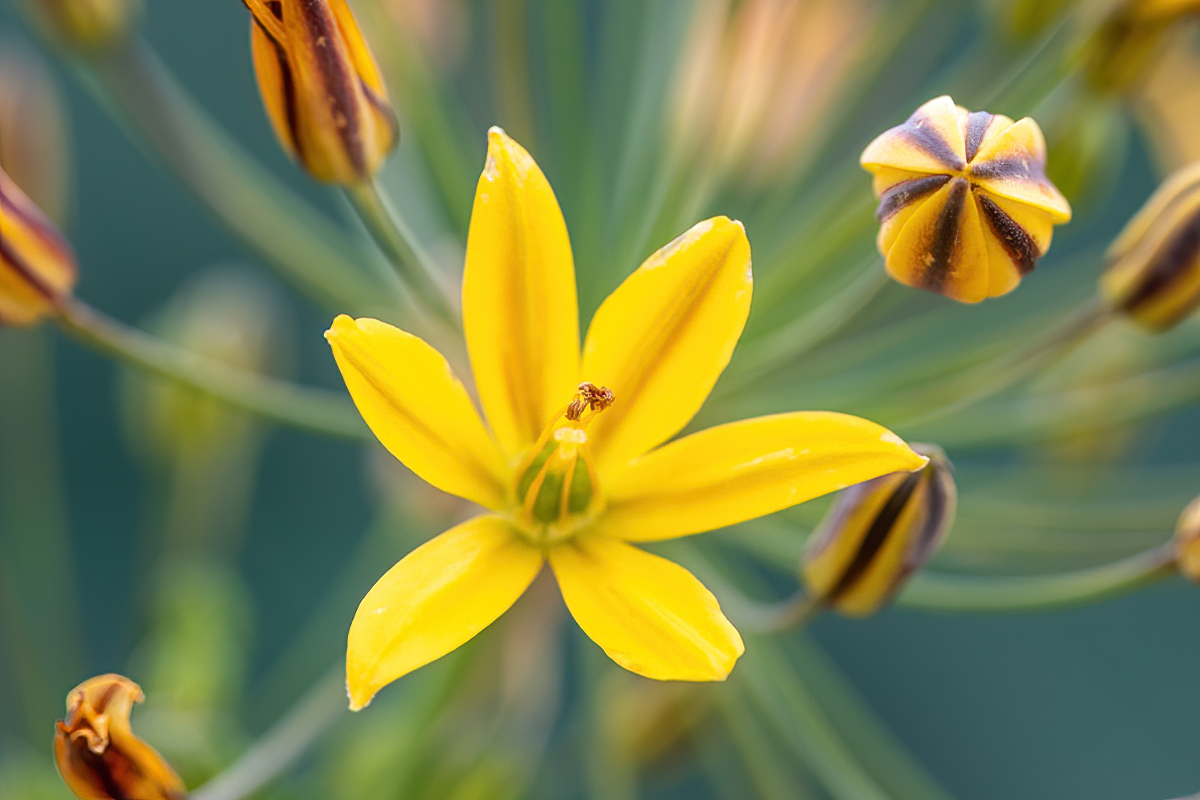 A Common Goldenstar (Bloomeria crocea) in bloom at NCOS.

CCBER has taken two approaches to help preserve and propagate these precious geophytes. First and foremost, we out-planted thousands of harvested bulbs around the recently created vernal pools on the NCOS mesa as well as near the older, more established pools in the South Parcel area. For the second approach, we created bins to grow the geophytes in ideal conditions that allow them to propagate vegetatively. This strategy will allow us to maintain a nursery population of bulbs from which we can continue to outplant into the field year after year. We have also contributed bulbs to Coal Oil Point Reserve, which will help bolster the populations there. We hope our efforts will see these geophytes continue to thrive and become a common site in our restored grasslands in the future. 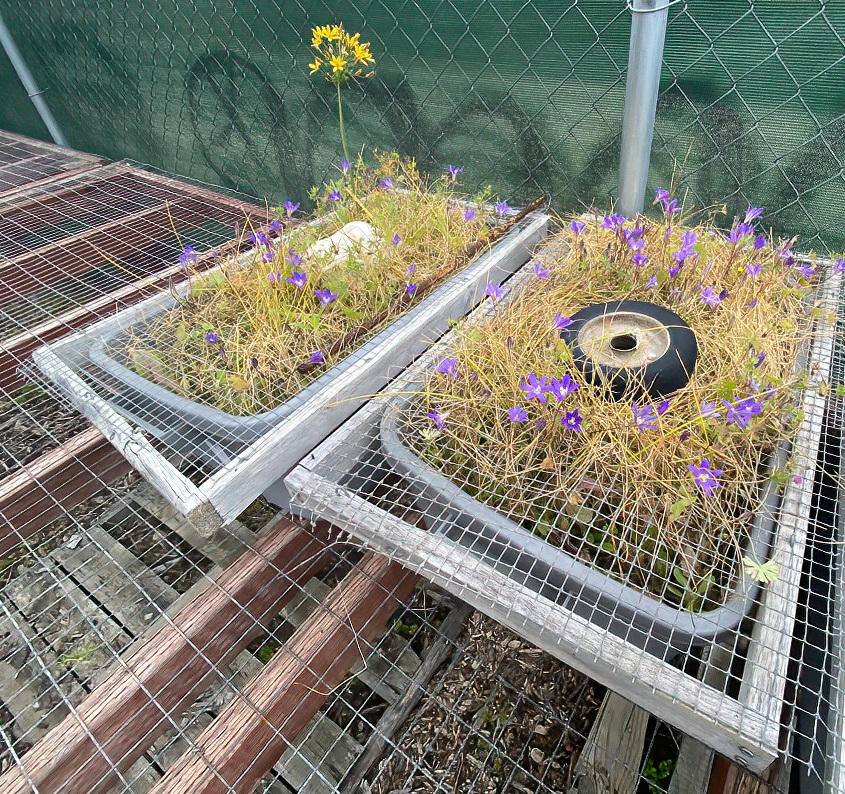 This article was written by CCBER Restoration Coordinator, Beau Tindall, and edited and formatted for the web by Lisa Stratton and Ryan Clark. Photographs are by Jeremiah Bender.