Predators and Prey at NCOS

Over the past year and with the help of the local community, we've seen signs of more and more wildlife foraging and making a home at NCOS. This means that ecological interactions and functionality are becoming more complex and diverse. An important ecological interaction that is becoming increasingly noticeable is the relationship between predators and prey.

Recent monitoring efforts have revealed the presence of at least two species of small mammals - the Deer Mouse (Peromyscus maniculatus) and Western Harvest Mouse (Reithrodontomys megalotis). These tiny inhabitants are an important food source for raptors such as the Cooper’s Hawk, White-tailed Kite, and American Kestrel. The presence of deer mice at NCOS was corroborated by tracks found during a tracking workshop led by biologist Jonah Evans for staff of the Wilderness Youth Project. In addition to deer mice, Jonah's workshop group discovered tracks from striped skunk, red fox, barn owl, bobcat, burrowing owl, and more. The location of tracks suggest how and where predators and prey are utilizing the restored habitat, such as burrowing owl tracks that indicate hunting in the salt marsh edges. 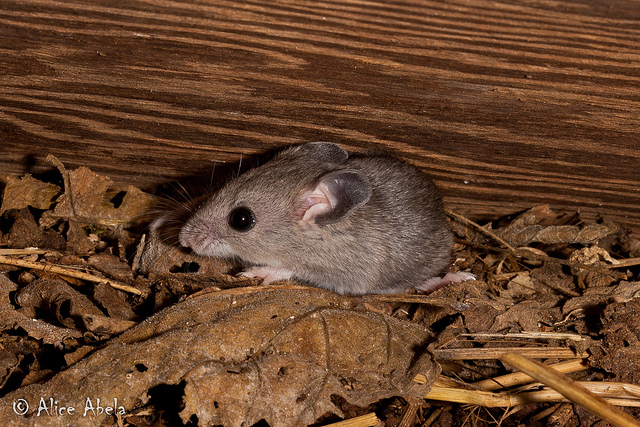 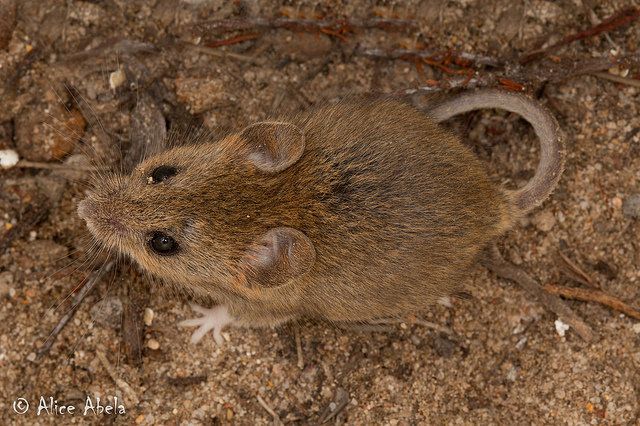 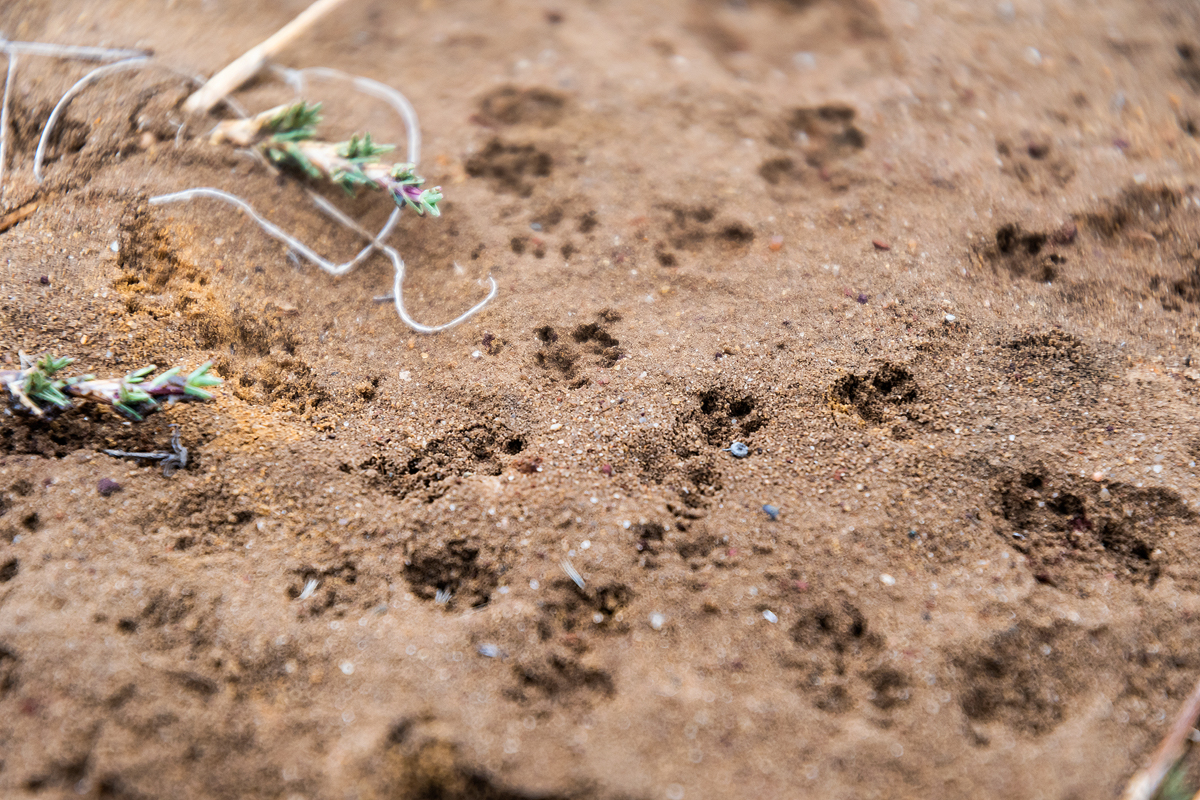 The small tracks of these mice are clearly visible in the salt marsh at NCOS. The small mammals detected at NCOS are important prey for raptors like this White-tailed Kite. Photograph by Mark Bright.

While the growth of NCOS as a fully functioning ecosytem and the increasing abundance and diversity of wildlife are exciting, they also present challenges given the site's location within a largely urban environment. For example, there have been recent sightings of bobcats at NCOS that may have notoedric mange, a skin disease caused by the mite Notoedres cati. Although this disease is typically non-fatal, National Park Service researchers in Southern California have found that exposure to anticoagulant rodenticide can increase bobcat’s susceptibility to mange. Homeowners in the vicinity of NCOS can help to protect bocats against this threat by choosing to control rodents without the use of anticoagulant rodenticide. This involves taking actions such as reducing food sources and hiding places for rodents and investing in snap/electric traps that don't involve the use of poison. 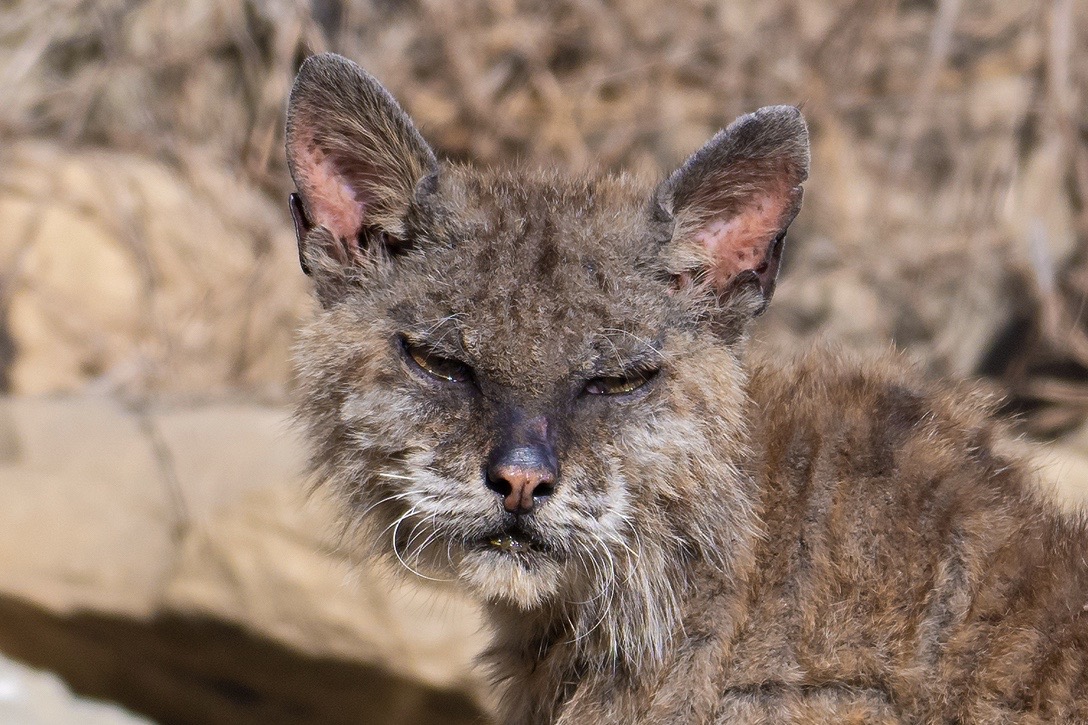 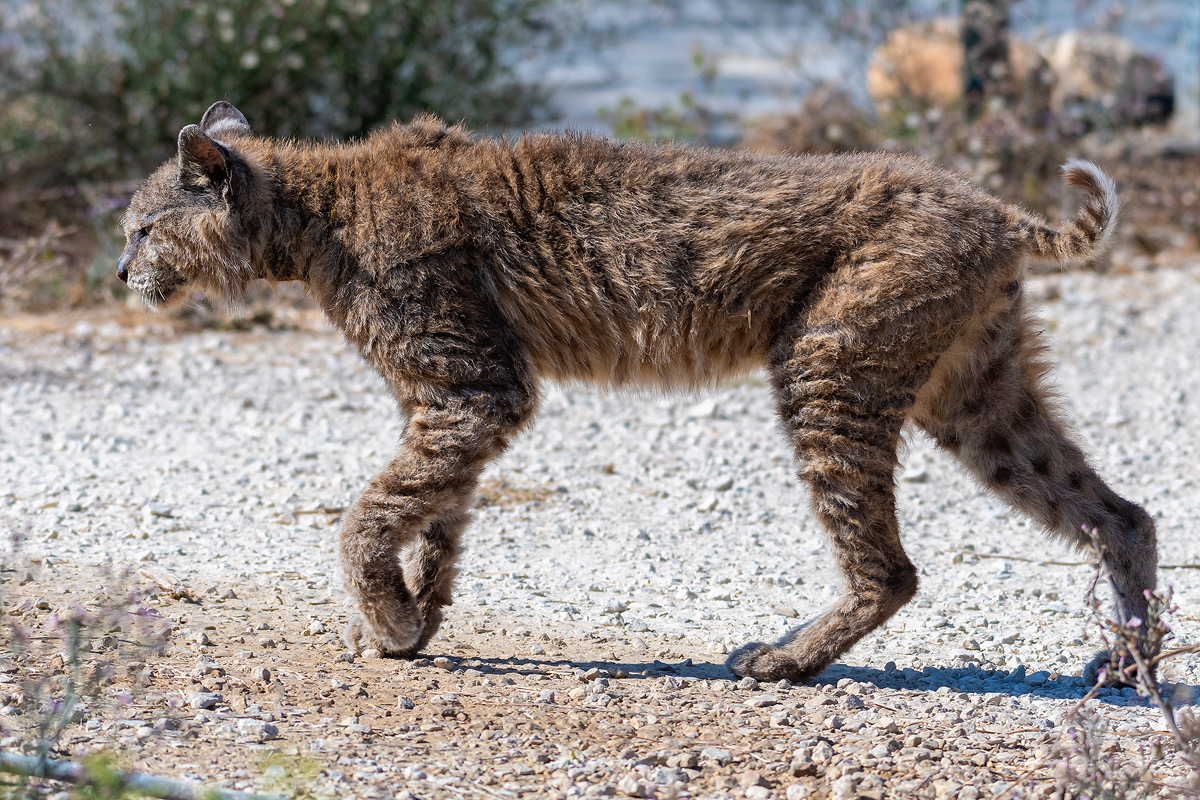 The facial hair loss and lethargic behavior of this bobcat seen at NCOS suggests that it could have mange.

Another common challenge for wildlife living within or close to urban areas is the potential for predation by household pets such as domestic cats. Cats are not only a threat to birds, reptiles, and small mammals but are also competitors that could reduce the availability of prey for local wild predators. The best option for pet owners to help minimize potential impacts is to keep cats indoors as much as possible. If and when cats are allowed outdoors, taking actions such as preventing them from leaving the yard, or using items such as Birdsbesafe Collars could help reduce predation impacts. By making small changes such as these, homeowners near NCOS and other open space areas can help protect local wildlife and maintain healthy ecosystems. 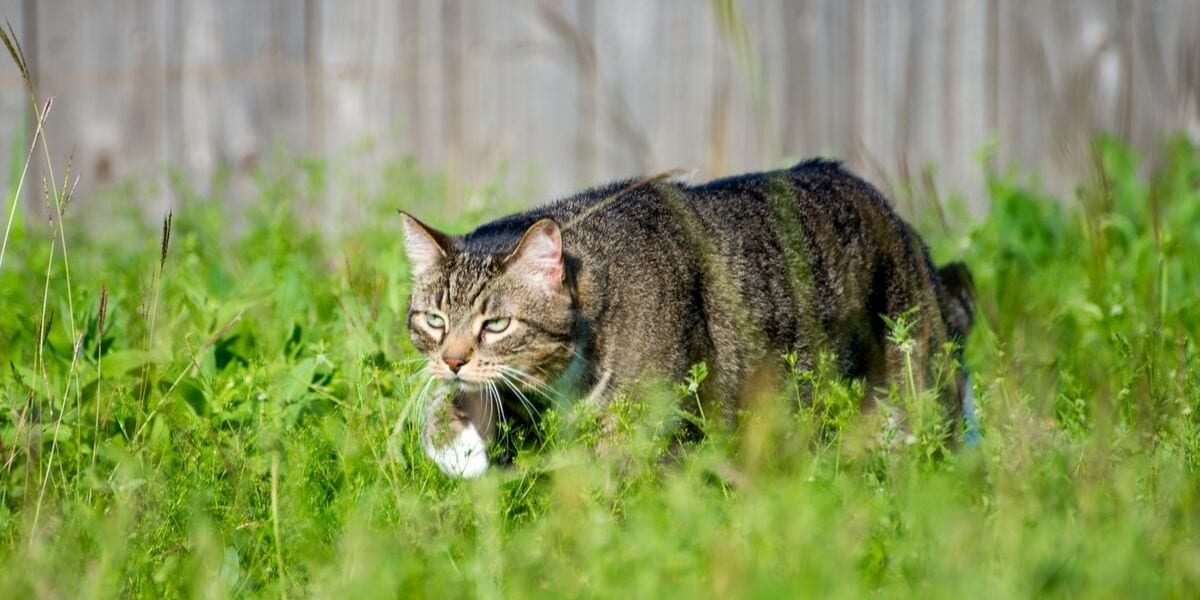