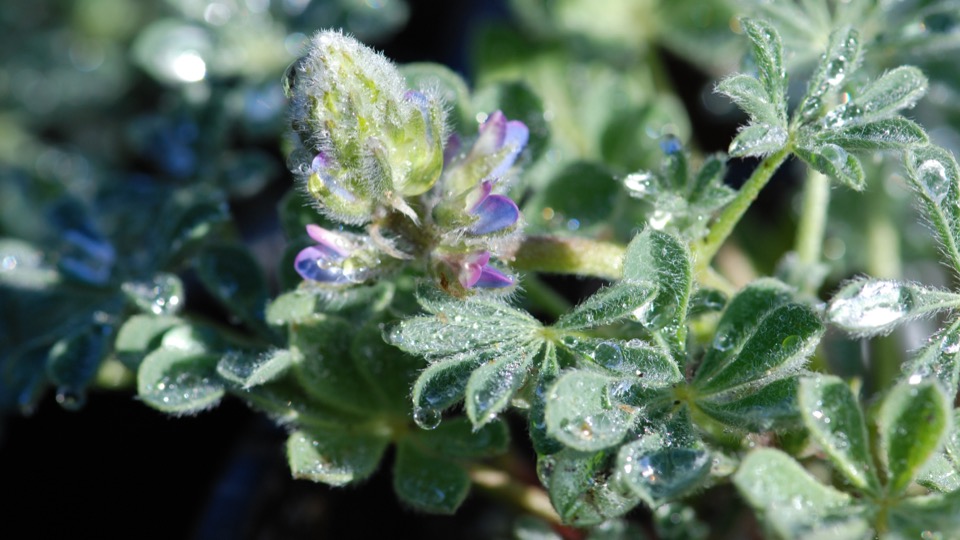 The Nipomo Mesa Lupine (Lupinus nipomensis) is a federally endangered annual species of lupine endemic to California. Standing 10 to 20 cm high with decumbent stems, L. nipomensis yields small fruits that typically contain between three and four seeds (Sholars, 2016). Similar to other lupines, L. nipomensis produces standard papilinoid flowers with banner and wing petals that are first white at the base but then turn pink to purple as the flower matures. Although occasionally present in the inter dune habitat, L. nipomensis is mainly found growing in sandy soils in the more stable back dune habitats, where the greater distance allows for less salt exposure (Wilken, 2009; Hill, 2001). Competition with invasive veldt grass (Ehrharta calycina) and the loss of sensitive coastal back dune habitat due to land use conversion for human development is currently limiting L. nipomensis range, with population estimates ranging from 139-771 individuals restricted to a mere 2 square mile range in the Guadalupe-Nipomo Dune Complex (Wilken, 2009). CCBER began work on saving L. nipomensis from extinction six years ago, when the U.S. Fish & Wildlife office in Ventura sought collaboration due to our relative proximity to the study area and access to a greenhouse where seeds could be bulked out. Seed bulking, the process of collecting wild seed from a species and growing individuals to collect more seed from, is especially important with the scarcity of this species and threat of possible extinction. In addition to the seed bulking efforts at the Greenhouse, CCBER’s L. nipomensis work includes outplanting experiments at the Black Lake Ecological Area as well as a recent study assessing the extent to which pollinator limitation plays a role in the small population size of the species. 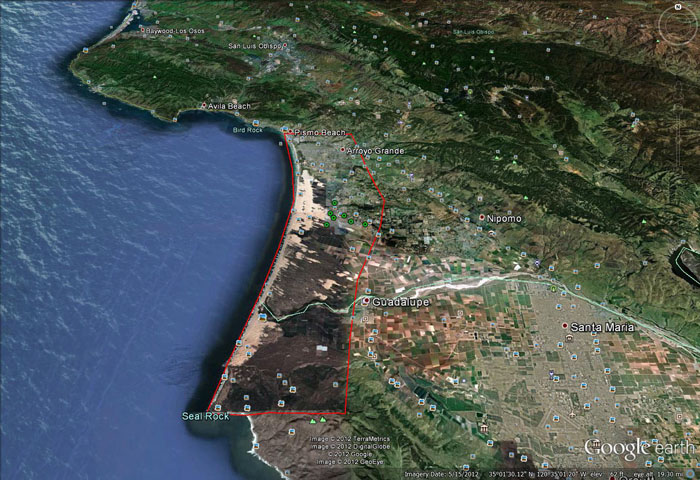 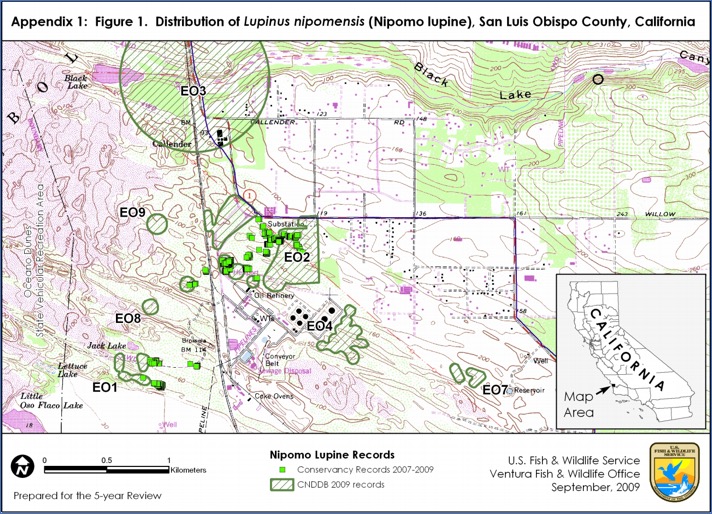 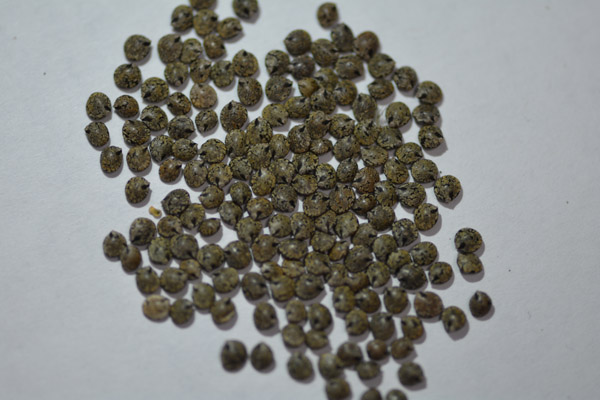 Seeds for the L. nipomensis bulking operation were provided by the Santa Barbara Botanic Garden, and were collected in 2005 from the Guadalupe-Nipomo Mesa. The bulking trials at the CCBER greenhouse and nursery started in 2012 and continued until 2016, with multiple trials testing variables such as soil type and pre-planting treatments and leading to valuable insights into the species biology. As organics in the soil seemed detrimental to the health of L. nipomensis during the first year of trials, CCBER later imported native sand and mixed with it one of three amendments: 50% perlite, 50% sunshine #5 organic plug mix, or sunshine #5 and perlite combined at 25% each. All three of these mixes led to robust growth despite their very low nutrient content, with no measurable differences between them (Chapman, 2014). The best type of pre-planting treatment posed another difficulty for CCBER staff, with a variety of methods such as scarification, cold/hot water stratification, soaking with a mixture of sand, and heating with fire being tested on the seeds. In recent trials, results have suggested that hot water stratification prior to sowing and sowing earlier in the year are the most beneficial to maximizing seed production for L. nipomensis (Luong & Reilly, 2016). Overall, seed bulking operations for L. nipomensis have been a success, with over 6,000 seeds bulked out in the 2016 season alone. 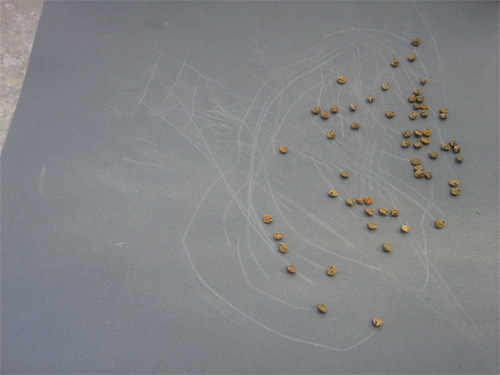 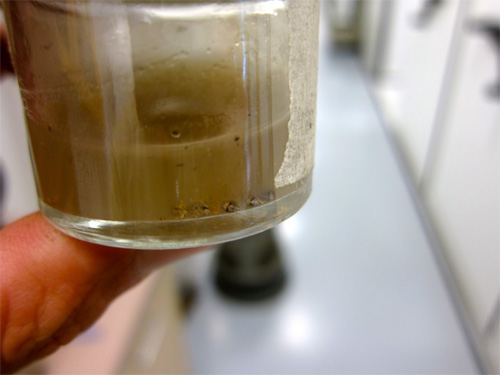 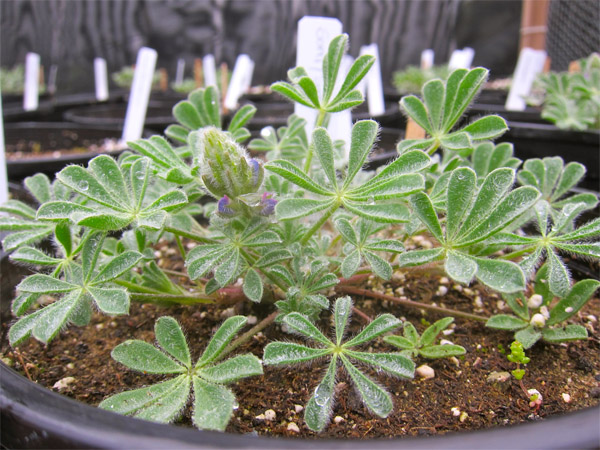 Another essential part of the L. nipomensis conservation process consists of outplanting experiments, which took place at the Black Lake Ecological Area along the edge of the Guadalupe-Nipomo dunes. Managed by the Land Conservancy of San Luis Obispo County, this back dune ecosystem was ideal for outplanting due to its specific management for veldt grass (Ehrharta calycina).Outplanting experiments took place between December and May in 2014 and 2015, with a total of 72 cages set up. The top mesh size of the cages was varied so as to test for presence of different herbivory factors, and each cage consisted of 40 planted seeds (20 scarified and 20 not scarified). The cages were placed in varying topographical areas (gentle, ridge, steep, swale) and different aspects (north, south) to determine how abiotic factors affected germination rates. In addition to severity of herbivory, growth rate, aboveground biomass production, and total seed pod production were also recorded. 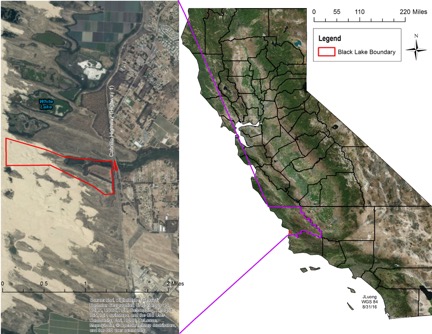 Although the first year trials in 2014 were not very successful, in the second year 278 individuals germinated, with 24 reproductive individuals producing 4,176 seeds out of the 2,880 sowed (Luong & Nolan, 2016). It was found that north facing steep slopes with some open areas are ideal for L. nipomensis, and that caging was not necessary at the Black Lake Ecological Area (Luong & Nolan, 2016). Microsite selection is very important for L. nipomensis, and CCBER’s meticulous considerations of potential microhabitat conditions can be utilized more widely to benefit other rare plant introductions. 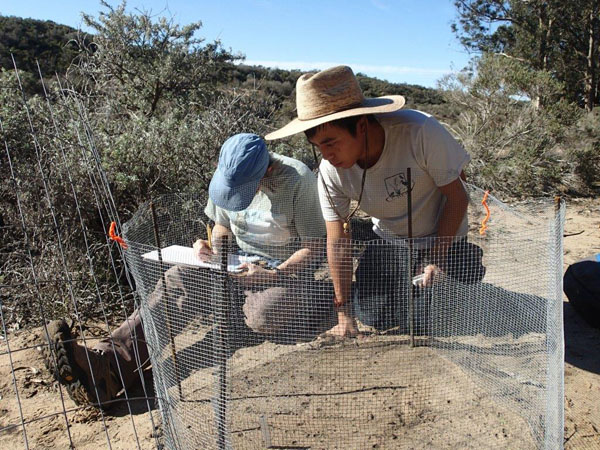 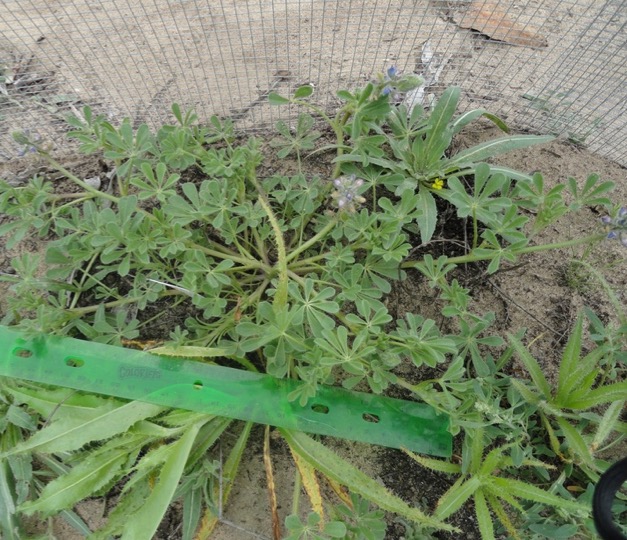 The most current aspect of CCBER’s involvement in the Lupinus nipomensis recovery project is the ongoing Pollinator Study on the Conoco-Phillips 66 property, where three extant populations of L. nipomensis were observed for pollinator activity. For each of these three populations, flower visitor observations were conducted biweekly between 12:00 PM and 3:00 PM for 40 minutes per plot, with two random time samplings taking place at 9:00 AM and 4:00 PM to ensure unique visitors wouldn’t be missed from sampling efforts. After these observations, insects that had made visits were collected via hand collection, insect nets, and aspirator, then identified to order and placed in ethanol for later determinations. As large bumblebees and butterflies are easier to determine via image, with larger bumblebees being possible establishing queen bees, these were not captured and instead determined using photos. In addition to collecting insects that were observed on L. nipomensis flowers, a random sample of flowers on each plot were “beat sampled,” where a net is placed below the flower and the flower is tapped to collect any non-flying insects or those that prefer to hide, and another random sample was aspirated. This study is ongoing, and is important as determining the pollinator community will help assess the extent to which pollinators limit the small population size of Lupinus nipomensis. 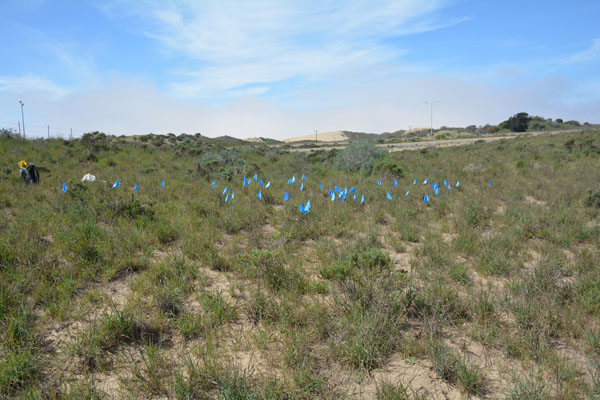 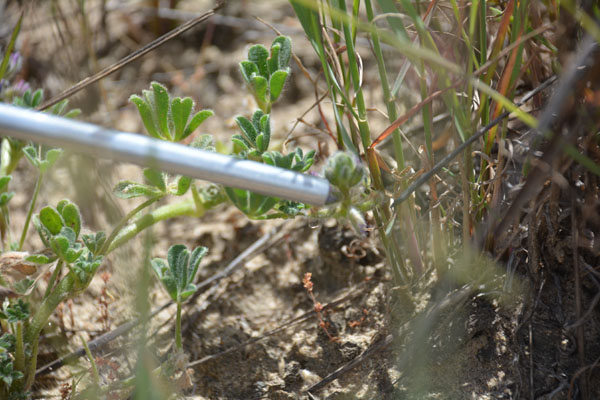 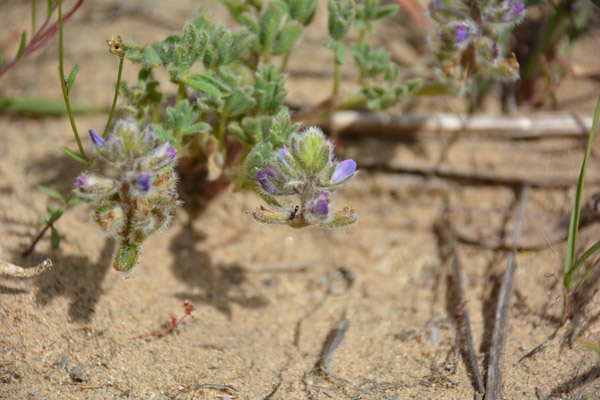 Are you interested in helping save Lupinus nipomensis? CCBER is looking for research interns to help with the ongoing L. nipomensis Pollinator Study! Those interested can contact Justin Luong (justinluong@ucsb.edu) for more information.