One of the long-term goals of the North Campus Open Space (NCOS) restoration project is to develop a diverse, multi-level food web, which is often a good indicator of a healthy, well-functioning ecosystem. In collaboration with UCSB faculty and students, and experts from the Santa Barbara Audubon Society along with support from the Coastal Fund and other organizations, CCBER is monitoring several components of the developing food web at NCOS. In addition to monthly bird surveys, we have also been conducting surveys of bees and ants as well as aquatic invertebrates. These surveys have shown increases in diversity in each of these food web groups as the restoration project has progressed.

Two other components of the food web we have recently begun monitoring include small mammals such as mice and voles, and reptiles. Both of these groups are sensitive to habitat changes and disturbance, and are also important food sources for larger animals such as birds of prey, and mesocarnivores like coyote, fox, and bobcat.

In collaboration with Associate Professor Hilary Young of the USCB Ecology, Evolution and Marine Biology (EEMB) department, CCBER began seasonal capture-mark-recapture surveys for small rodents at NCOS last fall. These surveys are being conducted in the salt marsh and perennial grassland habitats in the spring and fall, and are run in conjunction with an EEMB lab class. The objective is to provide an educational experience in ecology for students while monitoring changes in the abundance and diversity of small rodents as the restoration progresses. 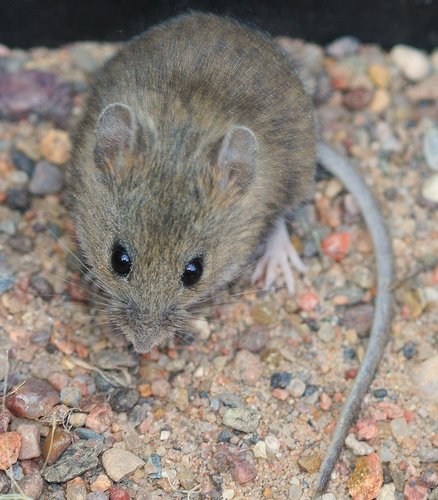 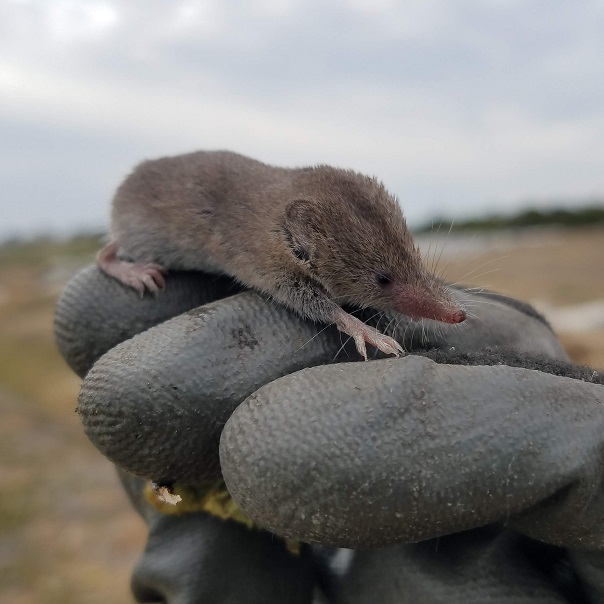 The surveys are conducted by setting out three grids of 20 Sherman Live traps for four nights in a row in each habitat. The traps are baited and cotton balls are added to offer additional shelter and protection for captured animals through the night. All traps are checked early in the morning to avoid heat stress, and any animals captured are quickly identified, measured (length and weight) and marked with an ear tag or sharpee marker on the foot, and then released. This project is conducted under Institutional Animal Care and Use Committee (IACUC) approved protocol 908.1. 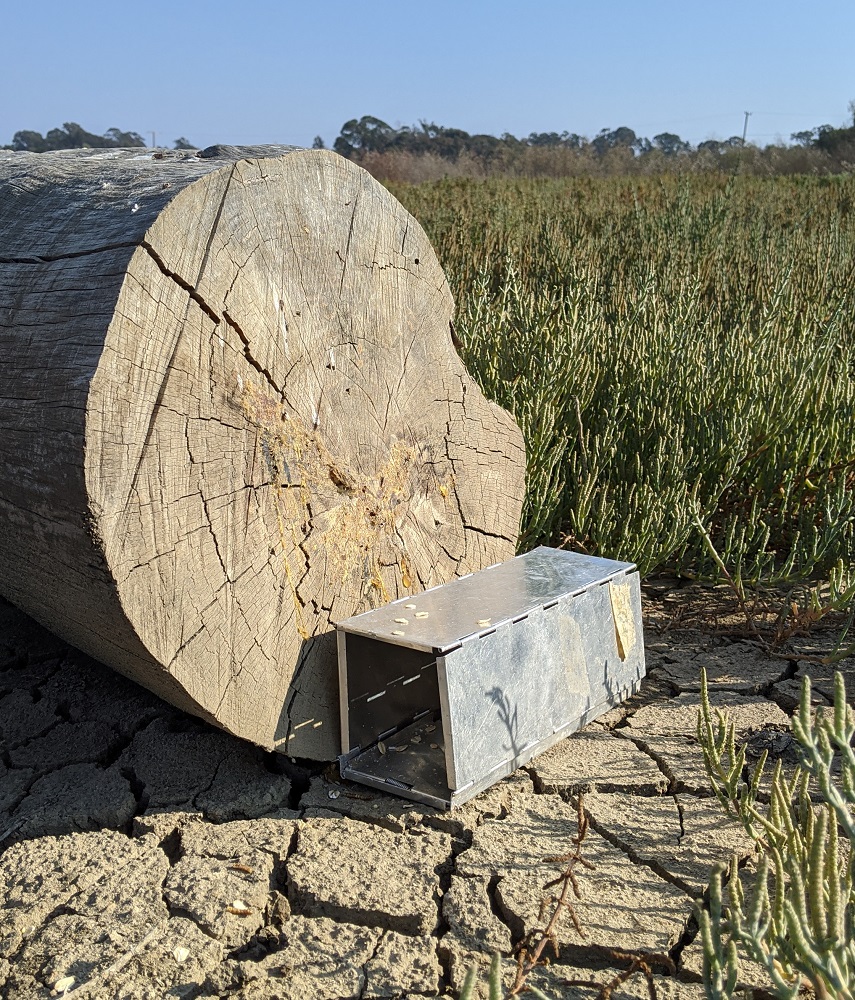 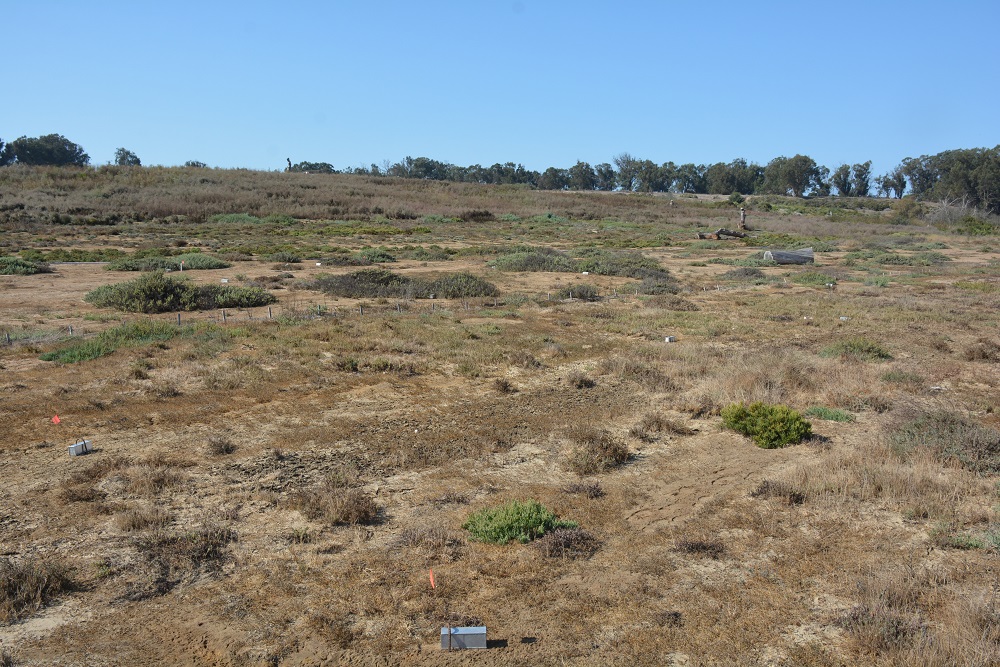 The first survey in the salt marsh habitat occurred in November 2019, while the first grassland habitat survey took place in March 2020. We completed the second full survey in both habitats last month, and this round of monitoring saw an increase in captured animals in both habitat types, particularly in the salt marsh (see chart below). In the grassland we also saw an increase in diversity, from just one species in March of this year to three last month. The species captured most often are Deer Mice (Peromyscus maniculatus), with 33 individuals in last month's survey, followed by Harvest Mice (Reithrodontomys megalotis) with 13 individuals. A single House Mouse (Mus musculus) was the third species caught in the grassland this fall. The increase in individuals captured in the latest survey suggests that habitat restoration efforts at NCOS are progressing towards the goal of increased diversity and food web functionality.

Other potential animals that have been seen on site but not yet in the surveys include Voles (Microtus californicus), Wood Rat (Neotoma fuscipes), and Shrews (Sorex sp. - see image on the right above). These other animals may not be as easily monitored with Sherman traps as mice are, and if this is the case, we may have to develop other methods to properly quantify them. We will continue the surveys as long as possible to obtain more data to help in assessing long-term trends. Additionally, conducting multiple surveys in the same year could shed light on how some of these small mammal populations fluctuate seasonally at NCOS.

Monitoring for reptiles began just last month with the placement of several coverboards across areas of the restored salt marsh and grassland habitats, as well as un-restored areas to the west of NCOS. These coverboards are being checked once per week and all animals observed underneath are recorded along with the temperature. While this is a common method for surveying for reptiles such as snakes and lizards, other animals that can found include mice and other small mammals, and ground dwelling invertebrates such as ants, spiders, crickets and many others. Preliminary data from the five times that the coverboards have been checked this season so far show that Western Fence Lizards are very common across the site as they have been observed under many of the coverboards each time in all habitat types. A single gopher snake is the only other reptile observed to date. Argentine ants are the most frequently observed invertebrate, followed by crickets, spiders, and beetles. Deer mice have been observed five times under four different boards (twice under the same board, one time with two individuals), and a Harvest Mouse has been observed twice. It can take several weeks or months for some species to become comfortable with the coverboards as a part of the habitat. Therefore, we will be checking the coverboards for many months, if not years to come. 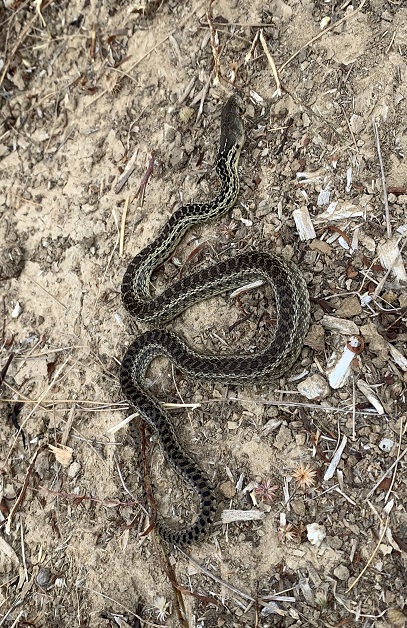 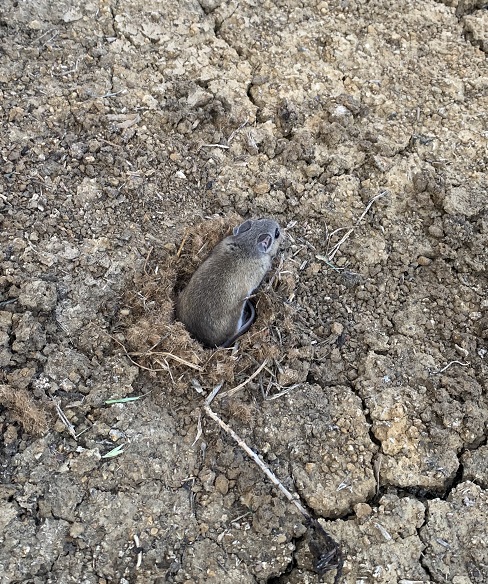