Collecting and Modeling the Distribution of Santa Barbara Coastal Lichens

Lichens are composite organisms consisting of a fungus and an algae or cyanobacteria in a symbiotic relationship. Lichens are often the first organisms to colonize bare soil or rock and they can help facilitate the establishment of other species by breaking down these substrates (Chen, 2000). Furthermore, lichens are studied as indicators of climate change and air pollution due to their sensitivity to air quality and (NPS, 2016). 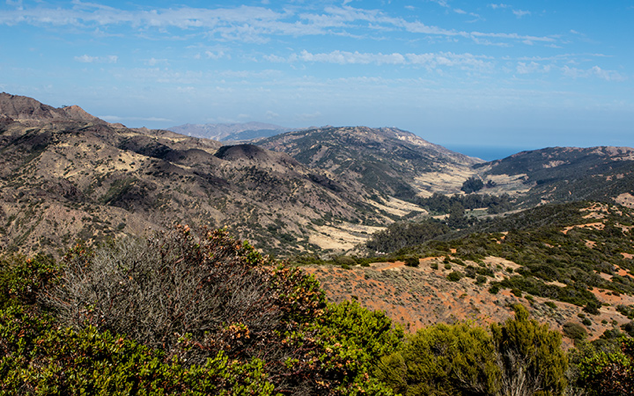 Santa Barbara County is home to a vast number of lichens, such as the commonly found genera Ramalina, Cladonia, and Xanthoparmelia. These lichen flourish in coastal regions because of their ability to absorb moisture in the air (Brodo, 2001). This ability allows lichen to grow in areas that receive little rainfall, such as California’s dry chaparral habitats along the coast and on the Channel Islands.

The four northern Channel Islands (San Miguel, Santa Rosa, Santa Cruz, and Anacapa) are located about 25 miles south of the Santa Barbara coast. The picture to the left shows the eastward view from the central valled of Santa Cruz Island. Together with the tiny Santa Barbara Island to the south, these four islands make up the Channel Islands National Park. Their climate and habitat are similar to that of coastal California, with temperate weather year-round, little rainfall, and vegetation consisting mainly of chaparral scrub and small oak or eucalyptus groves.

The Channel Islands support over four hundred species of lichen (NPS, 2016). On Santa Cruz Island, lichens can be found on oaks and brush in coastal chaparral, on willow trees growing along stream banks, and on exposed rocks and soil in inland valleys. 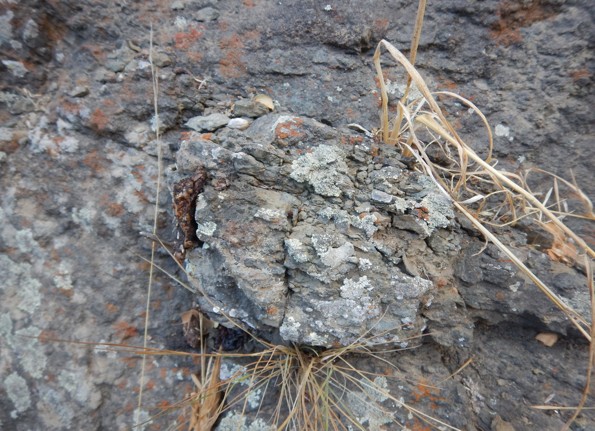 The most conspicuous lichen on Santa Cruz Island is the lace lichen, Ramalina menziesii.  The state lichen of California, R. menziesii is easily identifiable due to its large size and unique net-like shape. This lichen commonly grows on oak trees in areas with high moisture levels. On Santa Cruz Island, R. menziesii is most abundant in the oak groves along the coastline. Here, the lichens are exposed to marine fog year round, allowing them to flourish even when rainfall is scarce. 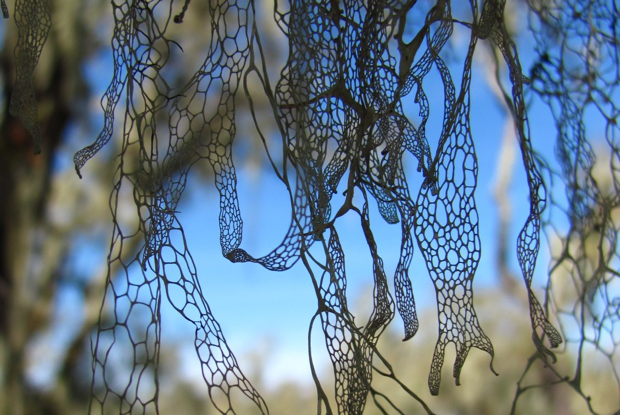 Santa Cruz Island supports hundreds of other species of lichen, which can be found growing along with R. menziesii or in one of the island’s many other habitats. Xanthoparmelia, a green-grey foliose lichen that grows flat on tree branches, and Cladonia, a cup-shaped lichen, are found in both coastal chaparral and oak forests. The tufted orange Teloschistes chrysophthalmus, meanwhile, is found in the higher-altitude oak and ironwood groves on the interior of the island. Finally, numerous powdery crustose lichens grow directly in the soil and on rocks on the banks of dry riverbeds and at the bottom of small canyons. The lichens collected on Santa Cruz Island were identified using Keys to the Lichens of North America (Brodo 2016). 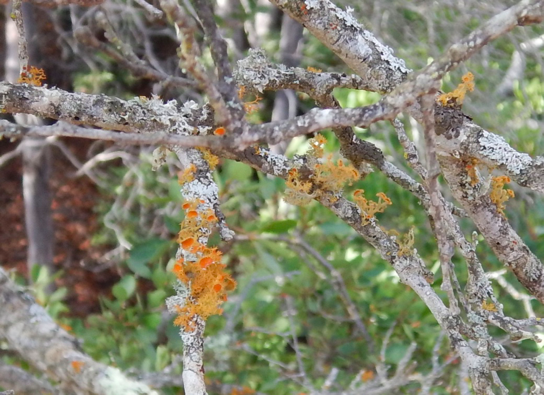 Changes in air pollution (Nimis and Purvis, 2004), temperature, and moisture levels (Jovan and McCune, 2004) all influence lichen growth and biodiversity. This sensitivity makes lichens excellent indicators of climate change, and by studying how the distribution of lichens changes over time, conclusions may be drawn about the impacts of climate change on lichens and overall ecosystem health.

The species distribution modeling software Maxent (Phillips et al.)  was used to create distribution models for lichens in the Santa Barbara area. Maxent uses the climate information from locations where lichens have been collected to create a map showing what areas are most suitable for that particular species of lichen. By using both historical and projected climate data, one can determine how lichen distribution will change over time. This information may be helpful in protecting endangered lichen, determining which lichen species will be most affected by climate change, and as a proxy for how the health of entire ecosystems will change over time. 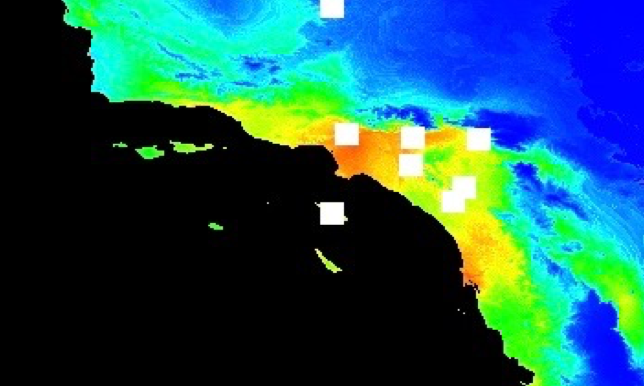 A preliminary distribution model for Lecanora munzii, lichen endemic to central California. Colors indicate the suitability of the habitat to L. munzii, with red indicating the most suitable habitat and blue the least.

To learn more about lichen biodiversity and their role in the ecosystems around Santa Barbara County, visit the National Parks Service Channel Islands Lichen webpage or the Consortium of North American Lichen Herbaria website.

This project was supported by the Coastal Fund.

Jovan, S. and McCune, B. 2004. Regional variation in epiphytic macrolichen communities in northern and central California forests. The Bryologist 107(3): 328-339.