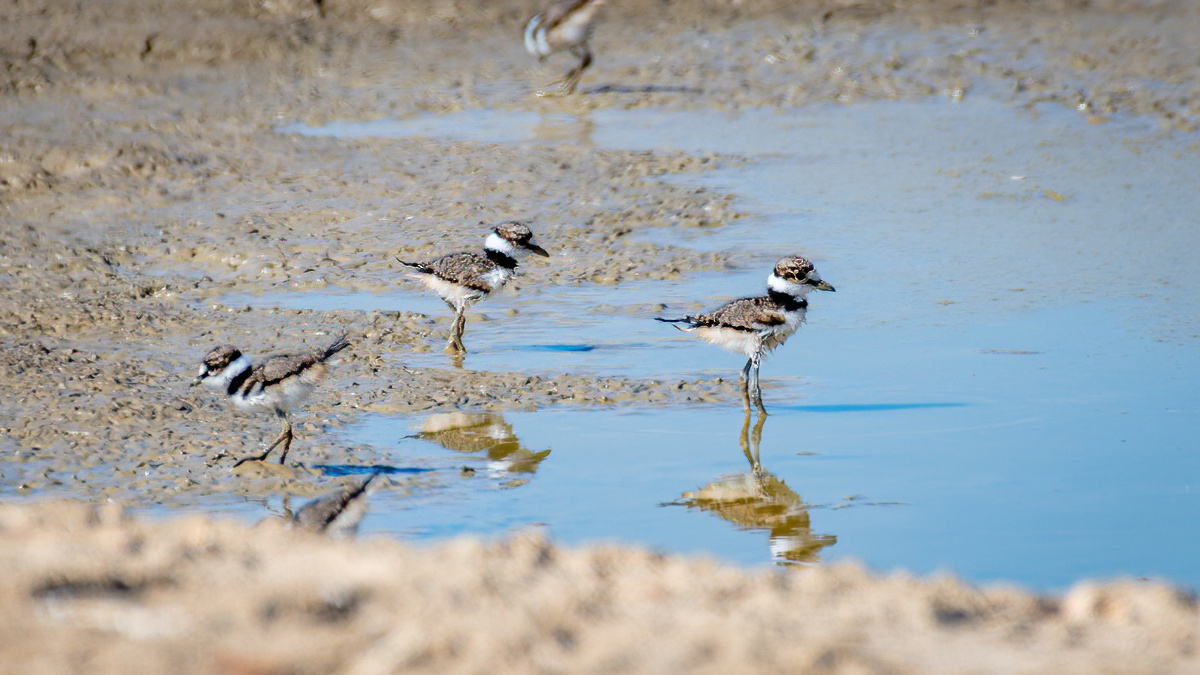 Killdeer chicks forage in a wetland on the NCOS mesa. Photo by Jeremiah Bender.

One of the main goals of the North Campus Open Space project is to provide habitat for a wide variety of bird species. During the spring and summer months, the value of the habitat on NCOS can be assessed by observing birds that are using the restoration site as their breeding grounds. While Cheadle Center staff conduct a monthly bird survey on NCOS during which breeding behavior is tracked, other site responsibilities take time away from being able to observe all of the evidence of breeding that is taking place on site. This is where our engaged community members and local birders prove to be so valuable, as their many observations are shared with The Cheadle Center and often uploaded to the Santa Barbara Breeding Bird Survey. The uploaded observations from the 2022 breeding season are shown in the table below. 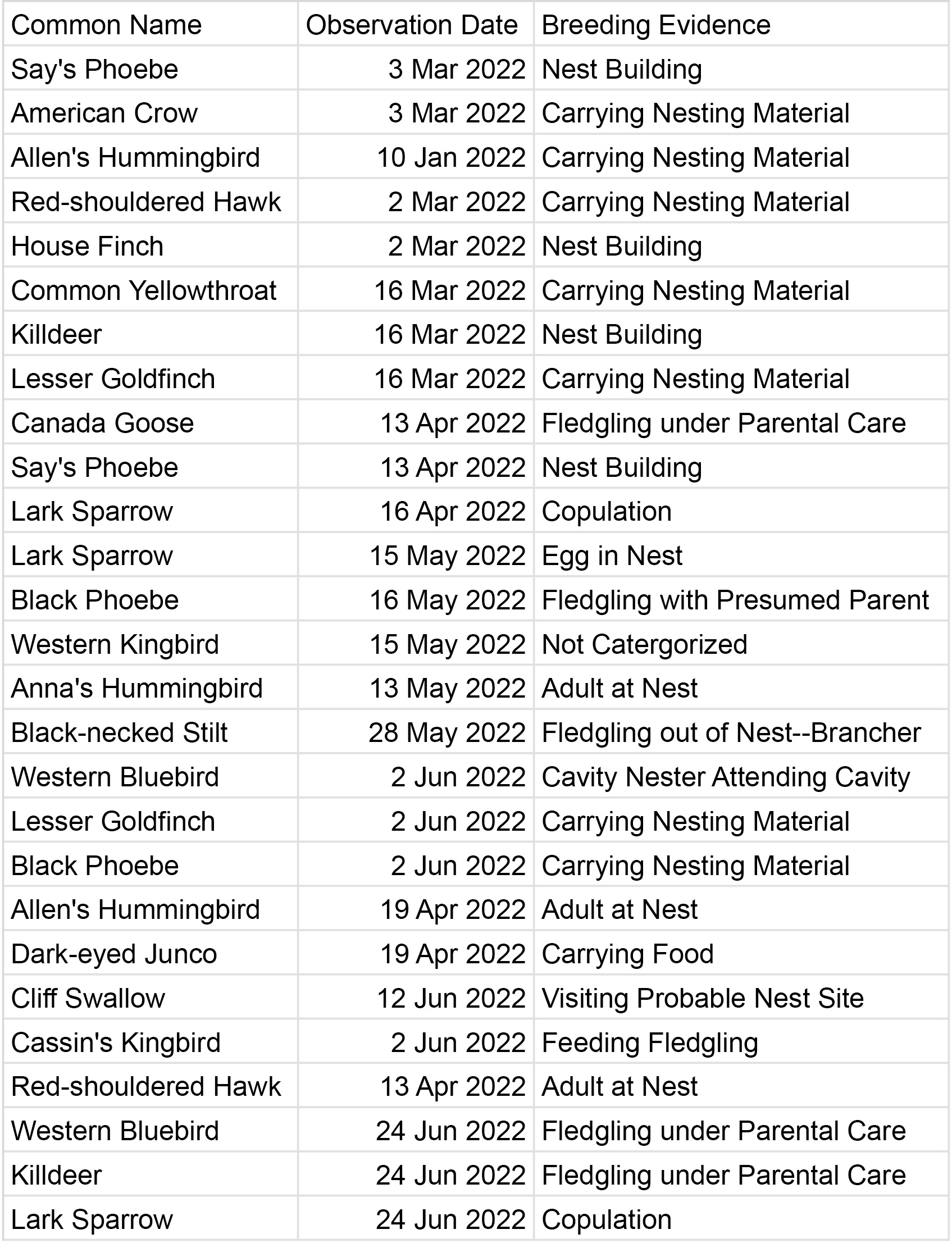 This figure demonstrates the value of citizen science, as the majority of the observations uploaded to the breeding bird survey for North Campus Open Space came from community members and birders paying close attention to the wildlife on site.

If you've walked past the North Campus Open Space Visitor Plaza in recent weeks you may have heard the high-pitched calls of two Red-Shouldered Hawk fledglings that have been spending a lot of time in the trees nearby. Although the adult Red-Shouldered Hawks nested off site in a tree across Whittier Drive, these fledglings have frequented North Campus Open Space to hunt and were even observed bathing in the wetland pool adjacent to the new parking lot. As they fly across the site looking for prey, ground squirrels can be heard alerting other nearby squirrels of a potentially dangerous predator nearby. 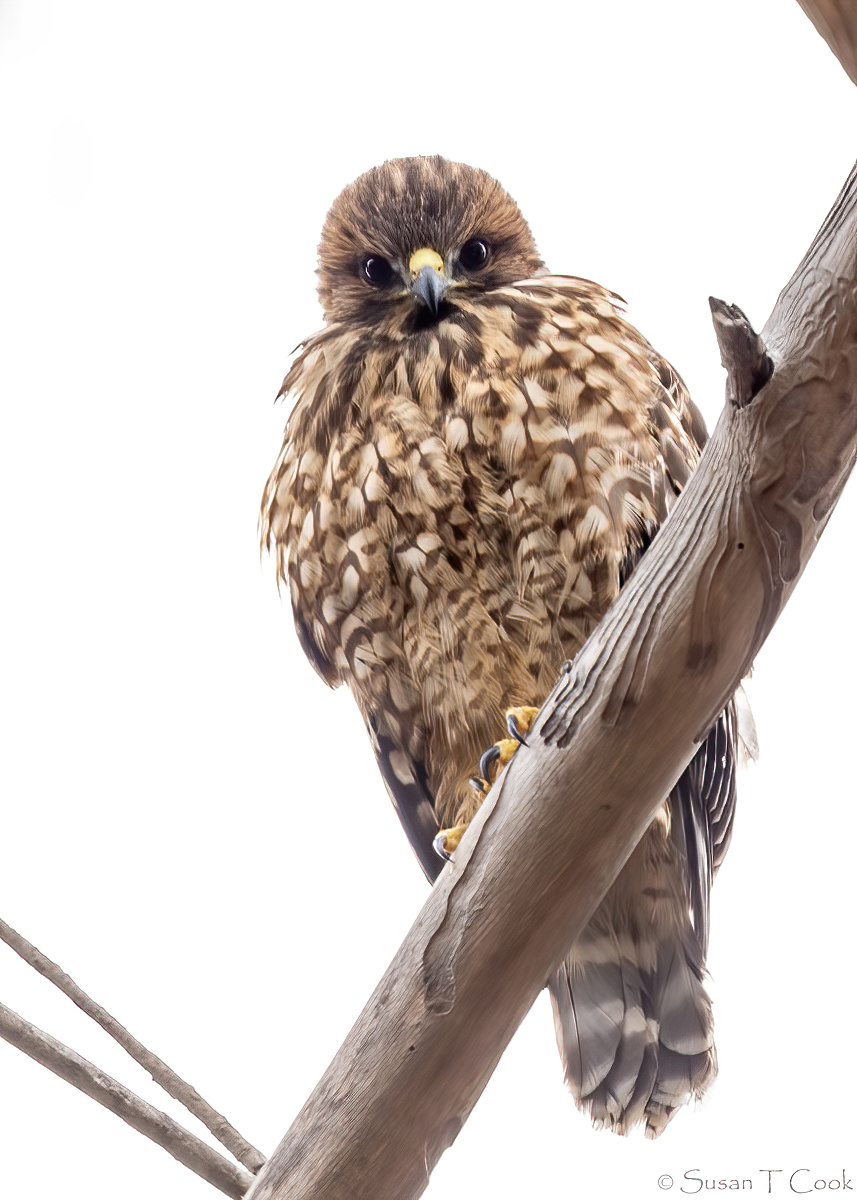 Red-Shouldered Hawk sitting on a Eucalyptus branch near the Visitor Plaza. Photo by Susan Cook.

One of the more dramatic tales from the 2022 breeding season was observed by vigilant local birder and photographer Susan Cook, who discovered a Western Kingbird nest in the grove of trees along the western periphery of NCOS. She tracked the progress of this nest over her next few visits to NCOS and found it disheveled and empty during her third trip. Thankfully, the breeding Western Kingbird pair were still nearby and were bringing food to a pile of branches below the nest where the chick was sheltering. This chick likely was at an age where it should have still been in the nest, but by the efforts of the Kingbird parents it was able to survive as its calls could be heard coming from nearby shrubs. 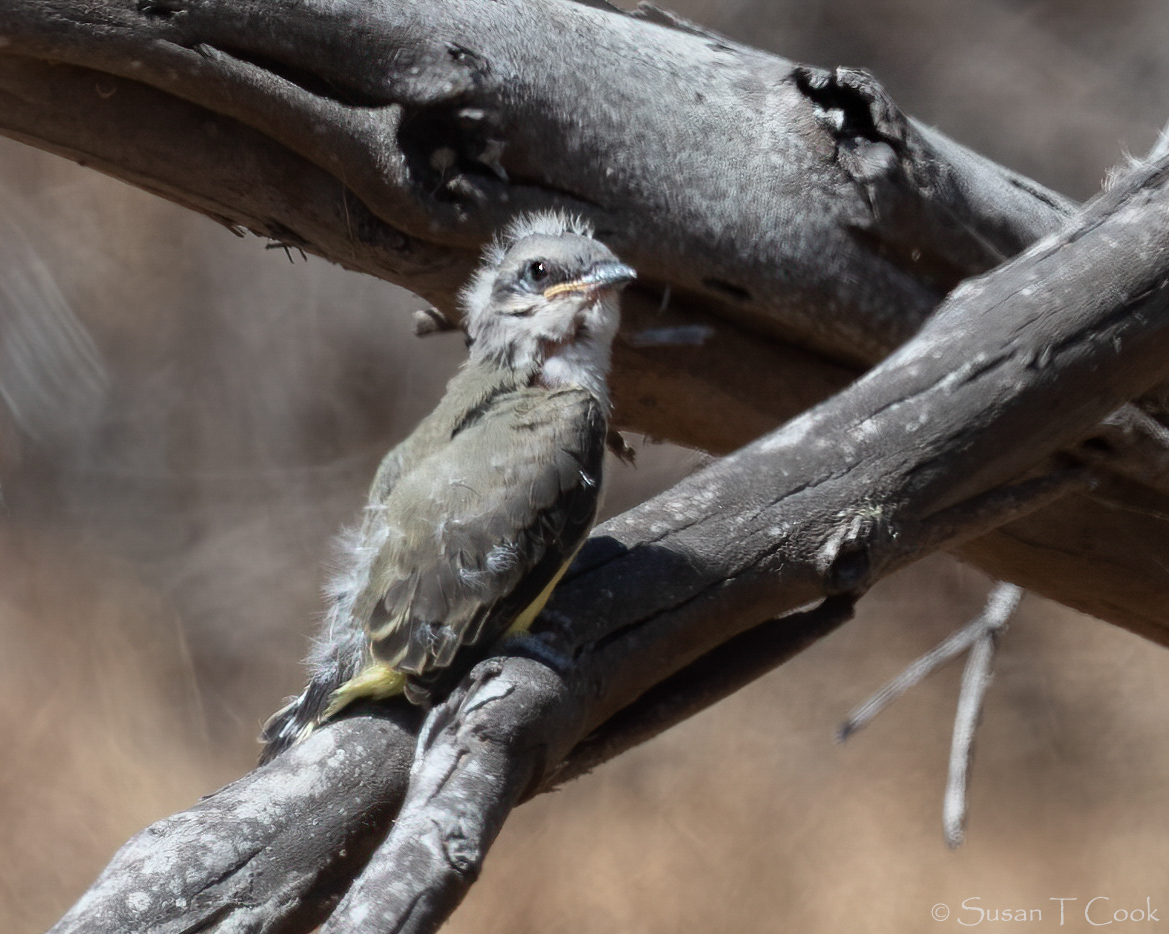 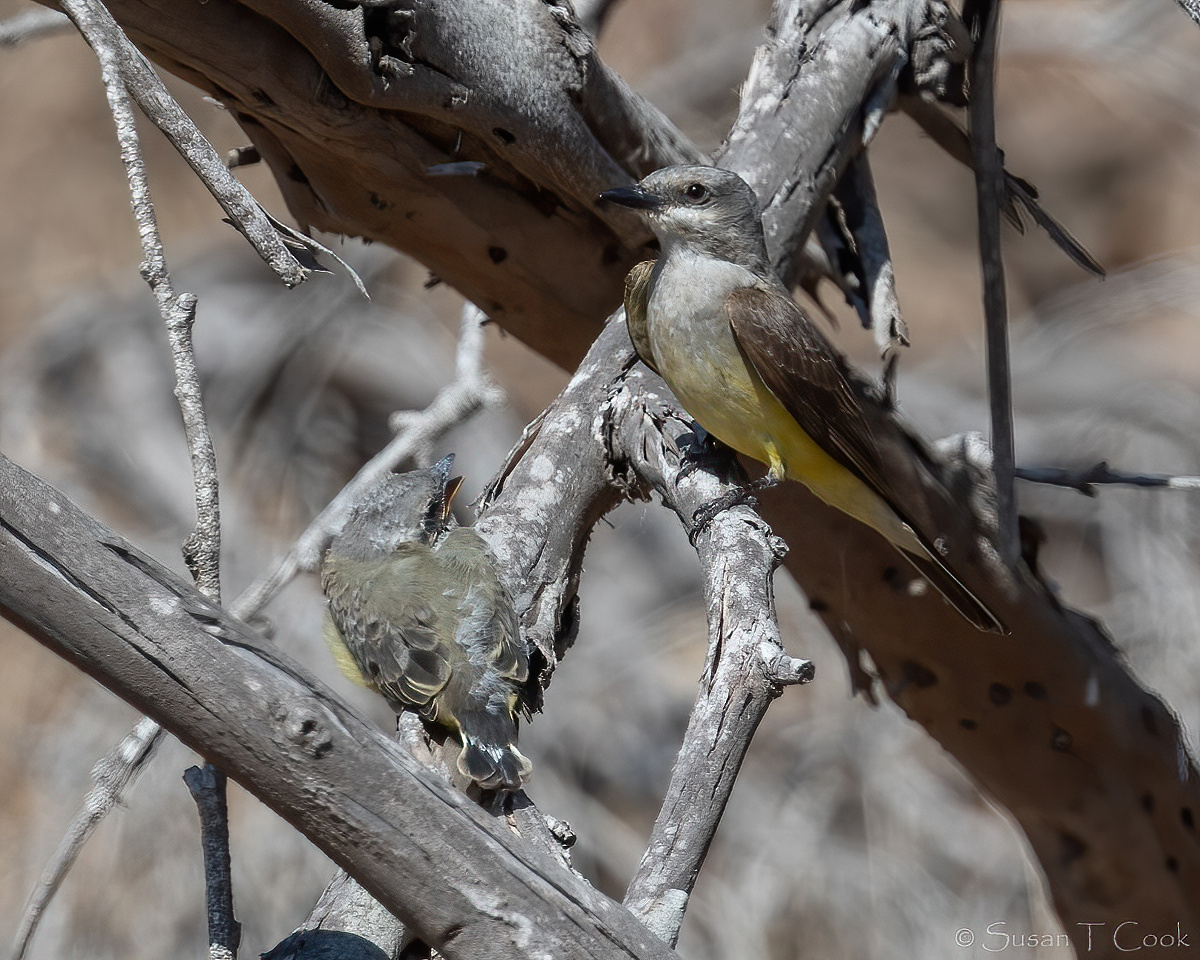 Another exciting observation from this year's breeding season is that of Western Snowy Plover chicks utilizing the salt marsh habitat on site to feed and camouflage from predators. This threatened species has been breeding in the dunes of neighboring Coal Oil Point Reserve for decades, but it was hoped that NCOS would expand their suitable habitat for breeding and provide a boost to their population. Unfortunately due to predation, mainly by crows, NCOS is yet to support Western Snowy Plover chicks long enough for them to fledge, but we hope that this may be the year! So far we have observed two Western Snowy Plover chicks foraging in the same small section of the salt marsh for the last week, and this week a new nest was spotted nearby. 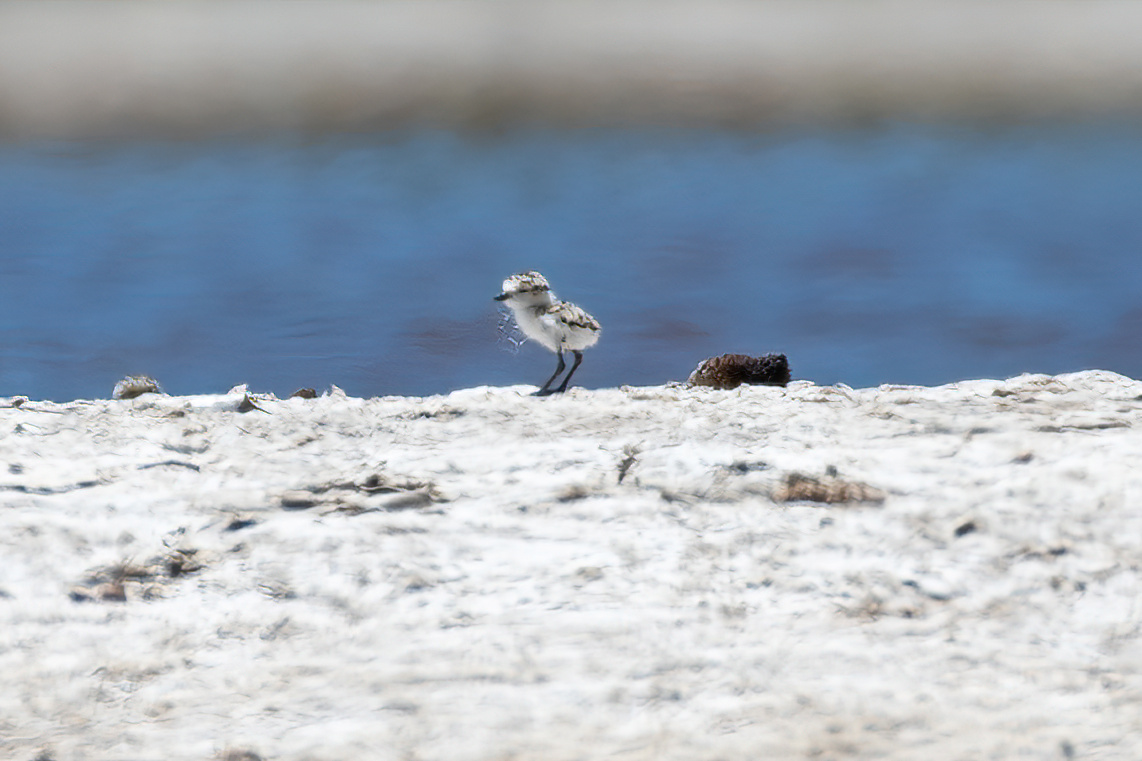 This chick's speckled camouflage helps it blend in with the salty margins of the slough, allowing it to survive this flightless early stage of life. 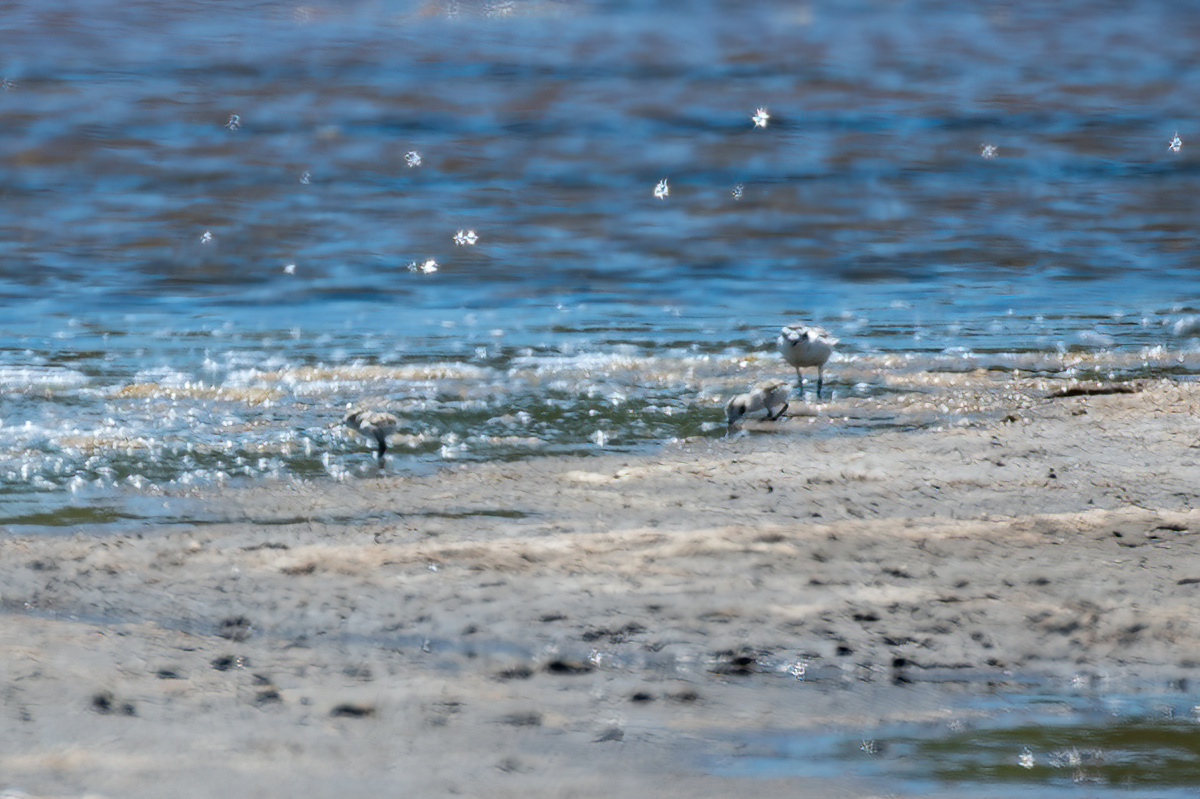 Two Western Snowy Plover chicks foraging on the slough edge as one of their parents stands nearby. These chicks will have to survive on site for about one month before they will develop the ability to fly. 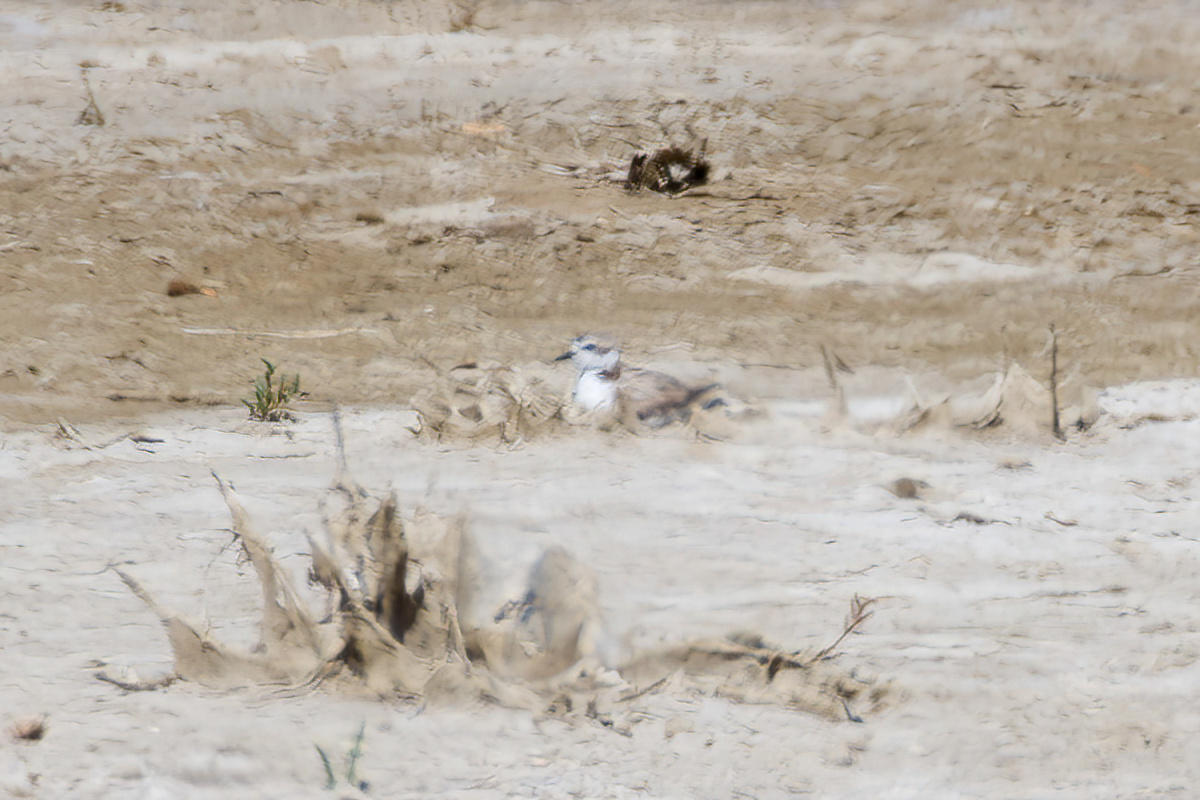 Adult Western Snowy Plover tending her nest adjacent to the Devereux Slough. These nests are typically shallow scrapes in bare ground that can be lined with organic debris found nearby.

A big thank you to all of our community members and local birders that have uploaded their observations to the breeding bird survey this year! Without you many of the exciting observations of this year's bird breeding season would have been missed. The Cheadle Center greatly appreciates all of you citizen scientists and encourages everyone who utilizes our trails to share their wildlife observations to outlets such as the breeding bird survey or by emailing us at ncos@ccber.ucsb.edu. Happy birding! 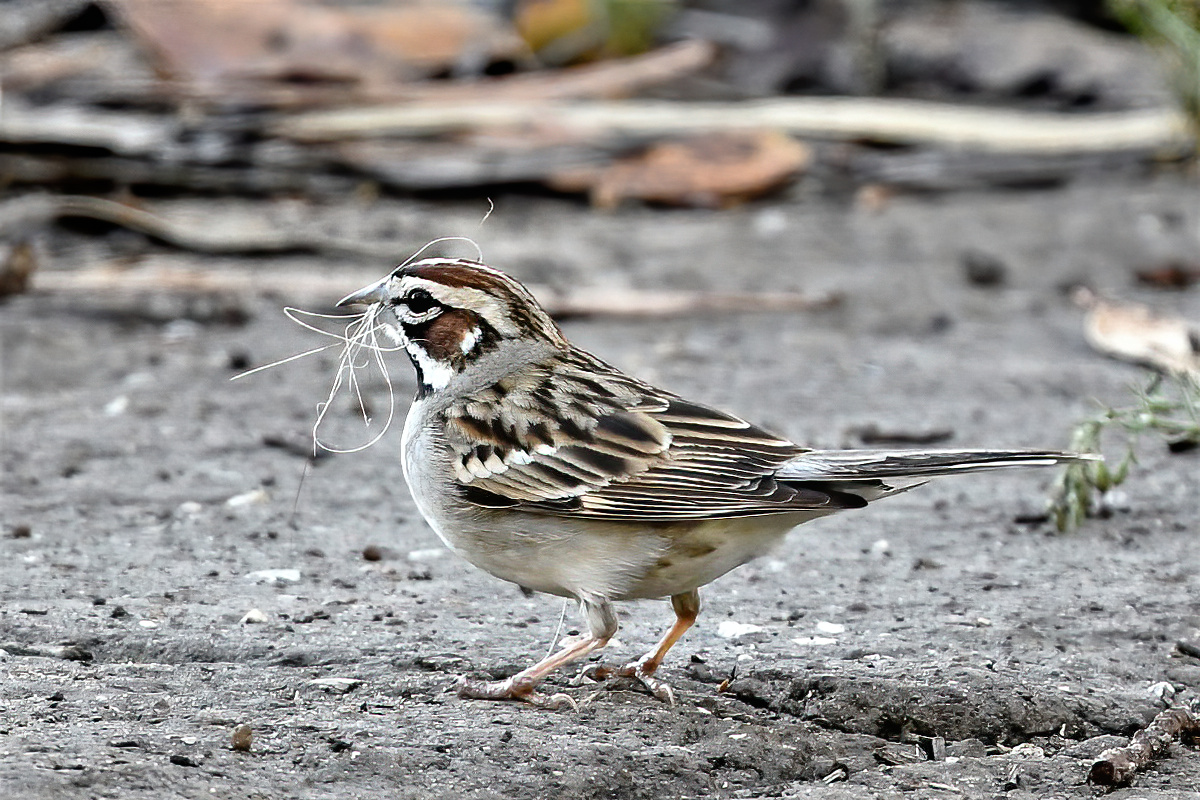 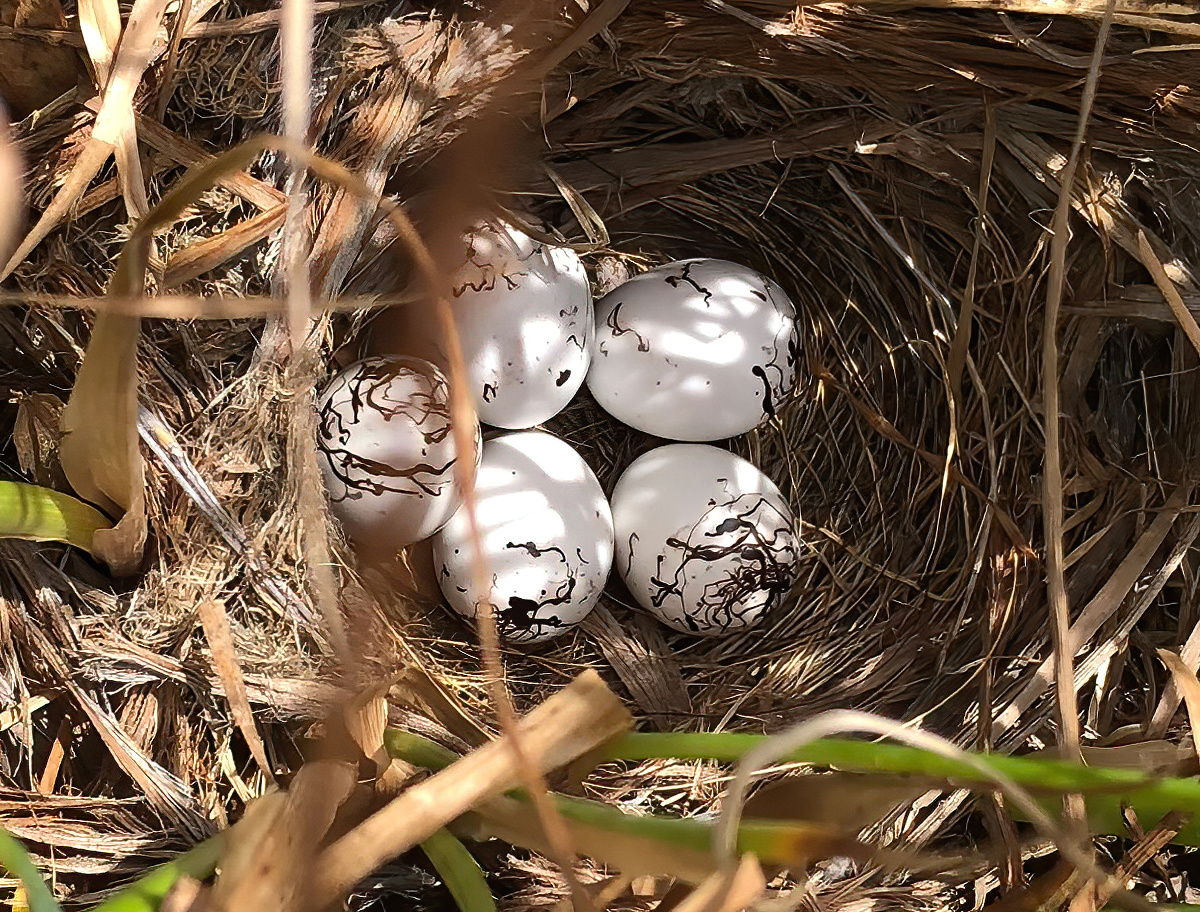 This article was written by CCBER Restoration Assistant Oliver Fahrner and edited and formatted for the web by Jeremiah Bender. Photographs are by Susan Cook, Daniel Forseth, and Jeremiah Bender.
Date:
Wednesday, July 6, 2022 - 10:30