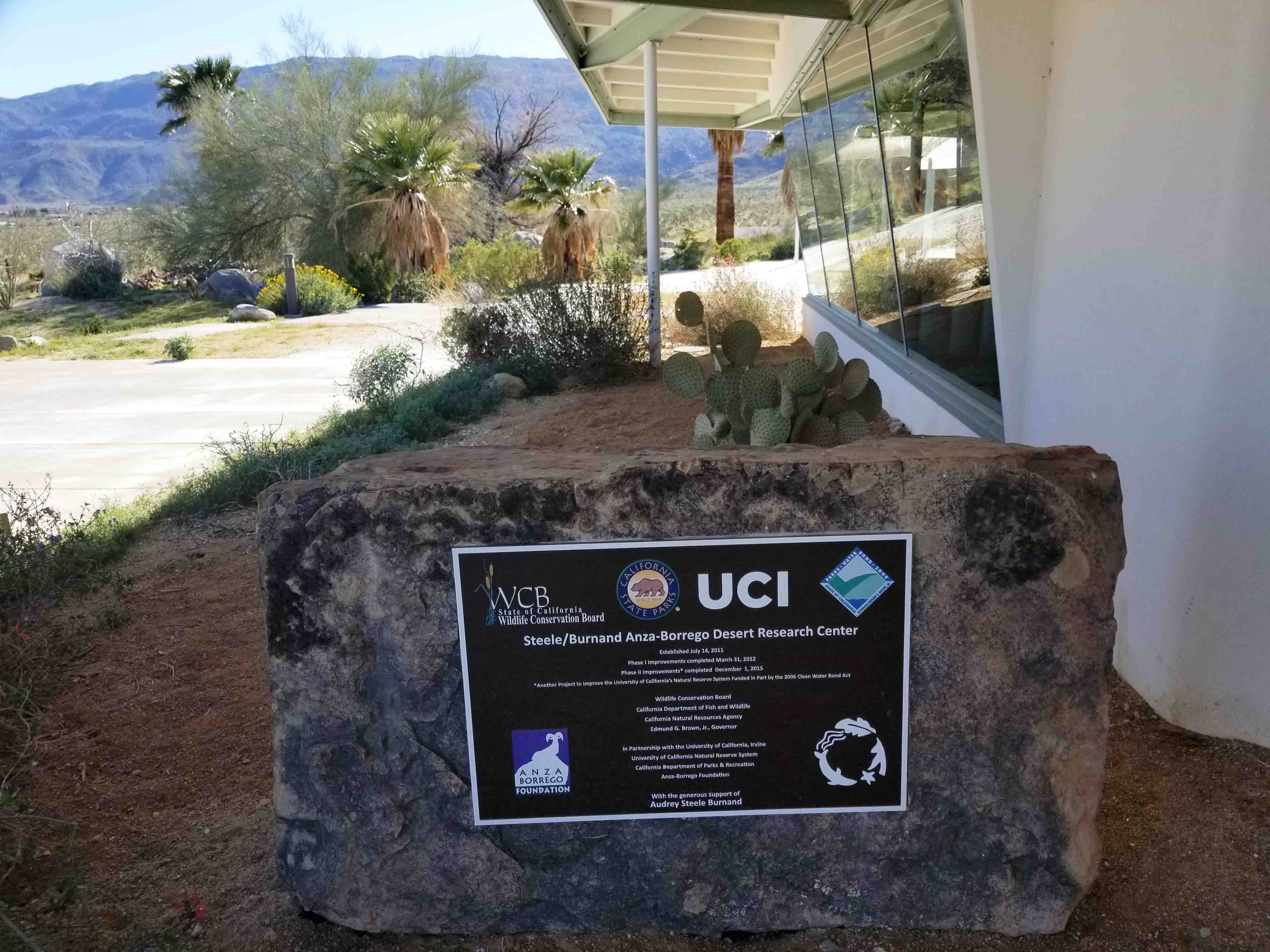 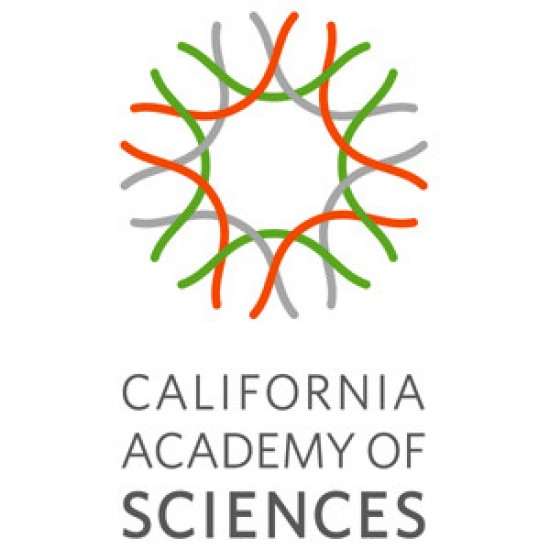 This past weekend on March 8, I and two other CCBER invertebrate zoology staff were swept up in a surprise field trip to the UC Irvine Steele/Burnand Research Center in the Anza-Borrego Desert. We searched wildflowers by day and bedsheets by night for insects to add to our collection, learning new techniques from California Academy of Sciences (CAS) researchers.

Two days before, CCBER Director Katja Seltmann received an invitation to join CAS staff in collecting insects at several spots south of their home base in San Francisco. California flora and fauna have prospered in the recent winter rains. As Lepidoptera (butterfly and moth) researchers, CAS Collection Manager of Entomology Chris Grinter and Curation Assistant David Bettman were on a mission to collect leaf-mining micro-Lepidoptera by day, and do black light trapping of nocturnal insects by night. They planned to stop by UCSB's Sedgwick Reserve, UC Irvine's Anza-Borrego station, and Shell Creek in San Luis Obispo. The wildflower explosion "super bloom" happening across California was just a backdrop bonus. 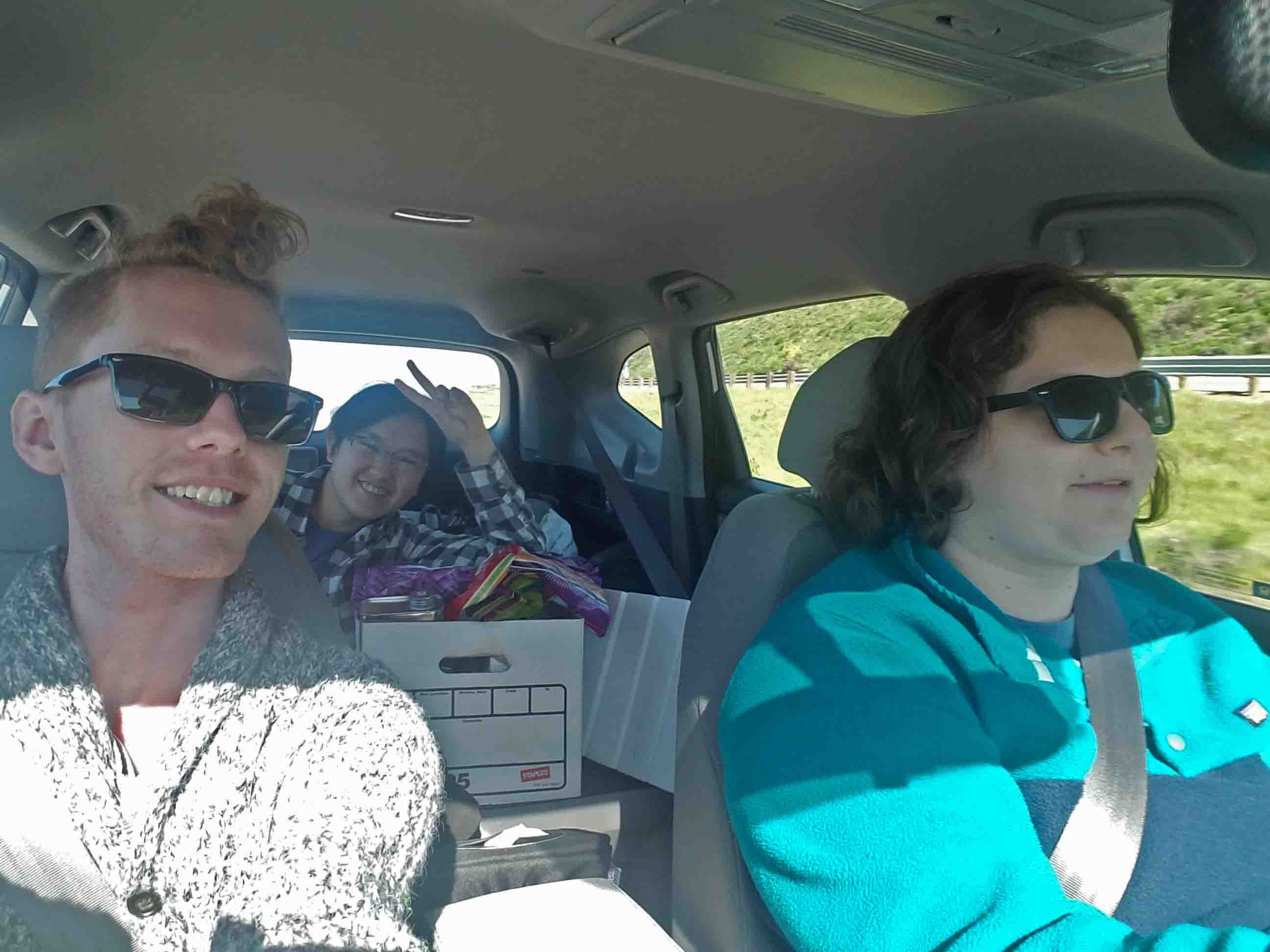 Seltmann sent UC Santa Barbara Ecology and Evolution graduate student Rachel Behm to the desert in her stead, as the nighttime trapping the CAS researchers were doing at Anza-Borrego Desert was extremely relevant to Rachel's research. For her master's, Rachel studies nocturnal wasps that parasitize moths. A few genera in that subfamily were only found in the desert in spring in the 1960's. The genus Trophophion is a rare Southern California endemic, and Rachel wanted a shot at finding it again, though chances were slim in early March (most were found April or after).

Rachel needed some company on the 5-hour-long drive, so I and Zachary Brown, my fellow curation assistant, were invited for general insect collection. We threw together collection-curation kits, got the food and camping materials needed for a stay at a field station, and departed early Friday morning.

Though we'd never been to Anza-Borrego, all of us live or have lived in Southern California, so the drive south through five counties was in parts familiar and brand new. Cloudy skies and roadside wildflowers flashed by, with a quintessential fast food pit stop at In-n-Out. As we drew closer to our destination, the landscape became scrubbier and more cactus-filled but no less floral, and we passed interesting displays from small towns. 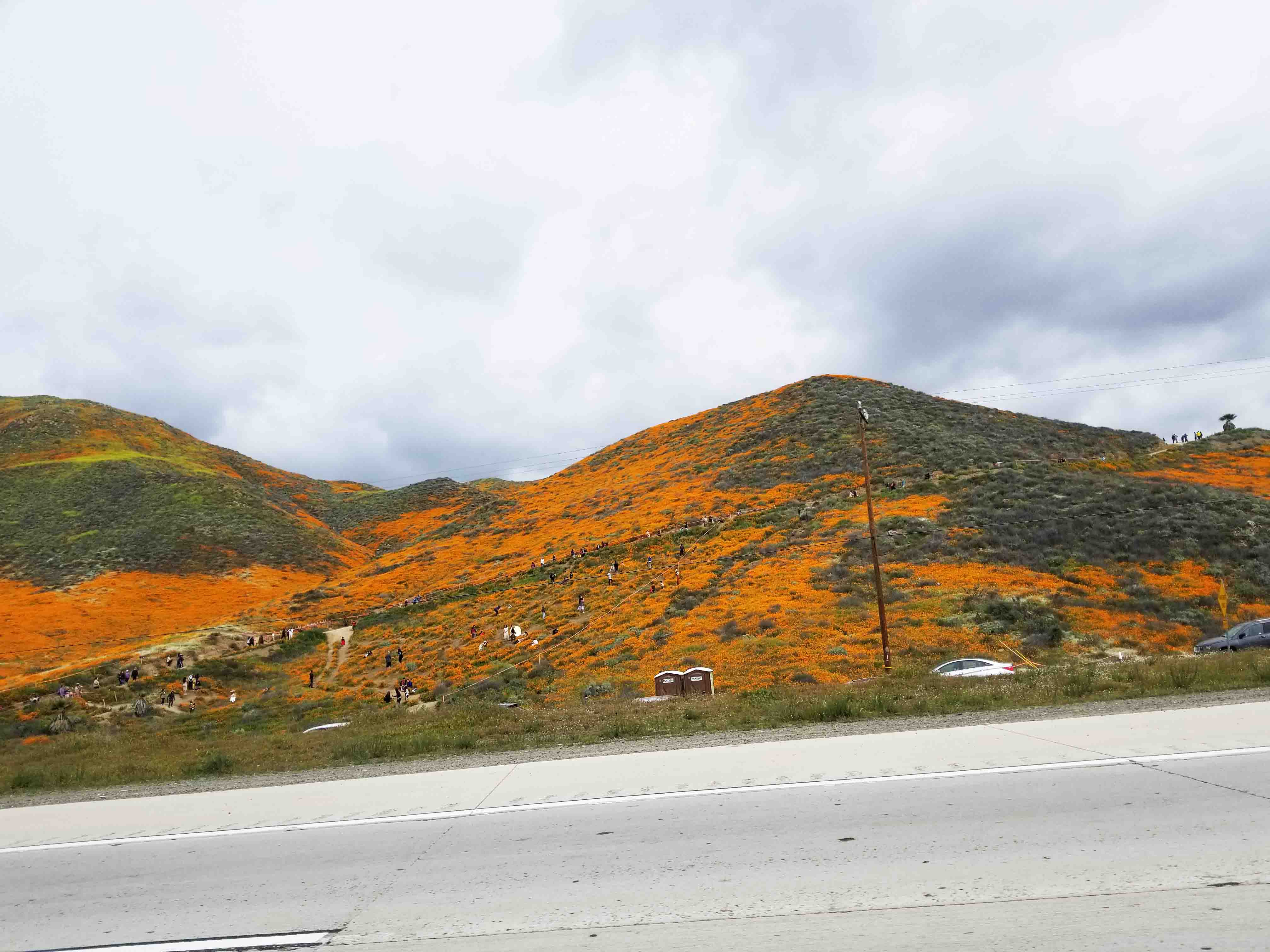 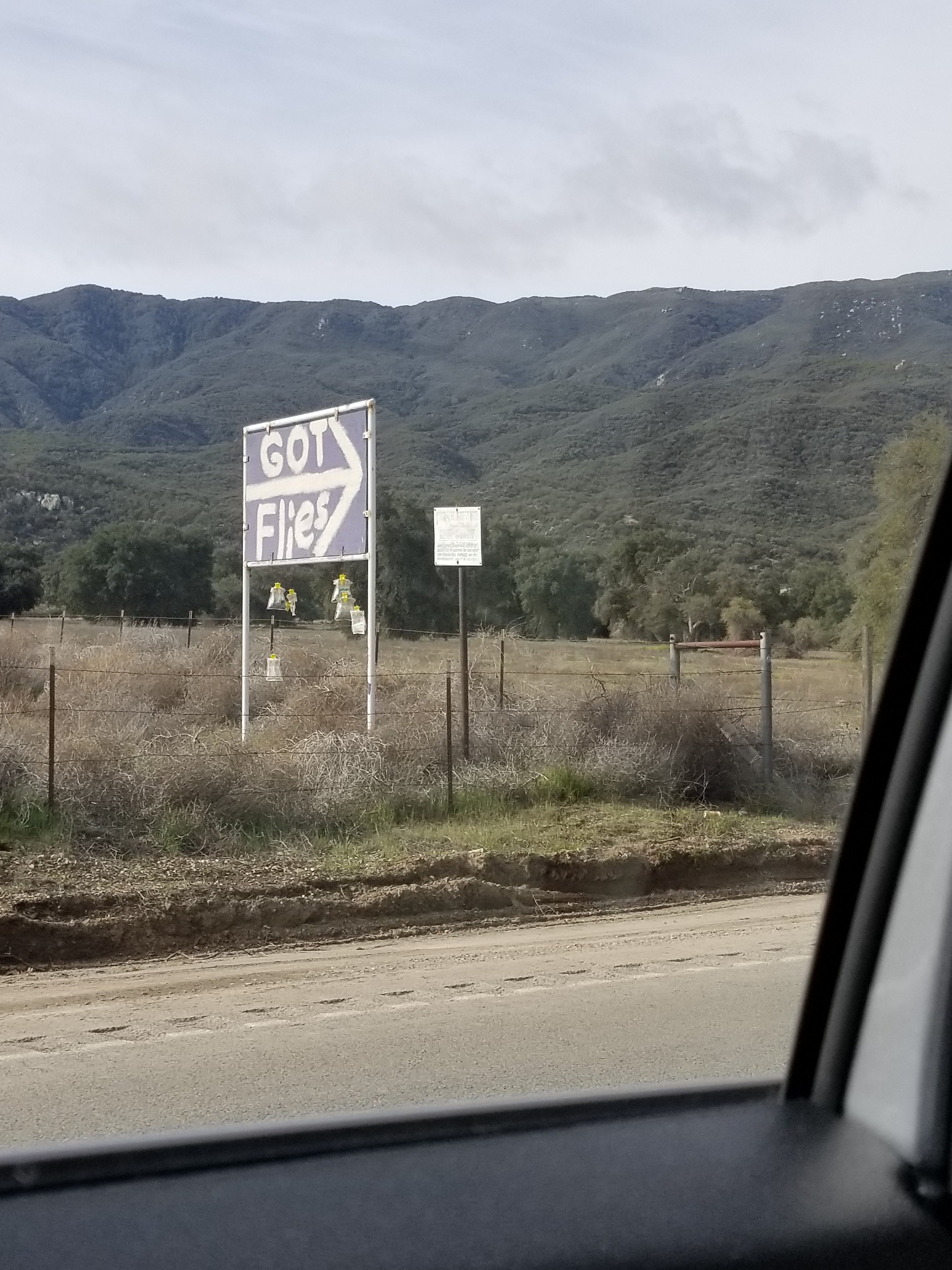 Left: Driving past the California poppy (Eschscholzia californica) "super bloom" and its many admirers near Lake Elsinore. Right: A sign off Highway 79 that seemed to be a good omen for what specimens we'd get.

When we arrived at the UC Irvine Steele/Burnand Anza-Borrego Desert Research Center, we were shown our accommodations by Reserve Manager Jim Dice and staff member Bob Theriault. The center itself is nothing to sneeze at: as a refurbished country club, the rooms and the view out into the largest state park in California were spectacular. The center is part of the University of California's Natural Reserve System and had no shortage of researchers and UC students coming through while we were there. We had a few bunk beds to ourselves but shared communal bathrooms, common rooms, and cooking space as we spent the rest of the day settling in. 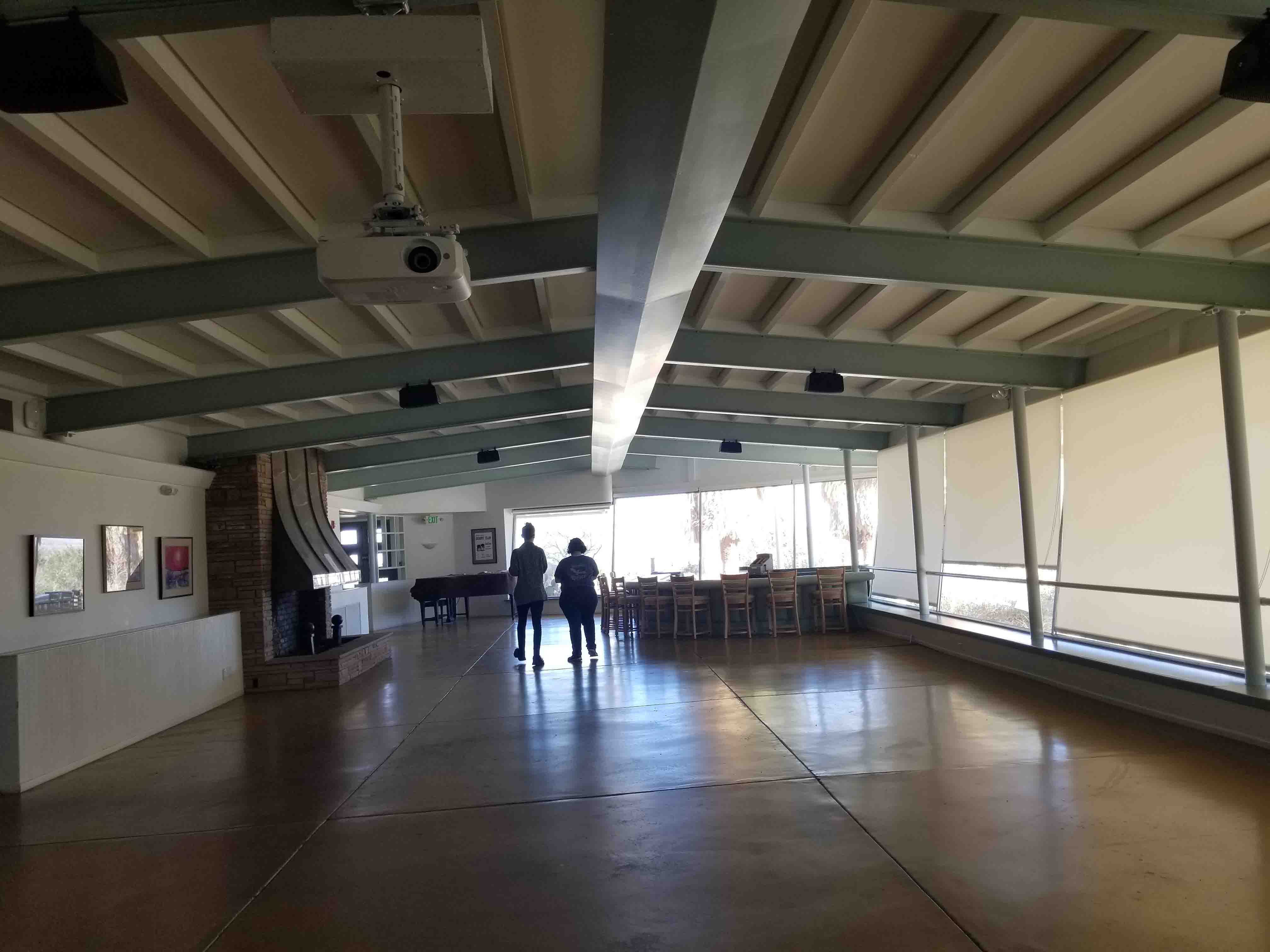 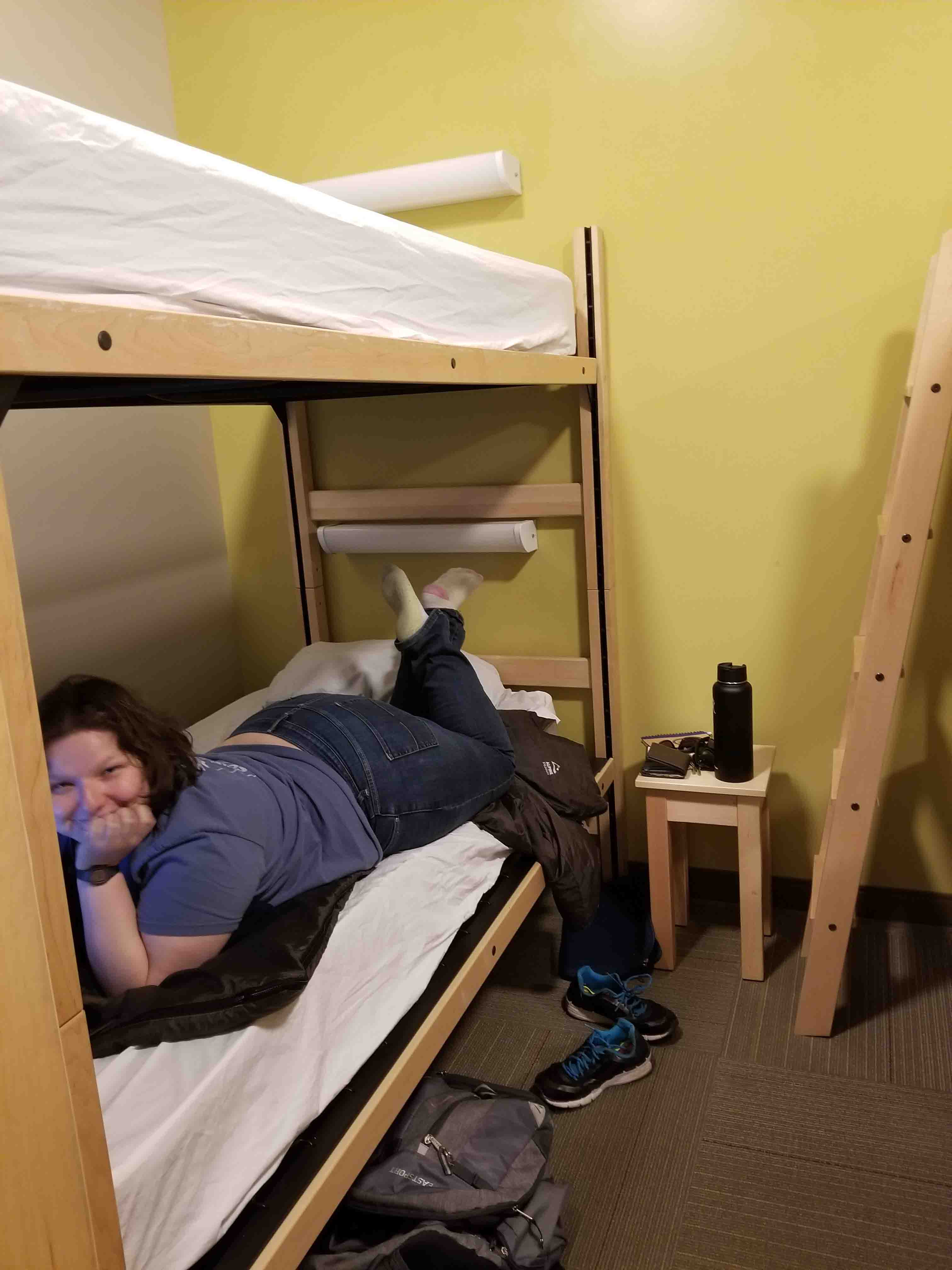 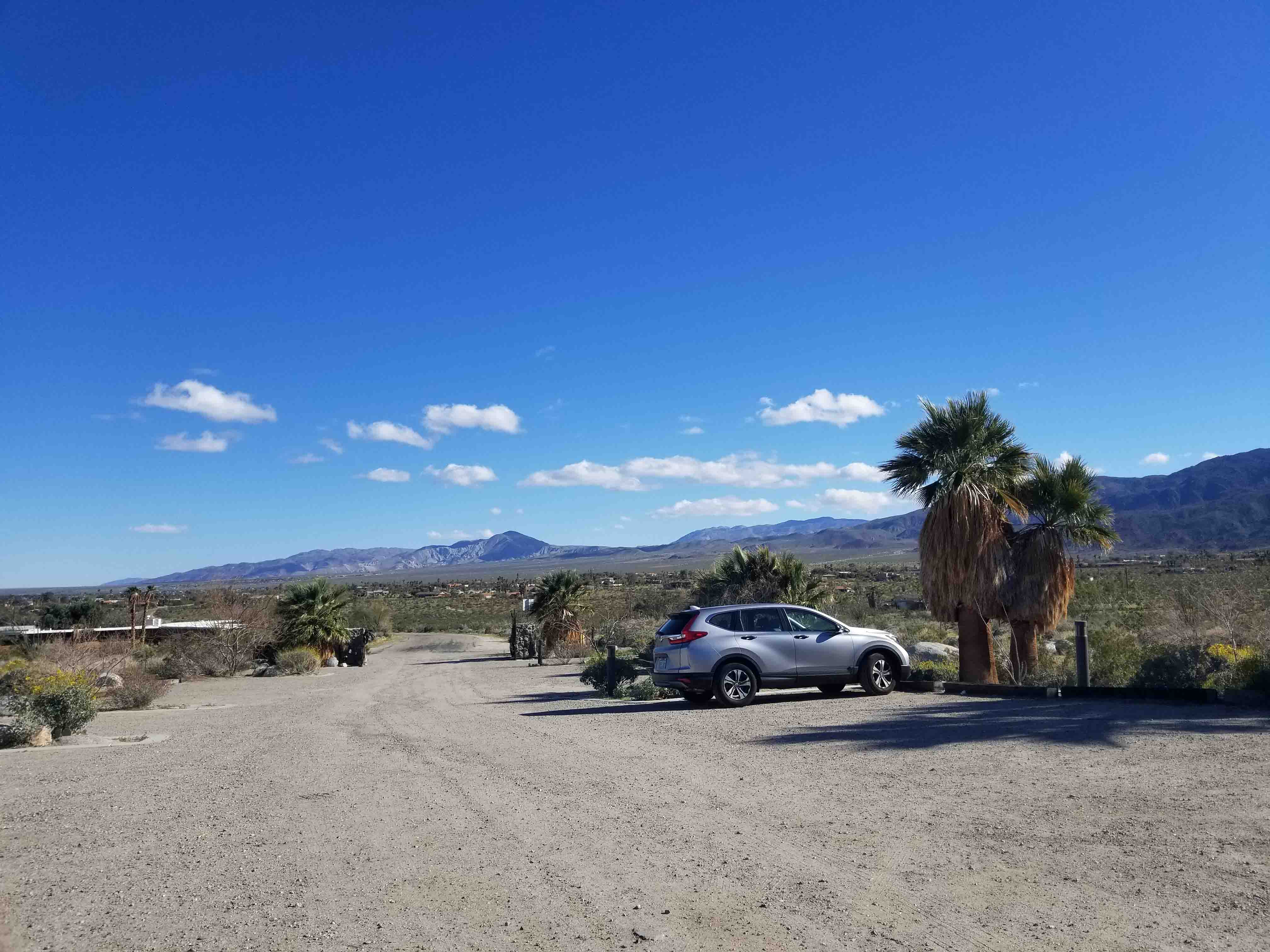 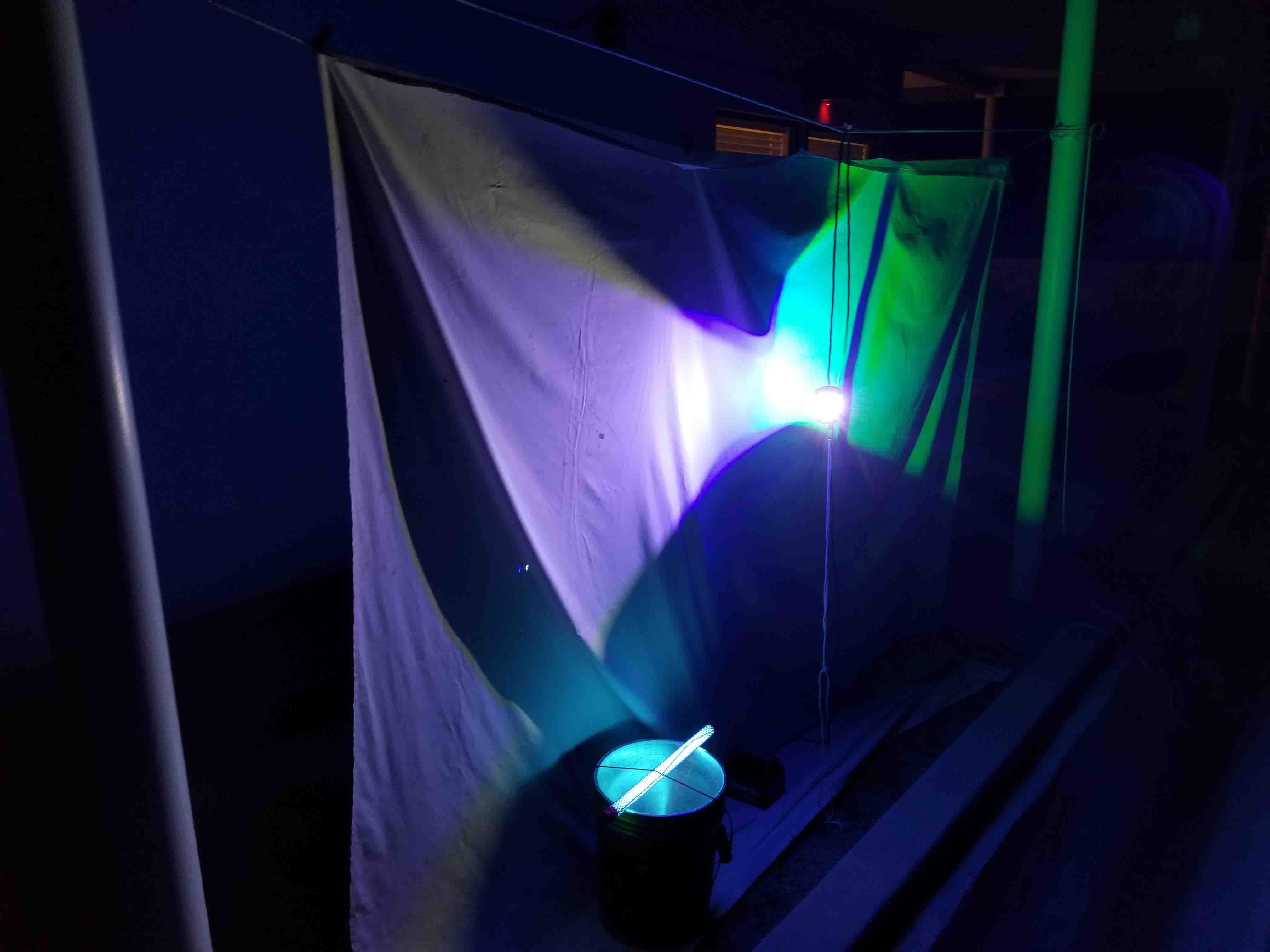 Evening approached, and the night came alive with trap setup and other night collecting by us and our friends from CAS. Grinter and Bettman set up both types of black light traps, which I've previously written about briefly here.

One trap was essentially a white bedsheet stretched across a clothesline, with a blue light facing an open area and lighting up the sheet to lure in nocturnal insects. Collectors like us could then survey the sheet for insects we wanted and pick them off, dunking chitinous insects in alcohol or trapping scaly-winged flutterers in an ethyl acetate-charged containter. Grinter was also prototyping a LED green-blue light to see if that would lure as many insects as the traditional mercury vapor light. 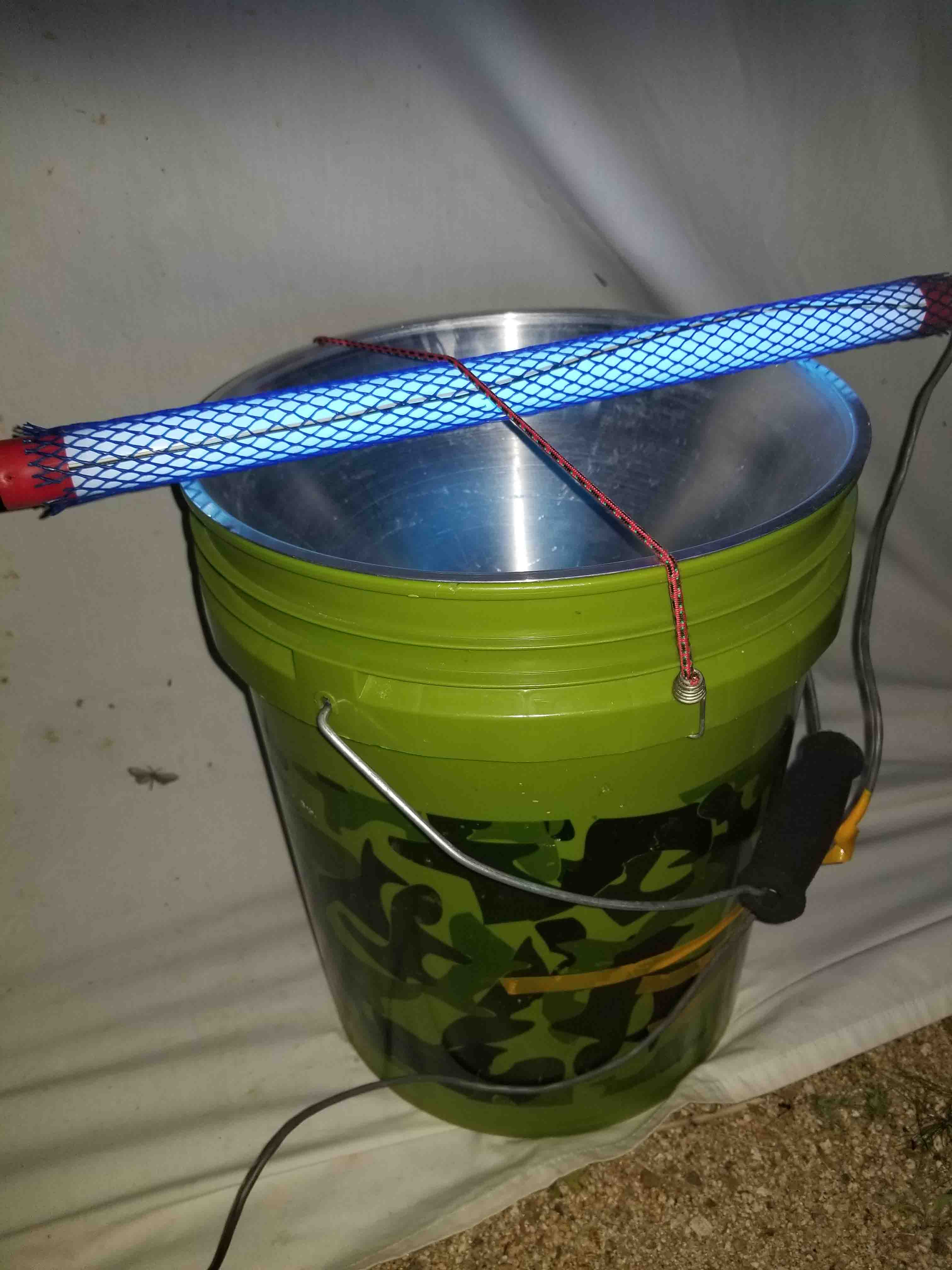 The second type of trap is a "bucket trap". A mercury vapor light is placed over a funnel that draws insects down into a bucket treated with ethyl acetate or another killing agent. For this one, you don't have to stick around; you just pick the bucket up in the morning and sort through to see what you've caught.

We went out a few times as the night grew deeper to pick from the sheet. Unfortunately, it was very cold and somewhat windy, which put a definite damper on insect activity. Rachel got lucky and grabbed one Ophion species wasp from off the wall of the research center; it was a common genus, but it was the first time she'd seen one of her study species alive (before she promptly killed it in alcohol).

The next morning was spent processing the specimens we'd caught, sorting what was in the bucket traps and making sure we had adequate collection data for each specimen. We had the great opportunity to see Grinter at work pinning out micro-Lepidoptera with minution pins, and both Grinter and Bettman gave us specimens from the bucket trap that they didn't want, with expert taxanomic identifications given on the spot. 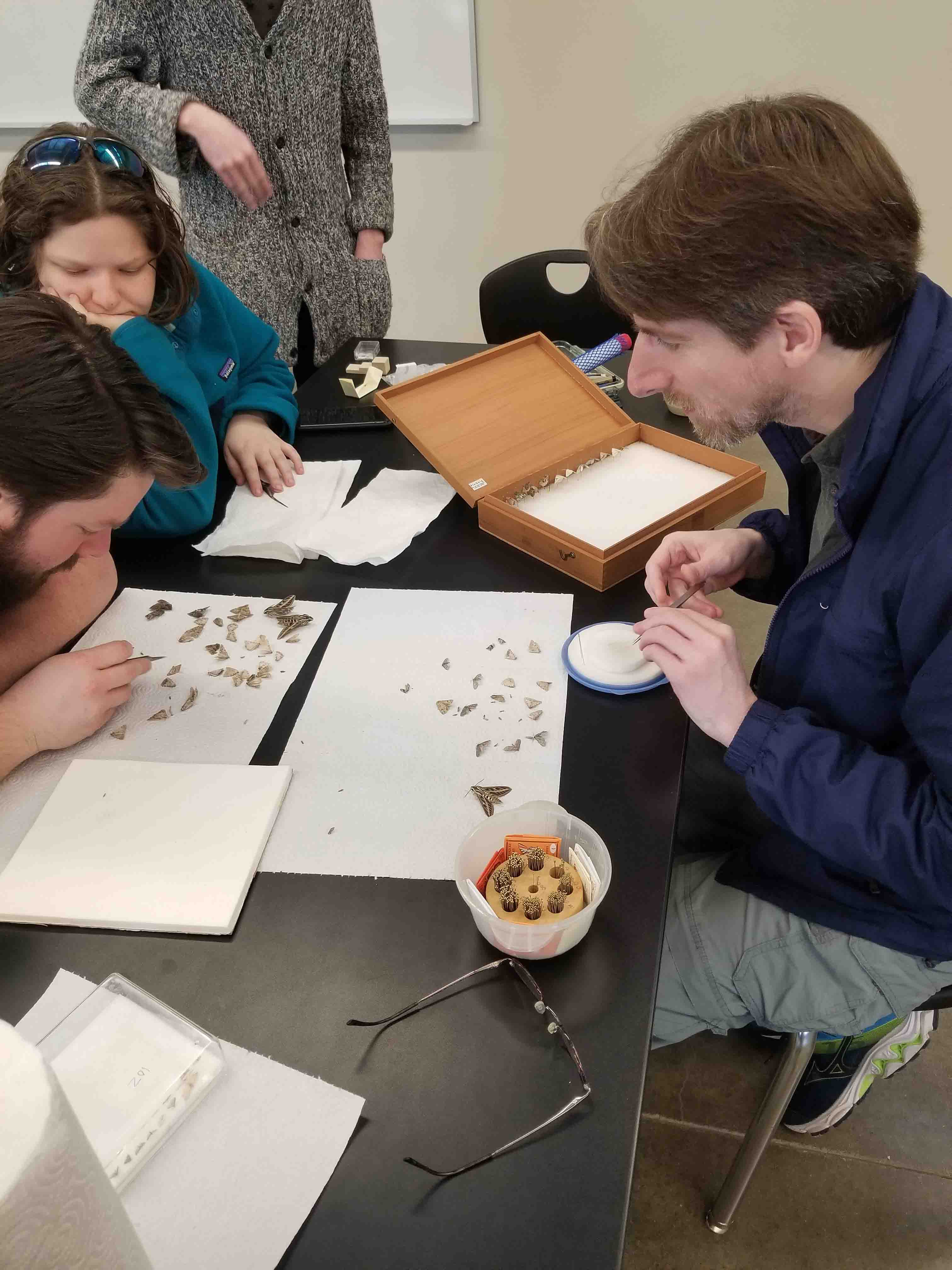 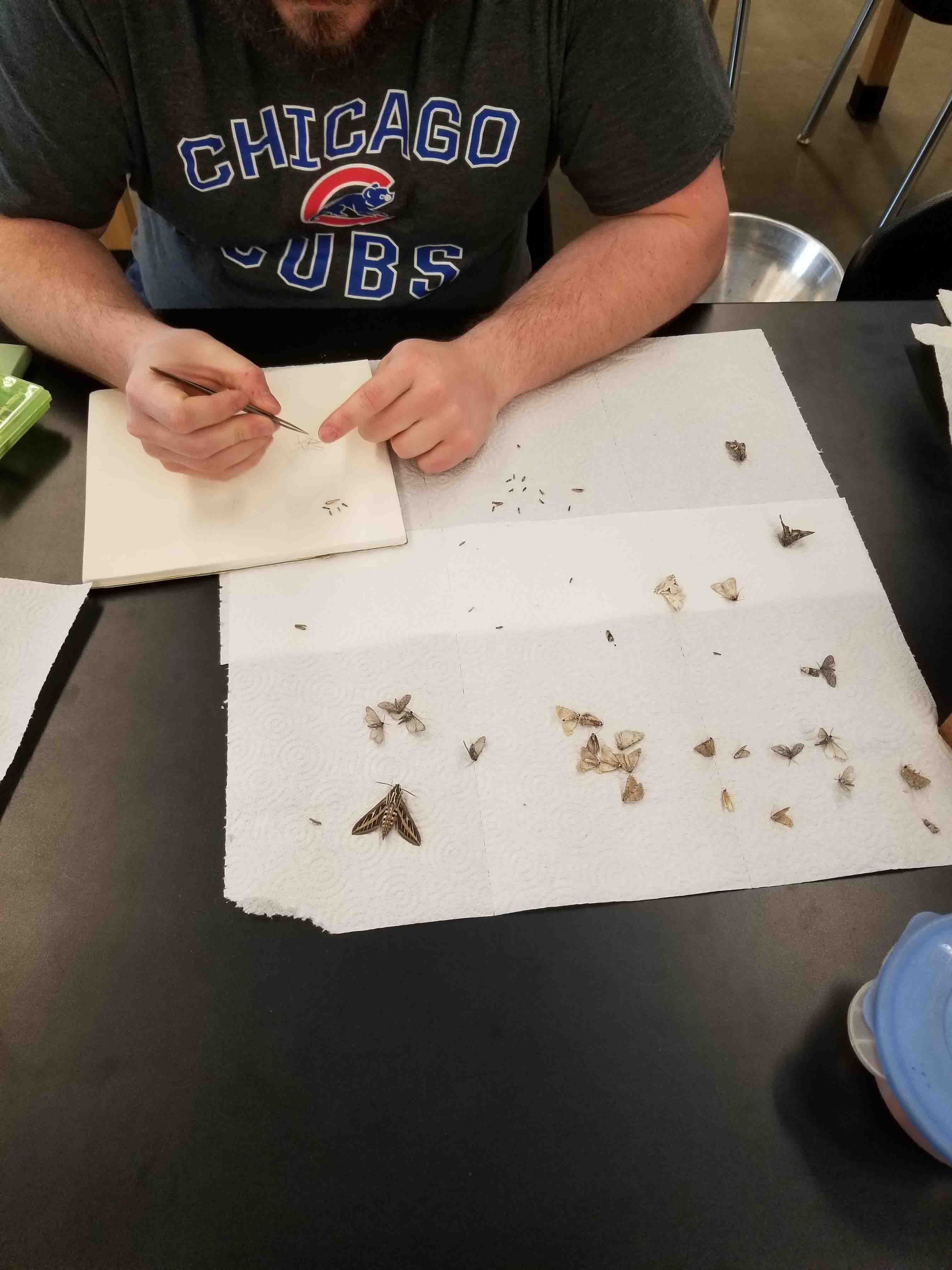 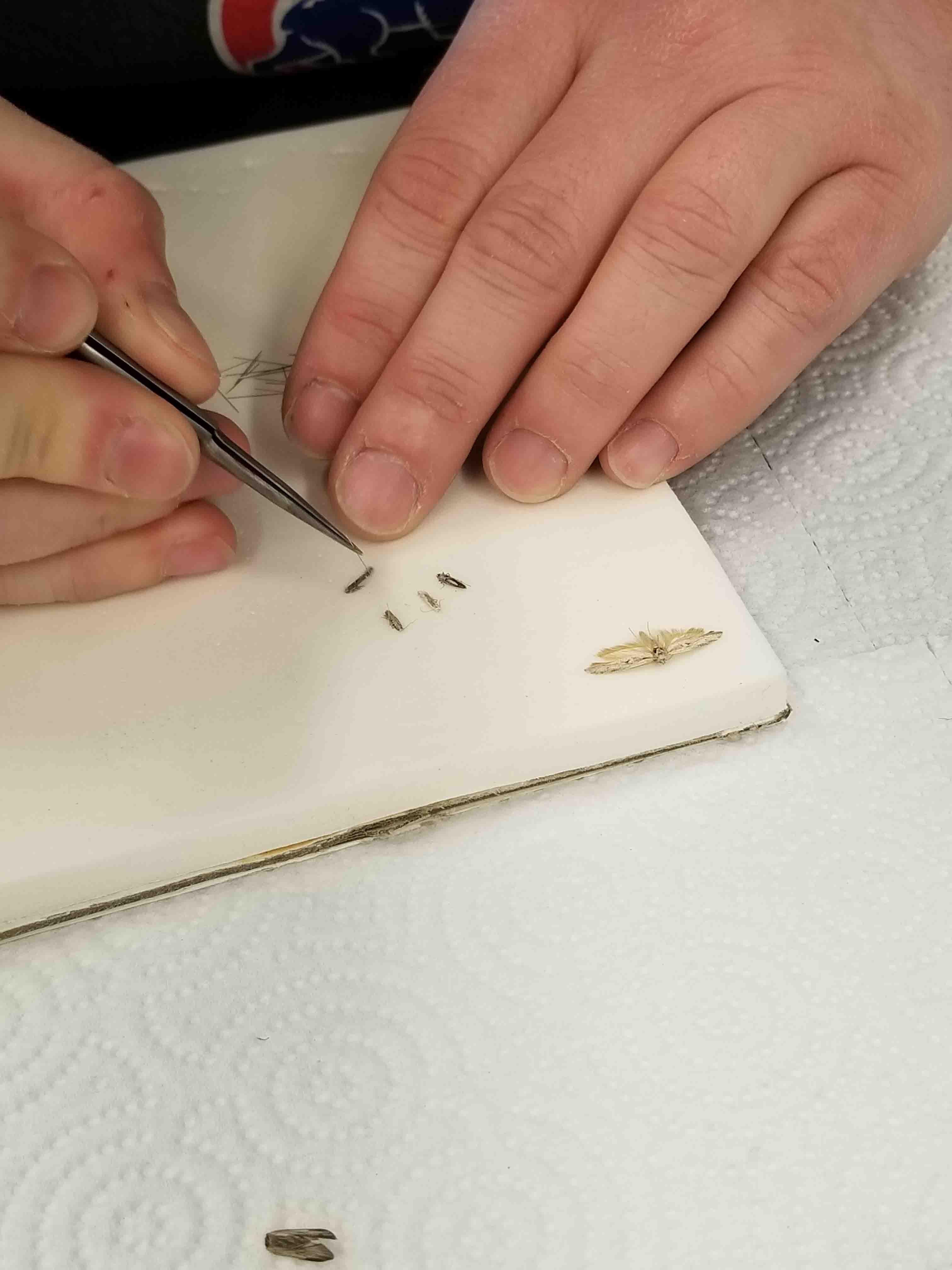 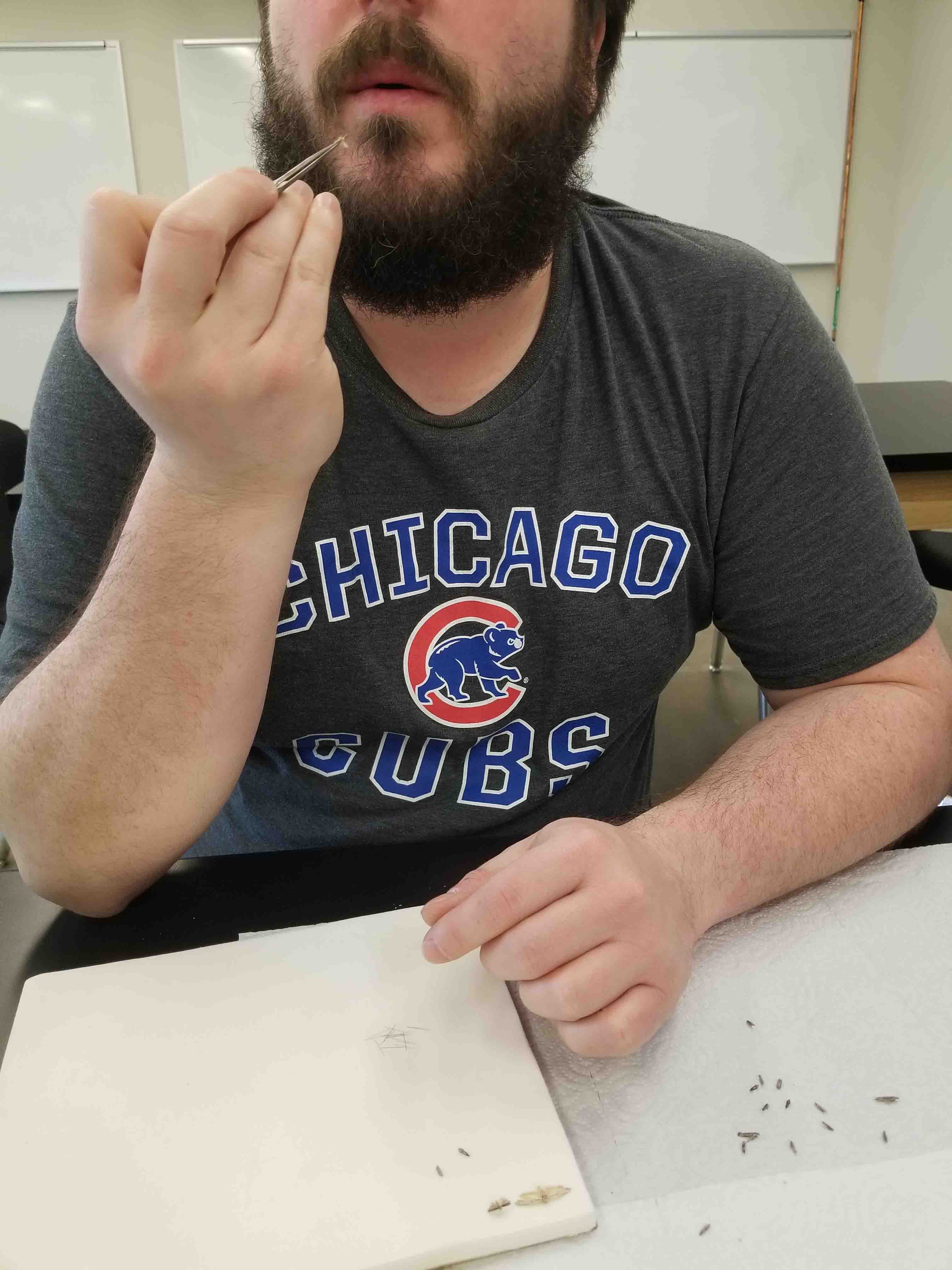 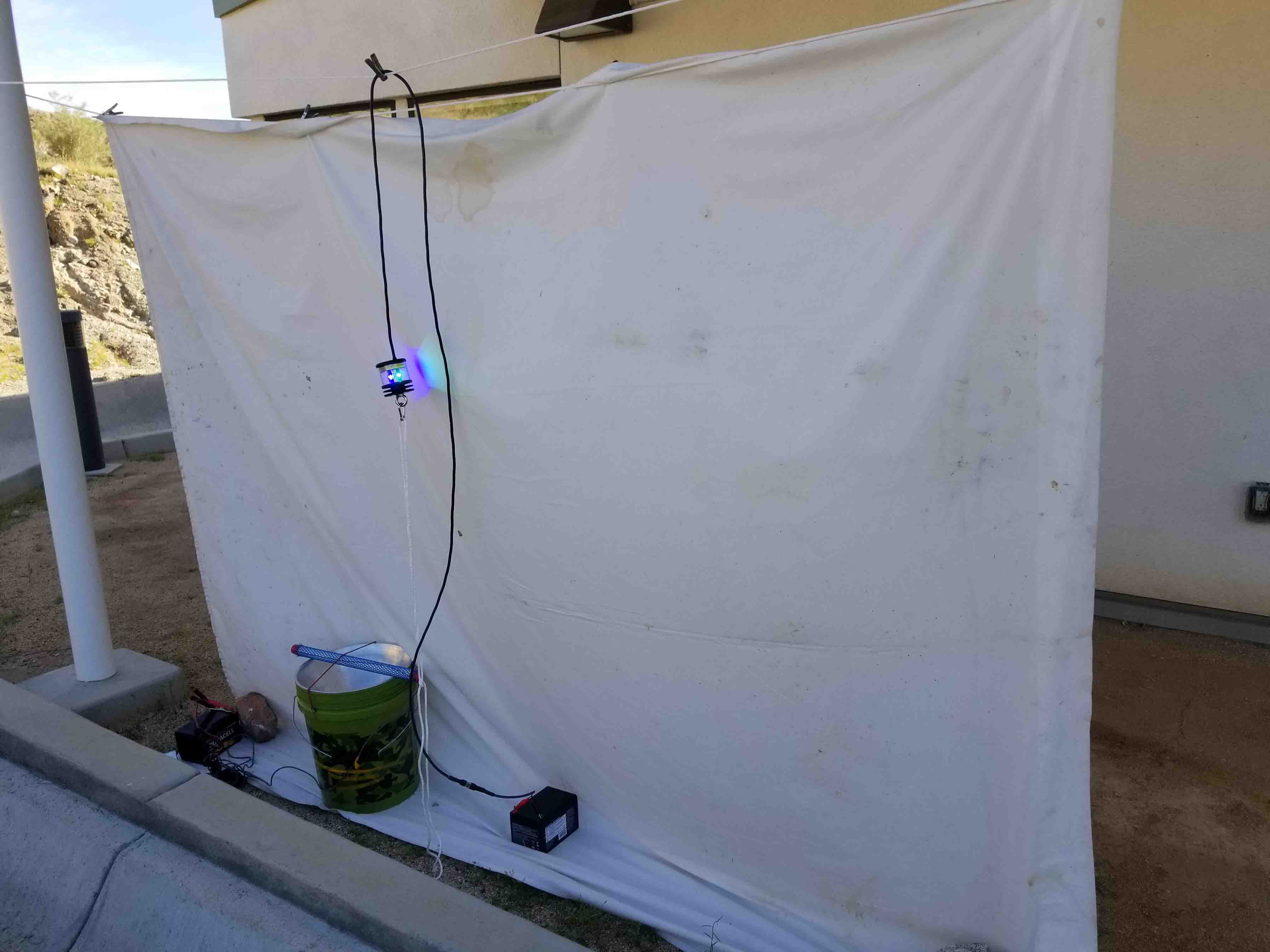 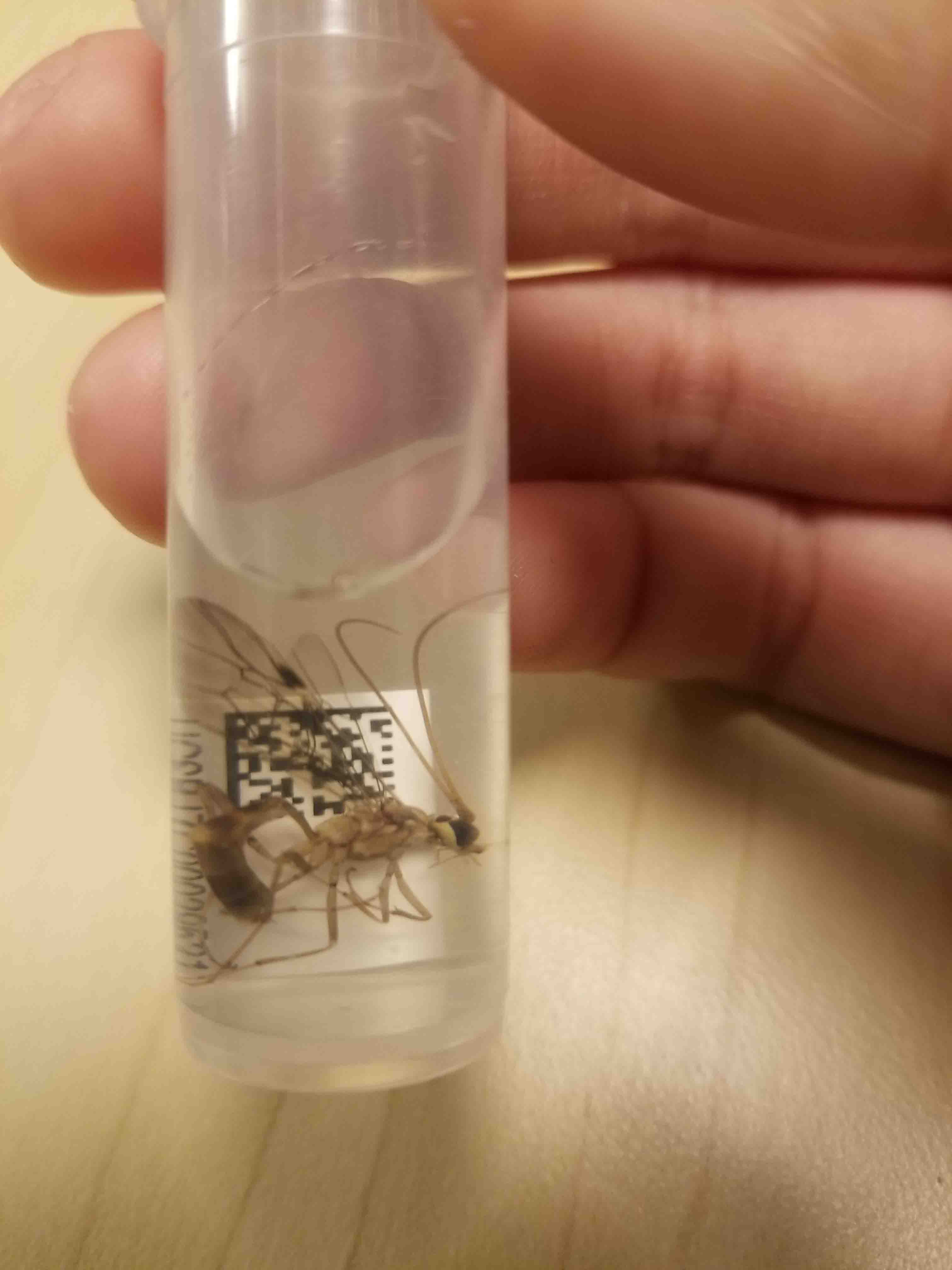 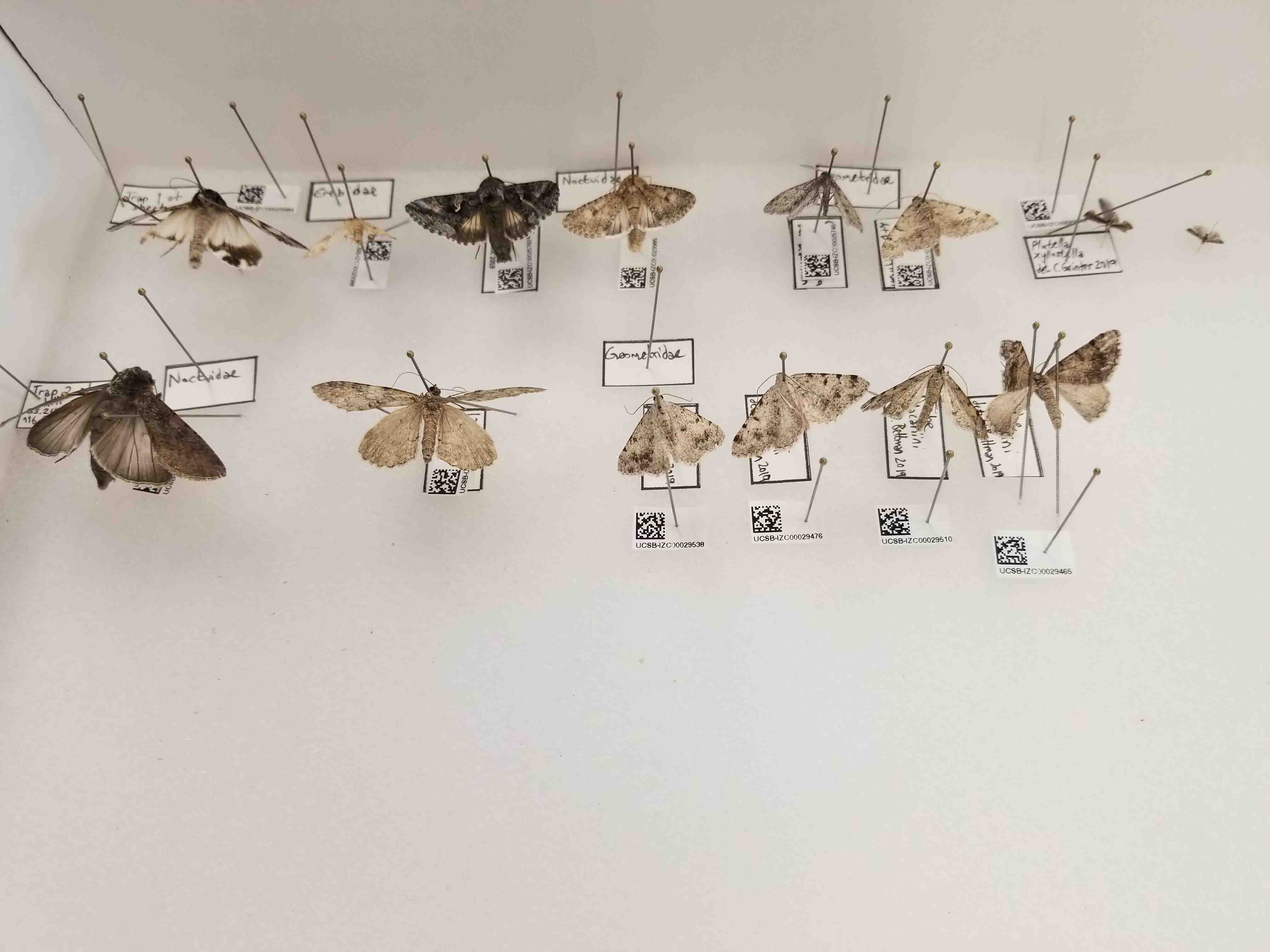 Top row: Watching Chris Grinter and David Bettman at work. Grinter takes a minution in his hard forceps, pierces the micro-Lepidoptera, and blows on it to spread its wings. Bottom row: Sheet and bucket black light traps in the day, the single Ophion sp. Rachel collected, and the synoptic identified desert Lepidoptera that Grinter and Bettman gave us from their bycatch.

After sorting, we went our separate paths for daytime collection. Rachel and I explored the river wash near the research center, while Zach accompanied Grinter and Bettman to drive out for their research and collect leaf-mining micro-Lepidoptera.

I went with Rachel to enforce the buddy system - ideally, no one goes in the field alone to maximize safety. While collecting was not allowed in Anza-Borrego State Park without a state park permit, the 80 acres around the research center were free game (for research purposes). We used sweep nets and a hand aspirator to swipe insects from plants and suck them up into a vial, along with the classic collection method of picking the insect up off the ground. I didn't get any pictures of us in our field gear because I was too busy collecting, but we saw a lot of wildlife amongst the flowers that were beginning to bloom. We left a lot of it alone and only collected what we didn't have at CCBER, which Rachel was familiar with since she's done extensive work on the invertebrate zoology collections. 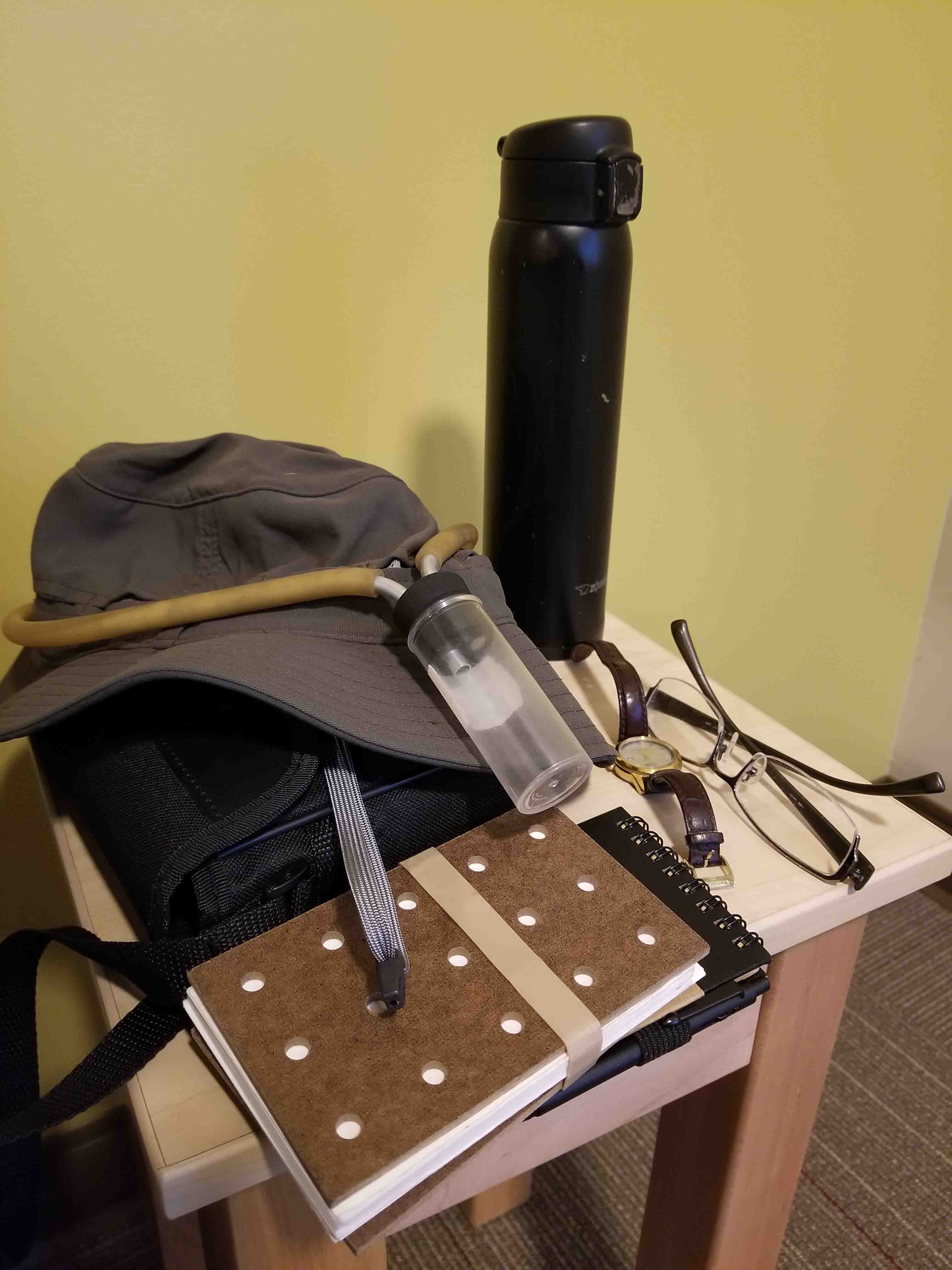 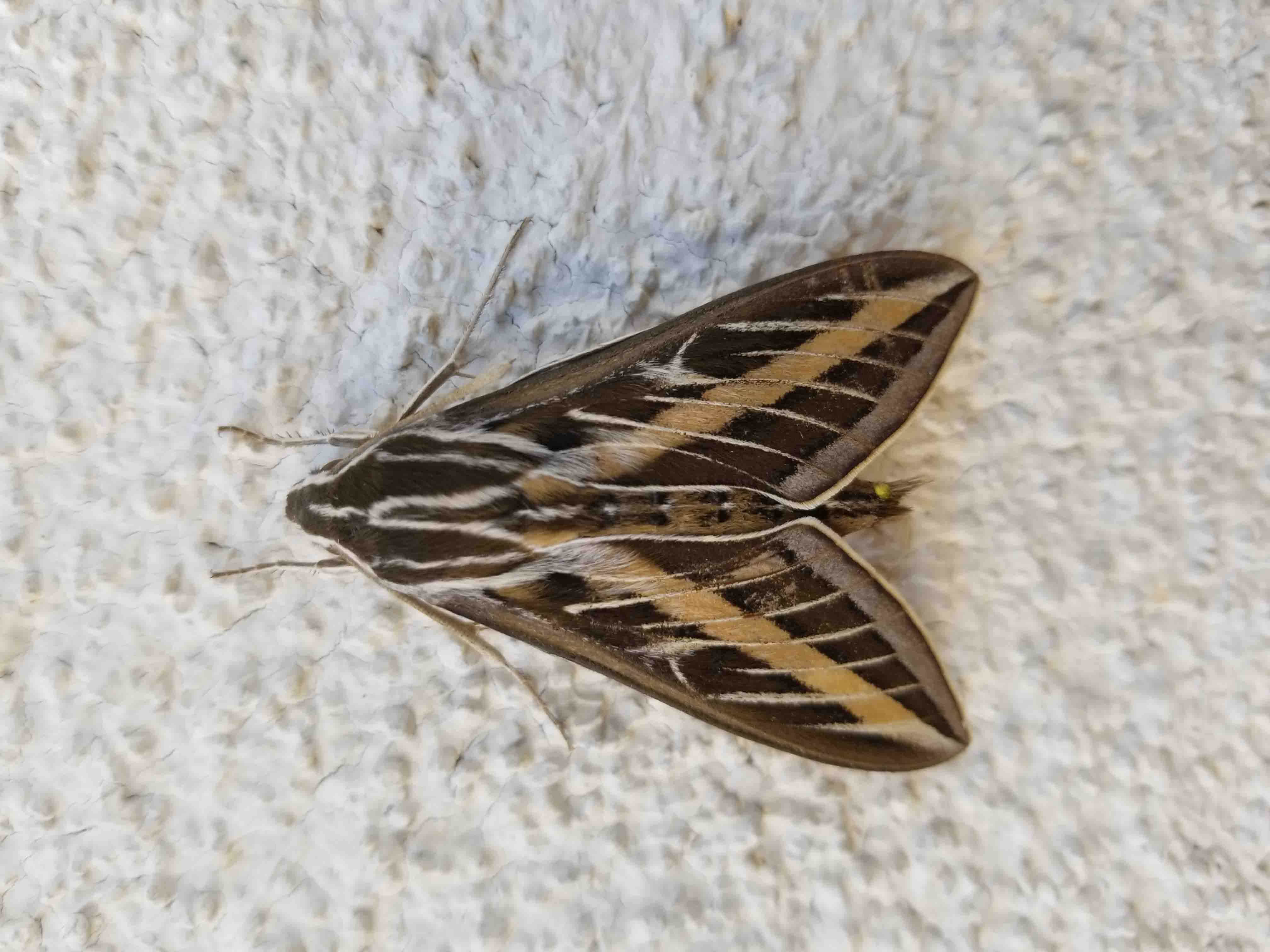 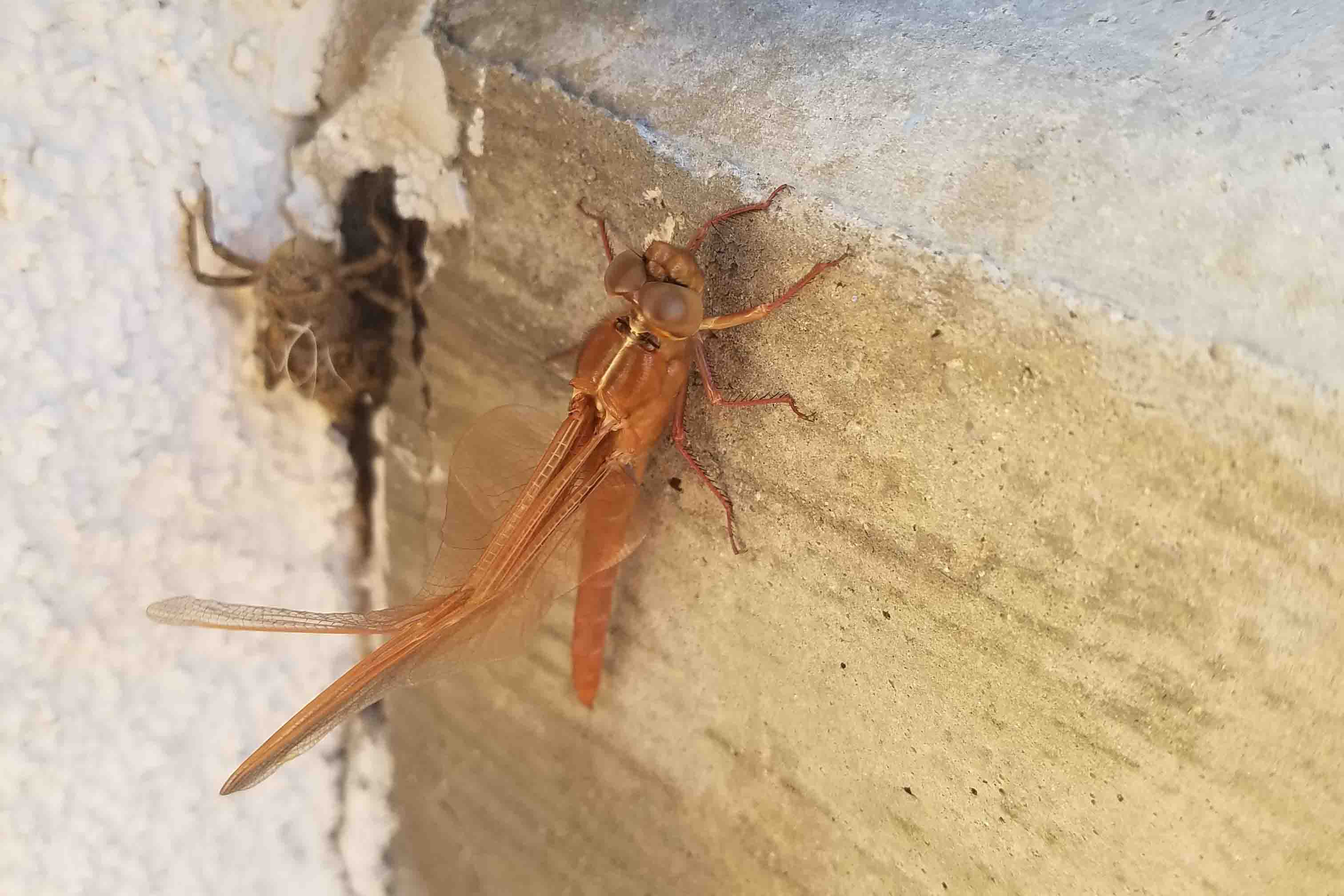 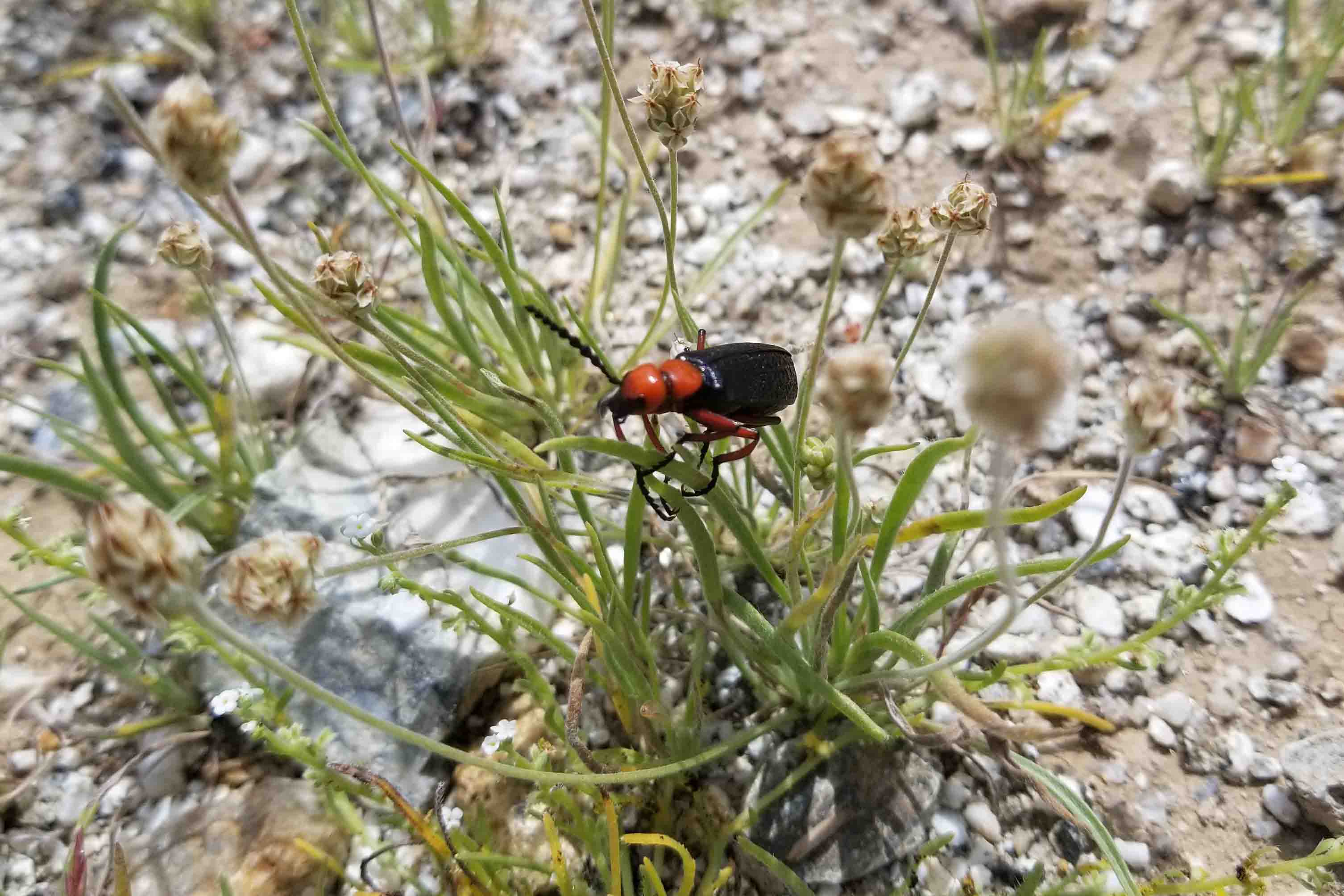 Above left to right: My field collection tools, with water bottle, field notebook, mini plant press for plant specimen collection, wide-brim field hat, and hand aspirator "pooter" on top (like those purchasable here). The white-lined sphinx moth (Hyles lineata) was common at the sheet trap even in the morning, while some skimmer dragonflies (family Libellulidae) were drying next to their nymphal exuvia around the research center's water feature. Master blister beetles (Lytta magister) appeared in a swarm to feed from Plantago species foliage. 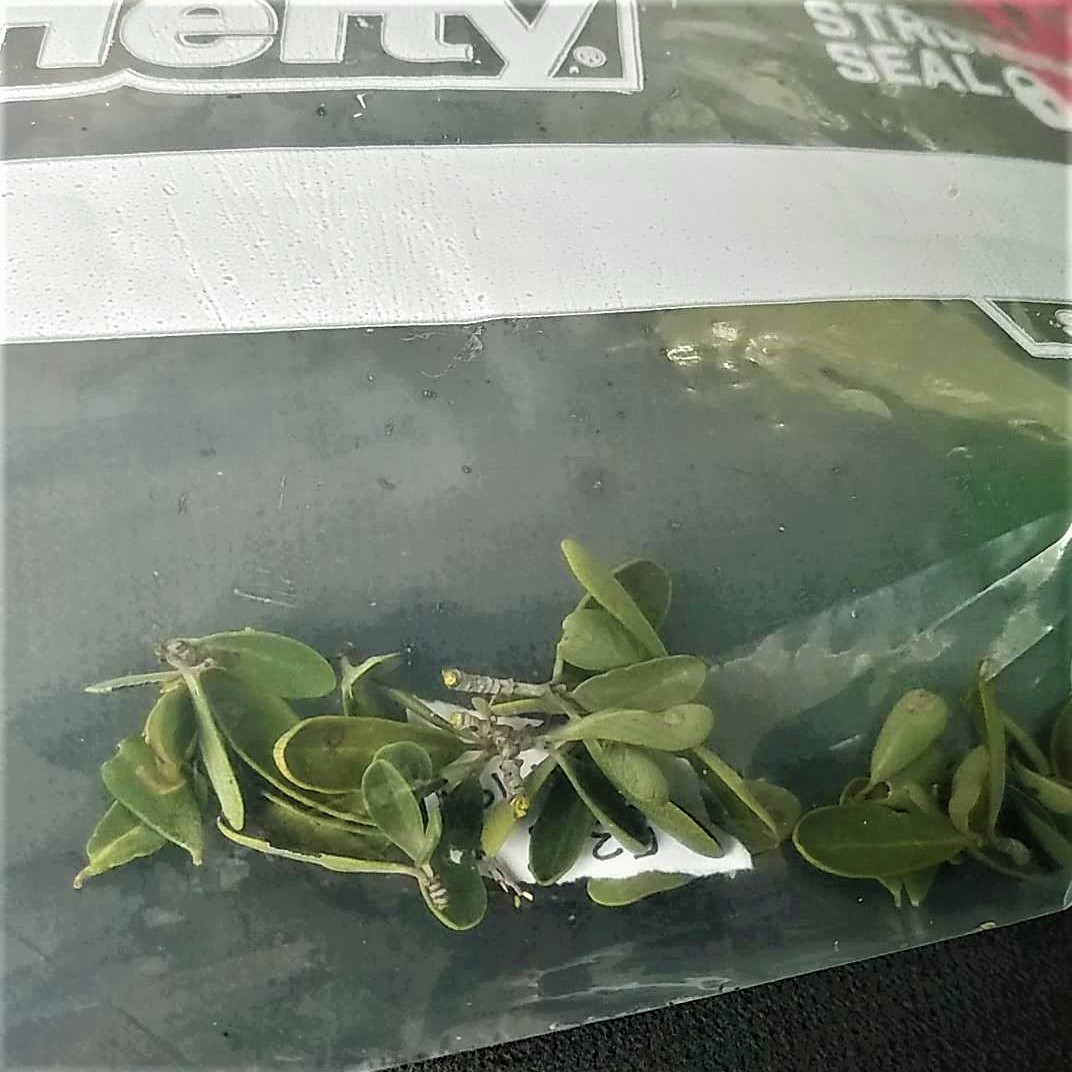 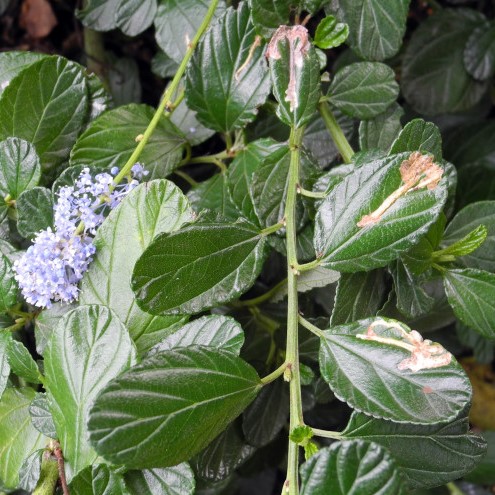 Zach went with Grinter and Bettman to collect leaves from a genus of plants, Ceanothus, specifically the foliage where leaf-mining moths had recently deposited their eggs. Many families of small moths within Lepidoptera are leaf miners, with trumpet leaf-miners (family Tescheriidae) and some Gelechiidae previously documented using Ceanothus as a host. Grinter and Bettman were going to try rearing the larvae out of the leaves; they had previously reared over 100 specimens of a different species of leaf-mining micro-Lepidoptera, and they were going after a different species this time around.

The second night at the research station was our last. While it was not as windy this time around, there was still a dearth of insects at the sheet, probably due to the cold. We left early on Sunday morning and didn't get to see Grinter and Bettman sort through the bucket trap from the night before, but took with us our decent haul of incidentally collected insects, which we are still processing.

With the cold and the wind, we didn't quite get what we needed, but a few things we wanted: new insects for CCBER's collections, valuable experience with expert insect trapping and preparation techniques, and a view of the beautiful blooms that were just beginning to come up. Best of all, we had a fun time. Thanks to Rachel for driving the whole way, to Zach for meticulous notetaking, and to Chris Grinter and David Bettman for giving us such a great experience! 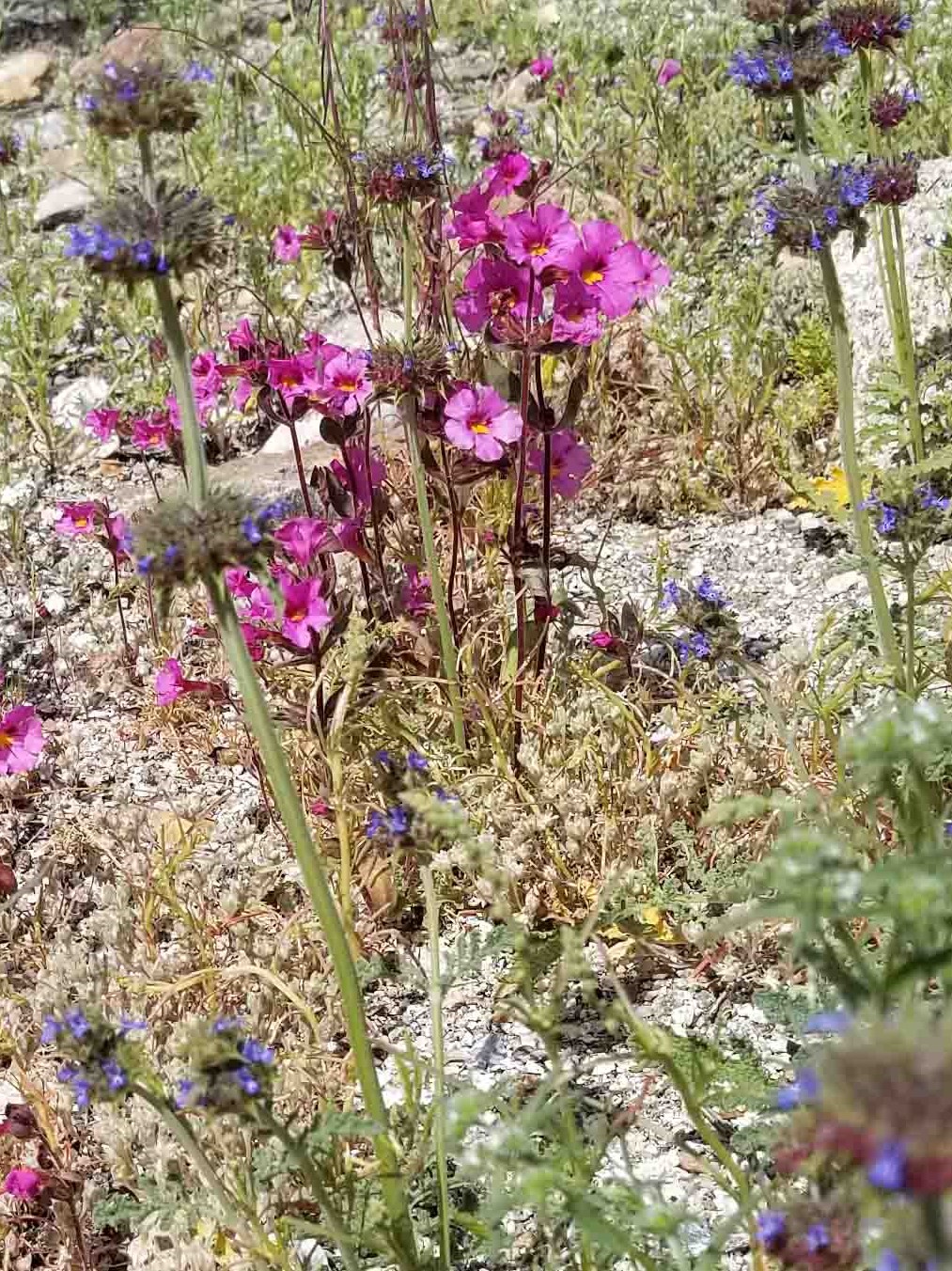 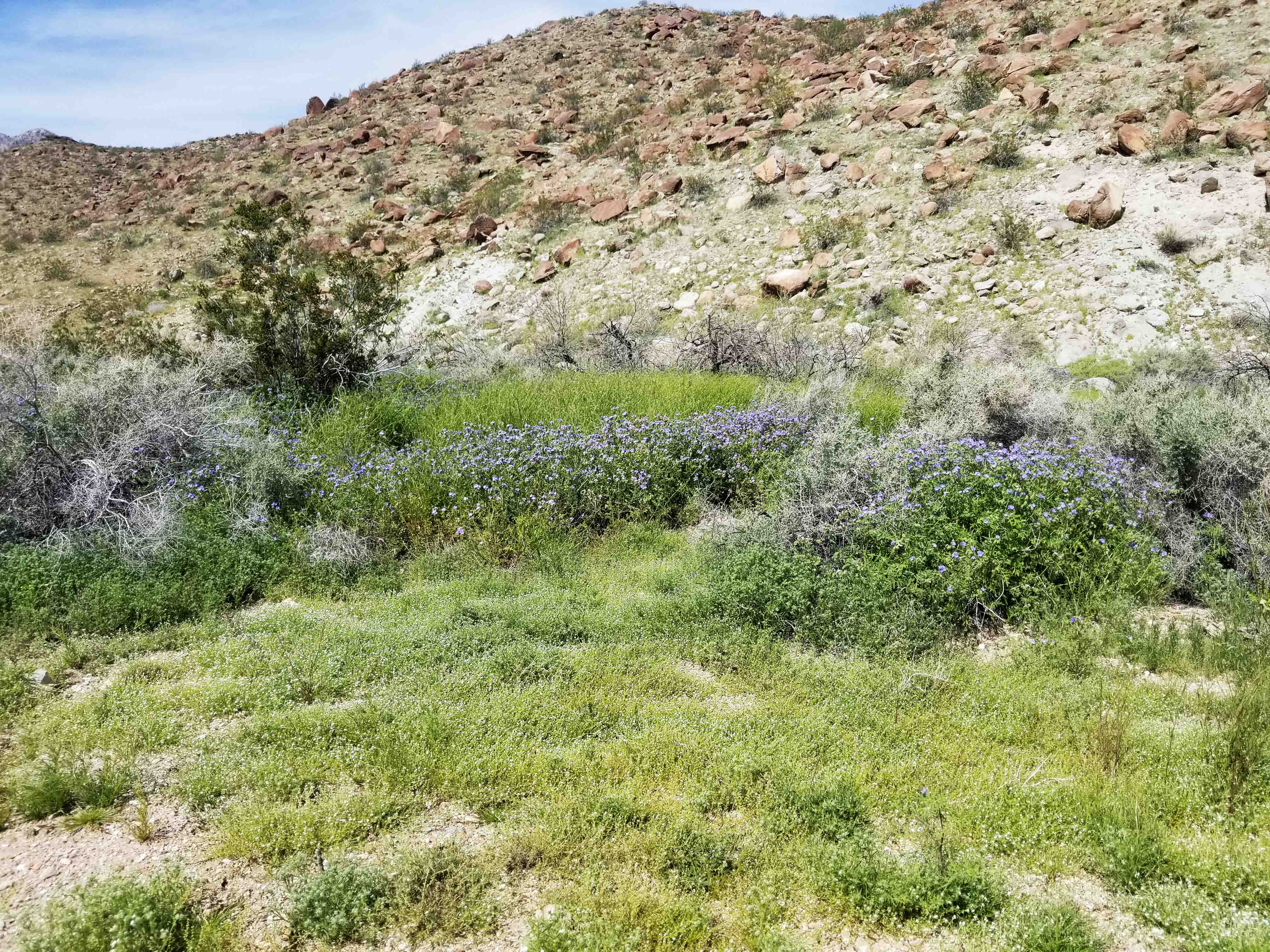 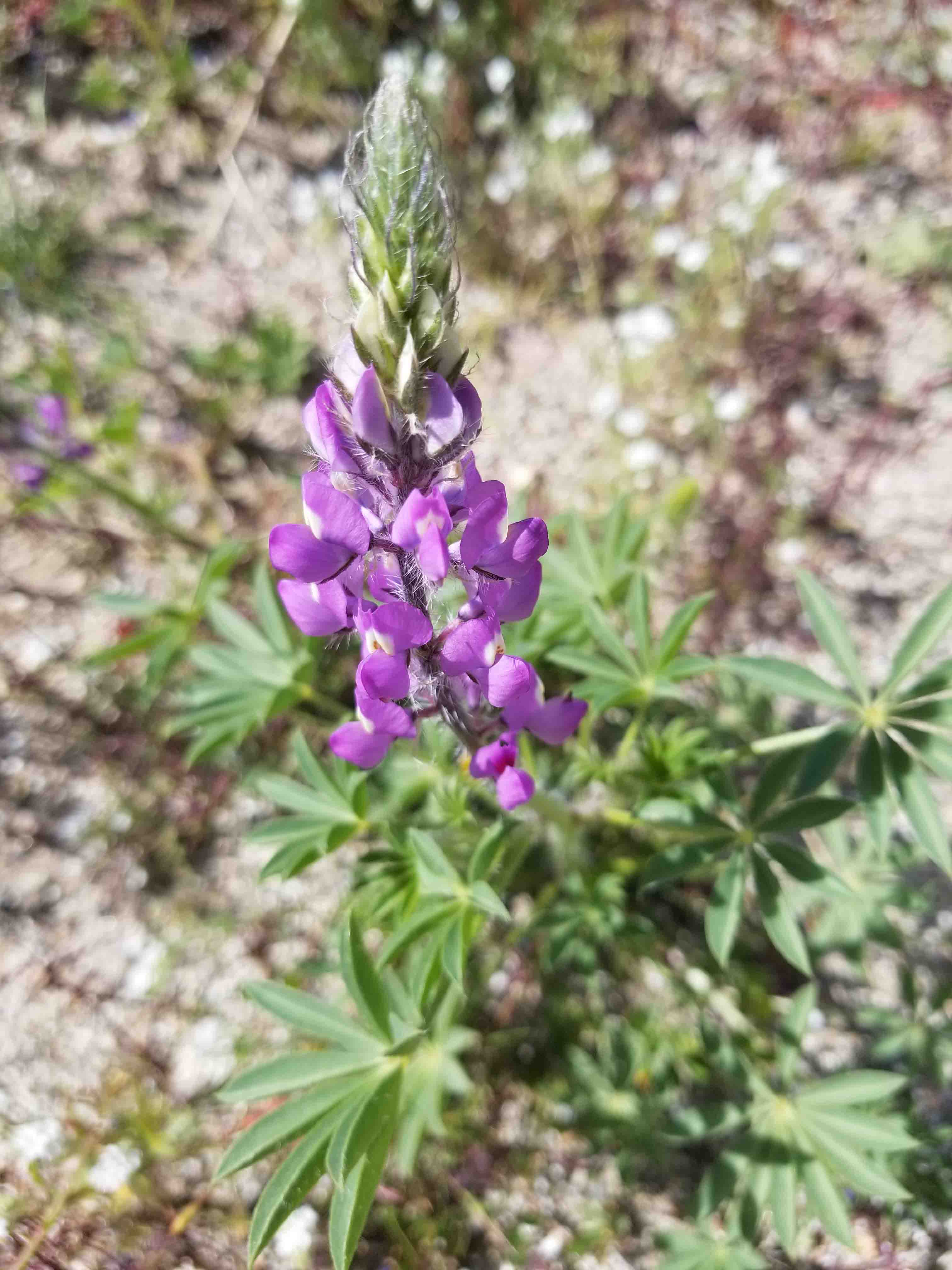 Follow the link below on how to set up blacklight traps yourself.