West Depression is a 1 acre coastal dune habitat area between Manzanita Village restoration site and Lagoon Island. The primary outfall from the Campus Lagoon is from a weir that conveys water underneath West Depression into an outfall box on the beach.

In 2005 the site was relatively flat with very little topographic variation and completely dominated by iceplant (Carpobrotus edulis) with native dune and salt marsh plants along the more extreme margins and intermittent patches of non-native ripgut brome (Bromus diandrus) throughout the site. Iceplant was controlled by method of 'solarization' using sheets of black plastic (6 mm thick) to trap heat and moisture and block sunlight from August - December, 2005. Native species were seeded and planted during the winter and spring of 2006 into three habitat zones created as part of the project: coastal dunes, coastal sage scrub, dune swale, coastal strand, and salt marsh. Extensive hand-weeding of ripgut brome grass (Bromus diandrus) was required during the spring and summer of 2006 in order to decrease competition to native plant establishment and keep the non-native grasses from setting seed. Species diversity on the site has increased from an iceplant monoculture to a diverse native-dominated plant community with over 35 native species. 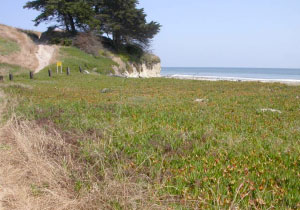 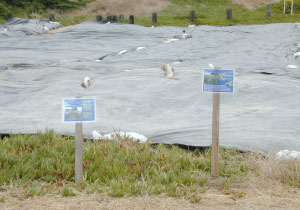 Significant natural events have affected the site and reflect a regime of disturbance characteristic of coastal dune sites. Namely, high tides and large wave events coincided on December 21st, 2005 and in January 2008. These events brought in huge quantities of seaweed and wracks of driftwood and Arundo donax along with pulses of sea water. The first event occurred when the black plastic was still covering the ground, so in the process of using heavy equipment to unearth the plastic some topography was created to form a shallow swale which favors salt marsh vegetation and some small foredunes which support a variety of dune species. The 2008 event brought a seawater and driftwood pulse which partially leveled the foredunes and altered the soil salinity so that several coastal sage scrub species, such as Artemisia californica and Encelia californica, died. The result is that the ocean side of the project has been re-set to an early successional stage in dune formation dominated by beach salt bush (Atriplex leucophylla) and beach bur (Ambrosia chamissonis). Interestingly, historically such intense storm events are not common; in fact the 2005 event was the first time in 25 years that high tides and waves from a storm had breached the lagoon. It is unusual that these two storm events occurred so close together. 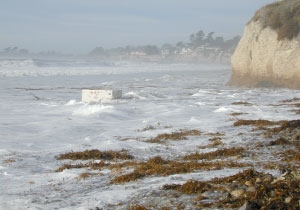 Figure 4: Large waves in 2005 flooded the site and covered the site with seaweed and driftwood. 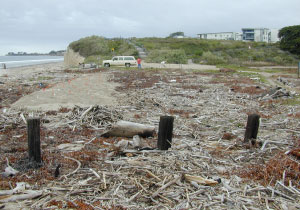 Figure 5: Driftwood and seaweed after a large storm. 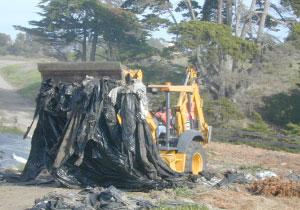 Figure 6: Heavy machinery had to be used to remove buried black plastic use for ice plant solarizaiton.